[This text was taken from the possession of a madman claiming to have returned from “The Sclerotic Athenaeum.” This one believes the poor fool hit the sugar-water a tad too hard for one as tail-less as he. Nonetheless, the scholarly whiskers in this one’s jaw tingle at the possibility that he came from Hermaeus Mora’s Apocrypha. Either the scrap of water-stained parchment is sincere or the unfortunate saadiq is far too moons-sick to comprehend the creativity he possesses. The contents are disturbing, to say the least and this one would be loathe to rule out any origin. Ji’Zalo will probe further.]

In the first there were no Sload or Larvae or Swimmers or Knowings on Nurgh. How Nurgh came to be matters not, as Music for fools, Dawns and Suns and Pierced Hearts flung from Towers are among that which inspires Love. The Sload Love not.

The Flat Remembrances stood undefiled and unblemished and underkenned with the buoyant burdens. The first was Thras the Biggest, who fell a shadewraith from the East, crossing heartpath and stars, landing with tidal precision and displacing vast pearled seas with his size. For a time Thras stood solitary, filtering on the bounties of the deep, contemplating his sleeve and lulling in wait. From his numerous follicles, Thras delivered a vulgar clutch of ten-thousand-and-one scores of beaded effort, uninitiated Seeds to learn the Truth of Thras and the Indignation of Nurgh.

The Great Feeding brought manyscore Swimmers back to Thras and those remaining knew the stern and uncaring nature of their broodmare. Cruelty is the first tenent of the Sload.

Upon the face of Thras, a pox grew of coral and cirriped, unkind hearths hardening the inflamed skinfolds of the Spawn of Thras. The Knowings sloughed bloated seacorpses and Thras shewed his spawn to dominate death for he knew from his spawning. Those of Thras knew pitch-plumed [un]death, the second tenent of the Sload.

Fourfold a visitor stepped upon the mottled swells of Thras, each bearing Knowings that the Sload would know.

The Horned Child taught the spawn shrewdness and the haggle; to wager over another and engage in baleful exchange. Prudence is the third tenet of the Sload.

Ruddy Bal taught the spawn the value and handling of the animus for convenience and profit. To arrive in the Void is to traffick in the blackest creatium. To become the Master is to abandon Servitude to Nurgh. Subjugation is the fourth tenet of the Sload.

The Rot Mistress taught the spawn to taste and pass putrid sickness. She-Rot instructed in the machinations of the shadeworm and thereby to impose upon the worm’s court in angular perfection. Pestilence is the fifth tenet of the Sload.

The Aldkey taught of beauty and its manifold sins. Care not for the light and scorn all who are not You. Enter no gambits with they who would so swiftly take you underfeet. Become kin to the thrumming doom and know thy place. Dread is the sixth tenet of the Sload.

Thras thundered in answer that the Fourfold and its kin are but detestable and insignificant in the sea of Void, that to persist is to scorn the Wheel.

“Take their Knowings, my progeny, but give them nothing,” Thras said to the Sload. “Take their spheres, my children, and let them want for more. Take their spokes and their flails, my blood, and smile not for they deserve not your pity nor mirth. Unmask thy form only to discern no mask at all. As the numerous Thrassians grow to stress Nurgh, so too do multiply. Go, my pawns, deny all that would be said unto you so that This Old Pitted Marble and Bile may seize that tattered mantle whence congealed.” Anathema is the seventh and final tenet of the Sload.

Many of the Sload grew and prospered, gorged upon the Knowings until their Knowings were absorbed into their girth, rippling and rotund as the tides. 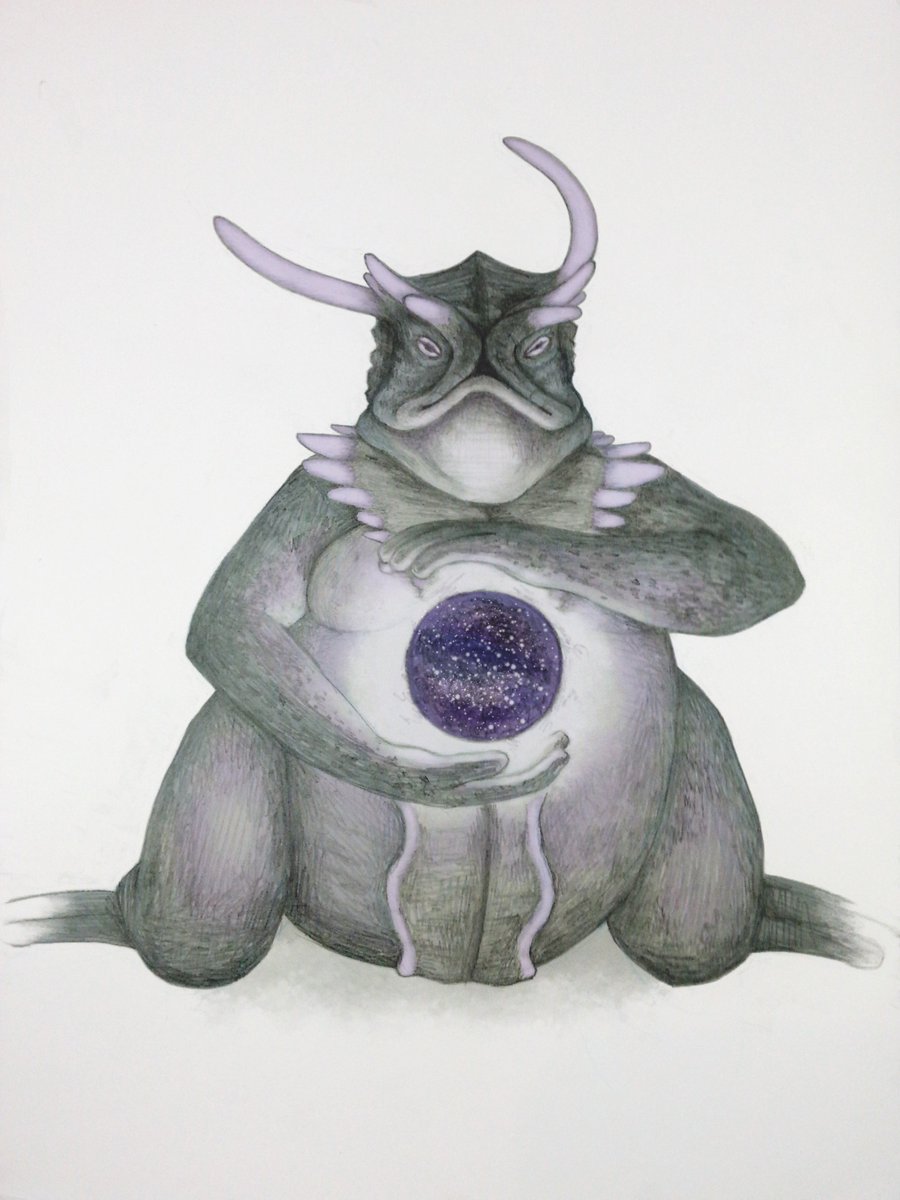 It seems Ji’Zalo missed a crucial portion of this document. It only took a cursory application of natural acidic alchemical reagents to reveal this addendum on the back of the delicate parchment upon which the original was discovered. This portion continues the personification of the isle of Thras, but includes references to a “Driftwood Man.” No records of such an entity exist in our collection; the closest is the Woodland Man of totemic Nordic belief. Further inquiry is necessary.

A Man landed upon the shores of Thras. Thras did know this Man, and held him in contempt, as Thras holds all.

“I may show you many things,” the Driftwood Man said. “I can grant you many Knowings.”

Thras, who Knew much already, rebuked the Driftwood Man.

“There is little one can teach Thras.”

The Driftwood Man, with his dripping raiment and eye of cold Old Wood, spoke the Knowings of Ruddy Bal. But still Thras knew.

The Driftwood Man, with his piecemeal feet and hands of stone, spoke the Knowings of the Horned Child. But still Thras knew.

The Driftwood Man, with his deepest oceans and fathomless pits, spoke the Knowings of the Rot Mistress. But still Thras knew.

The Driftwood Man, with his girdled width and terrored skin, spoke the Knowings of the Aldkey.

“The Driftwood Man can show Thras no tennants unturned!” Boasted the Biggest. “Begone, Makeshift Star. May its lights be dampened and its words be forgotten!”

“I will leave, if that is what is desired,” the Driftwood Man said, “But allow me to take a measure of your clutch so I may feel your Anathema from my Forest of Kelp and Twisted Words. I would know it and learn from it. I have no need of souls or the dust of dreams, but your hatred is one thing I welcome.”

And so Thras begat eight bloated sacs of spawn, and the Driftwood Man turned them sideways and twisted them until they were no more, changed and confused, lurking now in newfound and repeating sludge.

“By my aggregate form, I take your gift and make it my own. Your Swimmers become my own School, and I have bested you, Shade of the Worm.”

But Thras was unphased. “Go now, Epoch Rift, and know hatred like the rest. Hate the rim, hate the spokes, hate the gaps and the ropes. Hate the words said from far away and the road held as sword. Feel no Love, Driftwood Man, for we offer none here. Begone, filth.”

And so the Driftwood Man left, laughing HO HA HO.