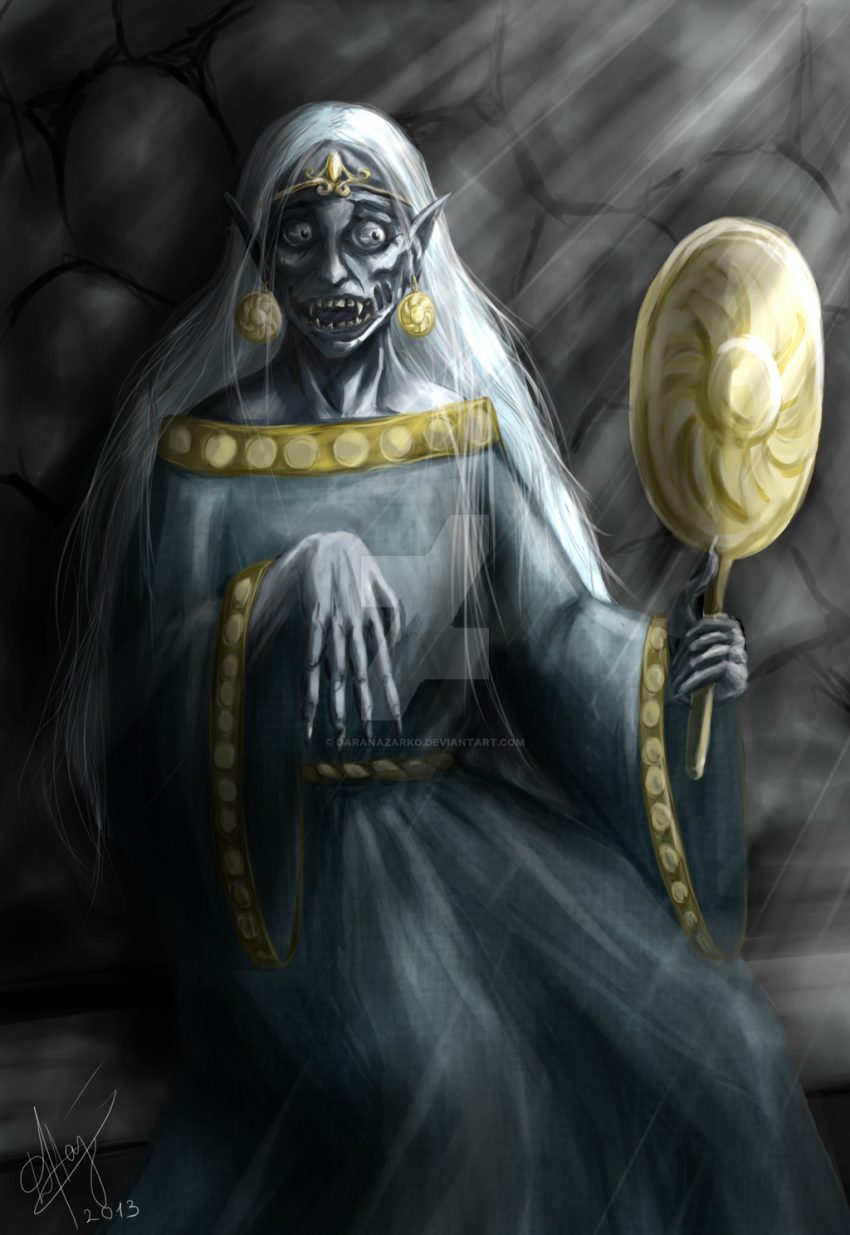 In an ancient manor of present-day Glenumbra, there was a beautiful maiden beset on all sides by countless suitors. Lady Trame d’Mall was of noble and gentle stock, rumored to be the heir to a vast and deep fortune. Many a lad travelled to her family chateau in search of love, fortune, or both, to court and woo the heiress, but none could prove their mettle to the Lady.

Word spread through the nearby countryside that Lady Trame d’Mall’s father, now deceased, had decreed as his dying wish that all suitors must successfully pick the right of three chests, the true path to the heart of the Lady. Handsome men, strong men, and silver-tongued men all came to Chateau Trame d’Mall from near and far, and all danced, dined, and made merry with the Lady, but none could choose true and all were never again seen in Glenumbra out of insurmountable shame.

One day, brave Lumiere, an intelligent Breton lad of meager stature and modest stock, endeavored to raise his family’s name through marriage to the comely Lady Trame d’Mall. While not remarkably handsome, he was known for his quick wit and his messy mop of flaming red hair. He entered the Chateau, greeted by a dull-faced sickly man, one of the Lady’s many manservants. Within the foyer of the chateau stood a neat array of the remaining servants, all equally squalid and tired, as clearly the Lady’s requests had her servants performing around the clock.

Lumiere was escorted by a different servant into the Room of Chests near the rear of the manor, wherein waited the alarmingly alluring mistress of the house. Clad in a flowing gown of pretty lace and thread, with a figure and face to make Dibella weep for joy. Lovestruck, he professed his admiration for her. She demurely presented to him an altar. On the altar sat three small coffers–one of ebony, one of ivory and one of iron.

“In one of these three chests lies my heart. Choose true, and you shall have what is yours,” Lady Trame d’Mall whispered in his ear. The hair on the back of Lumiere’s neck prickled in anticipation. Her breath was fresh like the evening air and her soft, melodic voice incited uncouth images in Lumiere’s mind.

Lumiere approached the altar and regarded each box thoughtfully, spending what seemed to Lumiere like an eager and anxious eternity. The ebony chest was brilliantly gilded, depicting bas relief sculpts of flowers and frolicking satyrs. Lumiere thought the ebony chest was too obvious, and moved on. The ivory chest was simpler, with a fine filigree along the corners and a crest marked with a lion. Lumiere, being as bright as he was, knew that the Trame d’Mall crest was deviced by a raven’s talon carrying a bone, and so continued to the final chest. The iron box was a simple cube with a lid, unremarkable except for its padlock, which was polished to a high sheen.

After much deliberation, Lumiere decided upon the chest of iron. A sluggish manservant silently brought Lumiere a brilliant key. With trembling hands, Lumiere inserted the key and removed the padlock. The room seemed cold, but Lumiere was sweating. The manservants had all filed into the room to watch the result of Lumiere’s choice and lined the walls.

With a swift upward thrust, the lid was opened and what should Lumiere find but a human still-beating heart.

Turning to face the Lady in confusion, he instead found a gaunt, terrible, decaying form of what was once a beautiful Breton aristocrat, now clothed in tattered robes and a lurid blue glow dancing within her otherwise empty eye sockets.

Lumiere yelled out in horror and the manservants, with their sunken eyes and pale flesh, all stepped forward in unison, reaching for Lumiere. The Lady swept forward and kissed Lumiere on the mouth, and he could feel his eyes flutter as his breath was sucked out of him.

Some time later there was a knock at the grand entry to Chateau Trame d’Mall. A manservant with messy red hair answered and beckoned the new suitor towards the rear of the Chateau.