An Excerpt from “The Misunderstandings of the Sload”
Professor Troupe-Naife, Imperial Arcane University 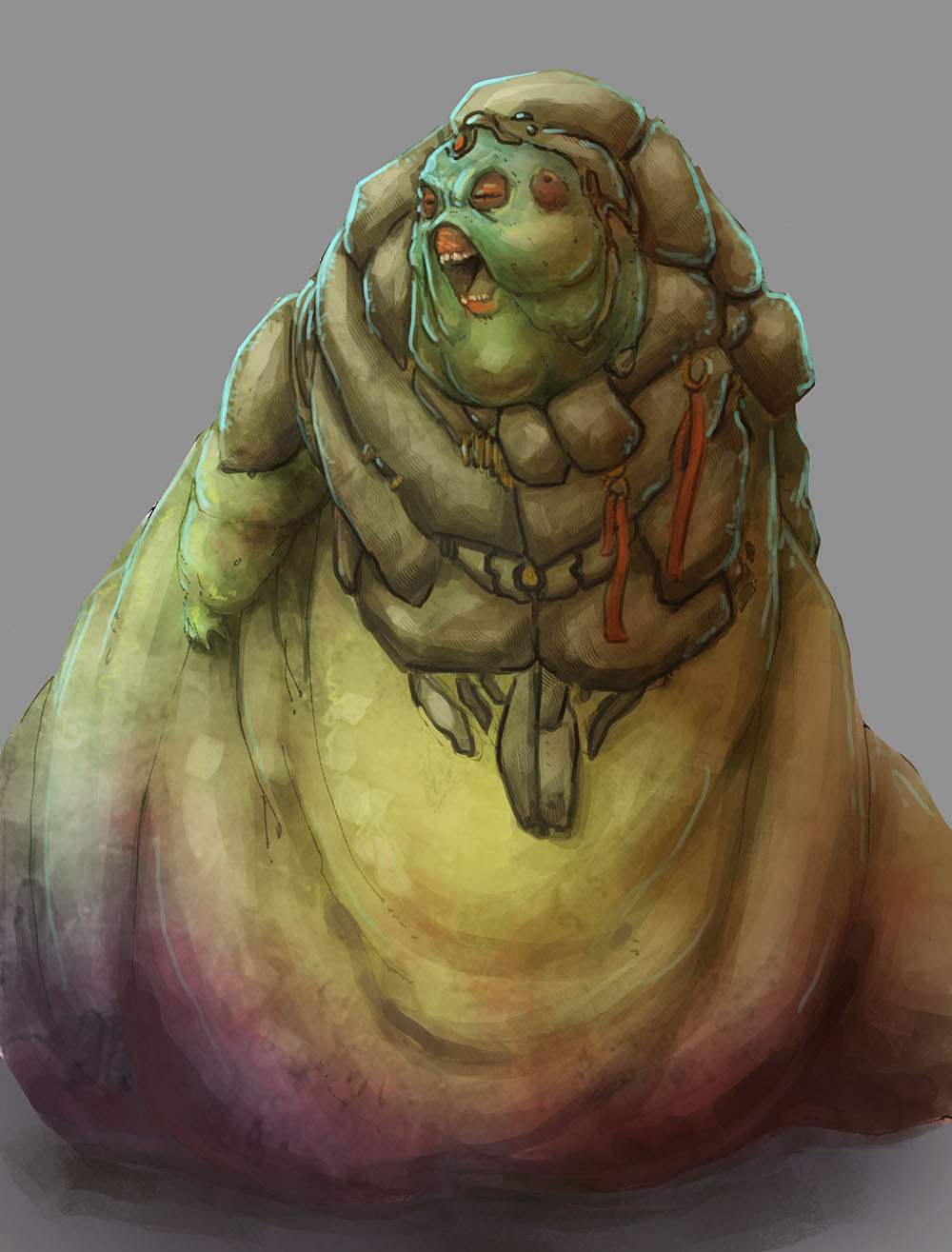 To the Far West lies the alien and distant archipelago of Thras, the Coral Kingdom of the Sload, a “menacing” and “horrific” land, where “naught but nightmares dwell.” But the Sload—are they truly the things that go bump in the night? Are they honestly and veritably the source of terror and filth the layman believes them to be? Or could it be that we Tamriels have taken little upon ourselves to truly connect with and understand our maritime neighbors?

As a scholar, it is important to consider as many sources and perspectives as possible, lest our educational endeavors become stagnant and ill-befitting a seeker of honest and well-meaning Truth. It is in this light that I must posit that the Sload, rather than being the malefic bile of lore are simply misunderstood fellows under the self-same firmament to which we lay claim.

Let us take, for a moment, into consideration the “soap” that occasionally makes its way onto the shores and piers of those western provinces of Hammerfell, Summerset, and High Rock. Rumor has it, uttered with trembling and bated breath, that the soap is crafted from the mushed and pasted remains of Sloadling larvae, but in all my research, never have I found a verifiable source to corroborate this gruesome claim. It is likewise said that those who venture to Thras never return. However, in all my extensive educational career and in my travels from every corner of Tamriel to the others, not a single such individual intent to visit Thras has ever fallen before mine eye.

It begs the question—could it be that our collective fear of Thras and the undeniably subjective habits to which we are subservient have created a cul-de-sac of rumor and fear resulting in our desire to remain separate from they of Thras? We say none return, but have any landed ashore in Thras to begin with? It seems to me that my Tamrielic brothers and sisters have been wholly transfixed by terror of the Coral folk that rumors about them are entirely unfounded!

The point I make is that rumors such as the one in which the Sload Soap finds itself enveloped are just that—rumors! All we think we know is leftover propaganda from the Thrassian War an entire era ago. The All-Flags Navy famously traveled to Thras, and it bears pointing out that many returned, but the descriptions we scholars received were colored by the crimson tint of war. Outrage for the Thrassian Plague and a thirst for Sload blood makes any information of the time subject to be held between the teeth as a grain of seasalt.

Perhaps some brave studious soul will endeavor to travel to the Archipelago of Thras and put a rumor or two to bed once and for all. As it happens, this humble scholar has taken it upon himself to hire a mariner company out of Stirk and travel with open arms and flying the colors of benevolent learning to Thras, and, with some good fortune—should the Old Lady grant it—share handshakes and knowledge between Tamriel and Thras.

[Note from the Publisher: Some time after the departure of Professor Troupe-Naife, one of the crew members of the Hammerfellian shipping company washed ashore the banks of Stros M’Kai, claiming to be the only survivor of his entire crew. He told healers the horrific final moments of his crew, and that the Professor was drawn and quartered, kept alive by Thrassian necromancy, impregnated with strange pupae, and dumped into the spawning pools of Thras. The seaman, apparently grossly diseased by a host of maladies, some of which previously thought to be extinct, died three days later in quarantine.]