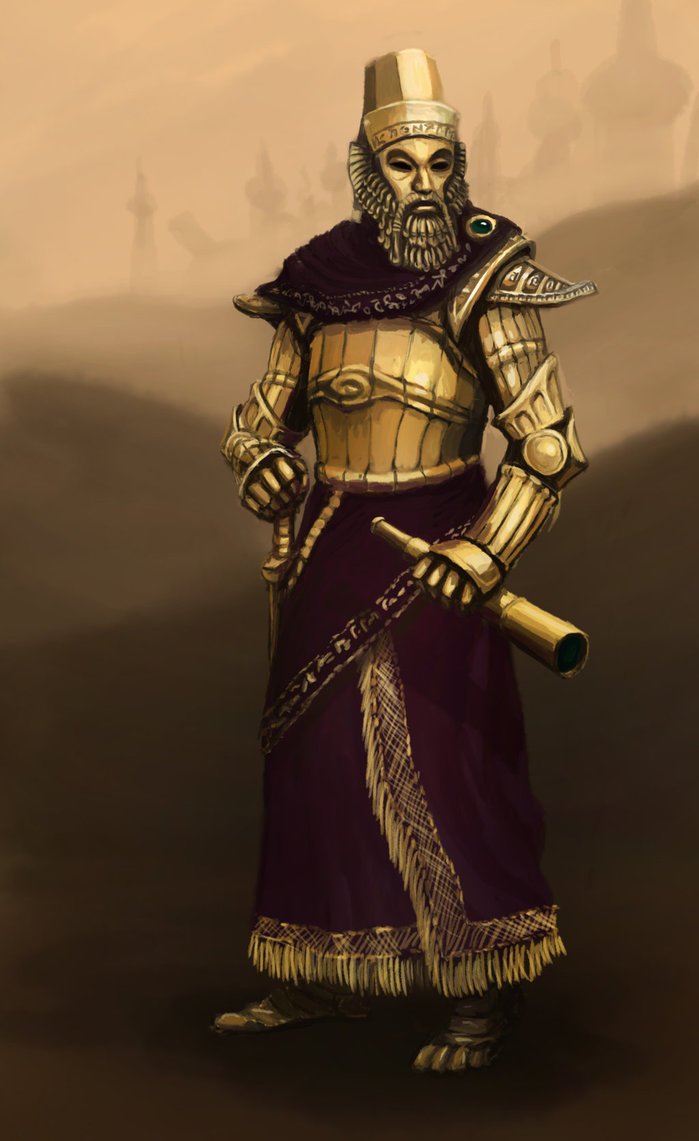 Not many people know that the Dwemer were secretly time-travelling goblins who followed their king Kag-Renac into the past when fleeing from the assaults of the Nords. They cast some kind of spell and ended up in the Merethic Era and set about building a home for themselves in ancient Resdaynia. Their structures’ design they borrowed from Sheogorath who gave them the secret of music which they made from the bones of their ancestors. These goblins did not follow Malac or any other goblin-god, but instead worshipped numbers and geometry, and held sacred strange noise which they called ‘tones’. Once, they encountered a large Nordic tribe who called themselves giants and named them in turn: ‘Deep Folk’ or more accurately, the “short ones who are so small it is as if they are standing in a ditch when we speak to them.”

The Dwemer were quite vexed at such an appellation and vowed to hunt these giants to extinction, bringing forth humongous war machines to slaughter the Nords for their chiding. These were in actuality no more than bits of metal strapped to people which the Dwemer called ‘armour’. Coming to hate the oppressive world they were living in, and not much liking being called ‘short-folk’ either, the Dwemer constructed the biggest goblin known as Nyumidium, the tallest and most powerful of goblins. It made war on the Nords and slew their king Shyorkhan and his adviser, Daggot-Urr (I’m sure that’s what the wisewoman called him). The wisewoman also called him the Shah mat, but he didn’t sound much like a Khajiiti carpet to me. Anyway, these Dwemer sent ‘ol big goblin off to ravage the Nord army, but it got lost and ended up trapped in a mirror or else on the 9 isles blown up by a bear who took the form of a wizard, if you can believe it (and it is true!).

So these goblin folk studied their numbers too closely and zero-summed having misinterpreted their equations, and this left them in the Merethic era with their buildings and creations blown backward through time with them. Some of these goblins made their way to the colder climes up north and settled in what would to us be called Skyrim, here they took on the name ‘Falmer’ meaning people who live in snow, and for a time they prospered, until they, too, were subject to the Nords’ chiding about their height. But enough of them, this is about the goblins we know as the Dwemer.

There it is, the truth in sequence, the Nords were goblins, the Dwemer were even shorter, uglier goblins, and the Falmer are snow goblins. Praise the Abyssal Cephaliarch for such revelations!

Now why do I seem to be craving cheese all of a sudden?

“Dwemer General”  |  Illustration by Swietopelk for the Skywind Project.