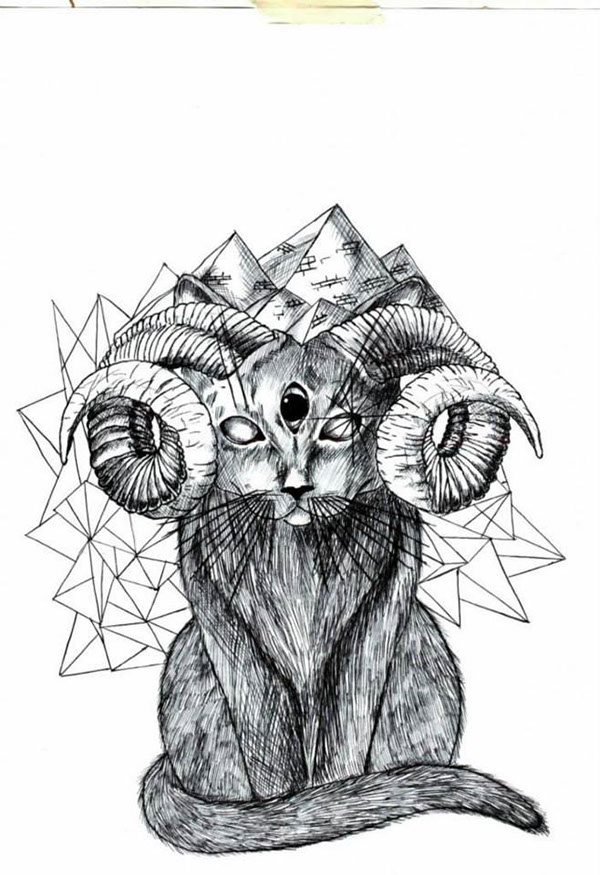 A Horned Cat arrived on the vast sands of the desert. Bold, confident, and radiant was he as his voiced called for an audience with Nirni herself. His heart beat once in protest, but he ignored it.

Nirni looked upon this Horned Cat and deemed him strange, yet she allowed him passage through the sands. For this kindness, the Horned Cat promised to give wisdom to Nirni’s Children.

The Horned Cat then asked for audience with Azurah, calling for Great Secrets in exchange for his own. Azurah, haughty and proud, refused to coalesce and bid the Horned Cat an unkind farewell.

The Horned Cat then looked unto others who offered different shapes to the Cat-Folk. He looked at the Cats who spun in circles and spoke in riddles. He knew he could do these tricks to impress the Children of Nirni and ignored his heart’s reproachful beat a second time.

He smiled and took an honest Litter under his arm. With his radiant lights, he won some of their strongest affections with blessings and confectionary sweetmeats. And the Horned Cat was pleased by their loyalty they gave to him.

The Horned Cat had offered many gifts to Azurah’s children when her gaze was away, revelling in their desideratum. For their shapes could be any in the fields he ruled over. He sat with Fadomai’s Litter and offered his broker skills, to which the Children agreed.

Nirni, furious at his audacity, spurned the Horned Cat and offered him no shelter among her children.

But the Horned Cat laughed and showed her what he had done. In his time, he taught her Many to be the best deceivers. His opulence shone unto the youngest walkers who from him learned the ways of trade. These, he said, would be the wisdom he had promised her before.

His heart cried out a third time and he spat it out. But when he cast it out, the effort had taken a greater part of his power with it. And with this power, the heart named itself Baar’bas.

Undaunted, the Horned Cat continued his work. For he was Clav’cus the Serene Cat and his beats were now silent.