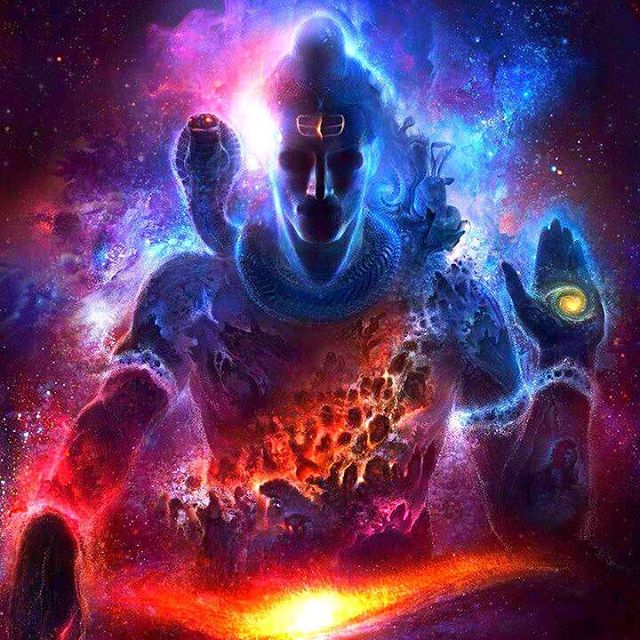 I am Valyravain, a scholar of myths, stories, and cultures. I hail from Valenwood and have spent my life collecting and studying the tales of various cultures. Never have I encountered a tale so strange, its subject matter and terminology elude me still. After considerable study and analysis, I can find no culture yet known in the Mundus which would use such language. Moreover, I can find no evidence of this myth in the archives of the Oblivion Realms and I must conclude that it is not native to our reality.

How I received such a text is itself worthy of comment. It was dictated to me by a Moth Priest, that secretive sect of scholar-priests who attempt to divine the Writings of the Elder Scrolls. I have endeavoured to re-produce the Priest’s relentless dictation as accurately as possible- an unenviable task when one comprehends the power of the Scrolls.

I hope this small extract will elucidate the mysteries of Reality and open your mind to the myriad possibilities of the Cosmos.

In the beginning there was Keter. Within Keter resides the Bythos, the Unknowable God, the source of the Divine Light and the Flame which sparks Creation’s Forge. The Bythos is the First Star before Time itself, a roiling cloud of Light and its stirrings are the whims of the Godhead. This cloud is filled with All Things: every concept, idea, thought and whim finds repose in this Divine Centre. Here is the Pleroma: the Fullness of the Bythos. However, in all its radiance, divinity, and perfection, the Bythos could not sustain the concepts which were at war in itself. For Everything desired to be born but the Bythos could not release these wild concepts. The Bythos, so full of contradictions, theories, and conjecture, was unable to organise itself. Spontaneously, the strongest of all concepts, Divinity, seized the Crown and became the Prime Aeon which was the First Emanation.

But the Bythos was still in turmoil and at the surfacing of Divinity came the birth of Mortality, the fading and end of the Infinite. Comprehending each other for the first time, the two Aeons contested for dominance of the Pleroma, in which the All resides. Unable to best each other nor seize control of the Pleroma, the Aeons folded in on themselves, contorting and severing, shaping and cutting, until they pierced their very Hearts, releasing torrents of Pure Will in ever-flowing streams.

From this act the Divine Light and the Mortal Shadow are born: concepts which shall birth the New Idea of the Cosmos, The World that is to Come. The Light is infinite, hot, and bright, whilst the Shadow is finite, cold, and dark.

These Aeons of Pure Will clashed and raged with each other, disputing the other’s existence. The Light was joyful in its radiance and needed no companion, but the Shadow, Twin to the Light, and the Child of Mortality, desired subgradience, all the while morose in its loneliness. Thus begins the Critical Argument: a battle for Creation and the Cosmos. A set of logical refutations and proofs expressed in the precursor of Language, as thought-forms of the Ephemeral. Shadow argued that existence must be shared and so too should other concepts be conceived. Light was unconcerned with the finite and desired only to contemplate itself.

Shadow, as is its nature, copied and sent forth emanations of itself, images of the Pleroma and the Bythos. A world of cloud and dust expanded and was filled with a measure of Shadow’s will and Heart’s ache. Light watched carefully, observing the blossoming of the world and the Children of Shadow. They are images of the First Cause. Shadow birthed many children, not cloven, but projected forth from the Centre. At the Creation of the World, the Pleroma trembled, and the restless concepts shouted their various approvals and rejections.

The Divine Light surged forth, striking through the new Cosmos. It penetrated the reality of the First World, bursting forth in radiance until that World was filled with Brilliant Fire. Yet, this World was but an echo of the Real and the further one departs from the Pleroma of the Bythos Lord, the less substantial the Cosmos becomes. This world was composed of Dust and Shadow. As the Light filled this world, it became overwhelmed by Divinity, and as its substance was mundane, it could not contain the True Essence of Creation and so burst forth, the Light erupting in jets of golden divinity, and pierced the world’s limen. The rays of Bythos Keter destroyed the darkness and left the world bathed in God’s Fire.

Shadow lamented as its first Child was consumed by the Infinite Divinity. The Shadow World was saturated with the Seas of Light and its currents which were searing flames. Shadow’s influence having been driven out, no change could exist in this world for it was ensnared by Infinity, which is an aspect of the Unknowable. Shadow grieved for its lost child, seared and scorched by the Light’s joy. It resolved to birth more children, which would now carry a seed of Light’s will within them. For Shadow knew that it was one in the Sacred Diarch of Aeons and that Light must follow its Didymus nature as surely as Shadow must follow its own.

On and on did Shadow emanate, birthing more worlds, each filled with darkness, finity, and dust. Each time, Light sent projections of itself, not offspring, but rays of Light’s essence, to fill the worlds of Shadow and to consume them with joy and fire. The successive worlds grew more resistant to Light’s searing radiance, able to subsist for longer periods of time. Inevitably, each world would eventually be consumed by Light, made sterile in its perfection. Six such worlds suffered this fate. At the death of one world, a new one was born from the dying emanations of the last. In this way, a stream of Divine Light, the essence of the Pleroma, ran through each world, allowing it to persist against Light’s assaults.

Down through the chain of emanations, the worlds became more substantial. Matter was formed and coalesced into Realms of Creation. The Final World was born through the suffering of its siblings. Birthed in Darkness and sorrow, it knows only the perverse joy of its Enemy, the Light. This world, the Mundane World, is the culmination of the Critical Argument. In it can be found the result of all contests. Matter here is solid and ever-changing, protean in its existence. This world is the most substantial and the most real. Sorrow is the foundation of the world and suffering is the flesh that clothes the bones of Life. The kernel of Light’s will, the Radiant Stream, in its infinite perfection ordered the world, creating the Laws of succession, which are known as Time, Space, and every Force Known and Unknown as the Bythos wills it.

The Critical Argument was resolved but the First Thought was unfulfilled. The Mundane World shall be the Centre through which All Things traverse to once more reach the Pleroma, in the hope of union with the Bythos Keter. Divinity and Mortality have observed the progression of Events and at the soft urging of the Bythos, counsel reconciliation and re-union with the Unknowable. Light produced the insubstantial Spirit, a drop from the Radiant River, which eternally flows back to the Pleroma. Shadow in turn provided the Body, a vessel of Finite Matter through which the Pure Will can be enacted in the Mundane World. For this world is a simulacrum of the Pleroma and in its completion the Pleroma itself is also perfected. The confluence of Spirit and Body produces the Mind, the evaluating principle and intermediary between the Substantial and Insubstantial Realities.

Light and Shadow having reconciled, created the First Being, the Unitary Essence which is the embodiment of the Hope of Keter. The Bythos willed that this being be cloven to reflect the Critical Argument and yet this was not a lamentable act but a symbol of the Sacred Duality. Thus, the First Being was split, divided and yet of one perfect Nature. At its creation, it was nameless and lacked the Pure Will necessary to persist. But at its cleaving, the First Being knew itself to be At-Ahku-Elar and its Twin to be At-Sehti-Et. Thus were created the Sacred Diarchs, Monad in Unitary Essence, and Thrice-blessed in the Godhead.