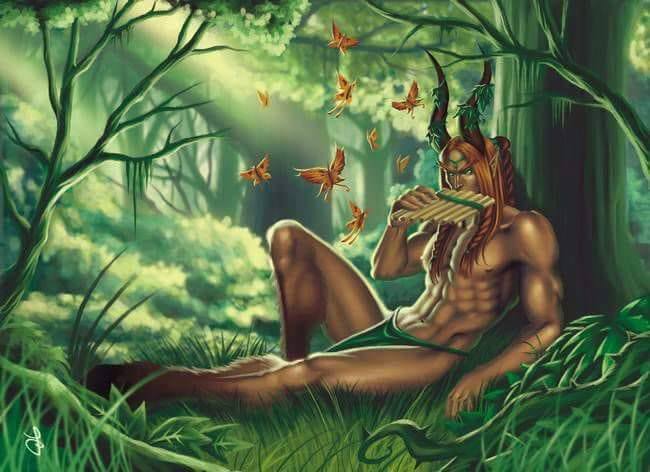 While the denizens of Tamriel are quite knowleadgable about the many Lords of Oblivion, knowledge about the Demiprinces is rather scarce. Many of Tamriel’s denizens are quite clueless as to what Demiprinces are, and some mortals believe they don’t exist, with the most well known one being Fa-Nuit-Hen, the scion of Boethiah, who rules over the Maelstrom.

As time goes on, more of these so called “Demiprinces” begin to appear in literature, and appear to contain aspects of their Princely parent, they are notably eccentric and can be lacking in characteristics such as foresight, memory, cruelty, or willfulness. Some acquire, or are given, minor realms of Oblivion to rule, although many of these pocket realities are bizarre even by the standards of Oblivion.

Today we shall focus on one rather unique Demiprince. He is known by many titles; The Threefold Demiprince — Scribe of the Diblashuut, Stonegambler, and The Flute Pursuant. But to the mortals of Mundus, he is known as Di’Pan, the Father of Satyrs, and the Music of the Sea of Leaves.

Unlike his Daedric parent, Clavicus Vile, who is known by many for being a malevolent trickster, Di’Pan is regarded for being a very benevolent patron, giving praise to his many followers, and is known for speaking in a very calm tone when addressed. In fact, his likeness of mortals has been compared to the fondness of Azura herself, who is known for granting eternal paradise for her worshipers in her Oblivion plane of Moonshadow.

While worship of Di’Pan can be found in every province, High Rock and Cyrodiil have done it the longest, and are the orginators of it. During the early First Era, the proto-Nedes and the Manmer people adopted Di’Pan into their pantheon, albeit as a lesser known deity. His worship was popular among the artists and musicians, who used Di’Pan’s teachings to compose the most alluring music. In fact, some of Tamriel’s most renowned painters were rumored to have given praise to Di’Pan to further enhance their artistic talents.

Di’Pan’s plane of Oblivion is known as the Serentine Meadow, and appears as a tranquil woodland, populated with satyr, Skaafin, domestic wildlife, and Faerie. It is considered to be one of the more ‘pleasant’ Oblivion realms, and is known to have soft rain. Many witches and sorcerers have tried for centuries to open portals to this majestic realm and have failed. Scholars report this is due to Di’Pan only allowing his beloved mortal followers into his realm to spend the afterlife.

Di’Pan’s artifact is known as the Minstrel’s Flute. It takes the appearance of a 12 inch wooden flute, with six to eight finger holes. Its enchantment allows even the most amateur musician to compose the most beautiful sounds. It is a very popular aritifact among music composers, and has even been used in entertainment shows.