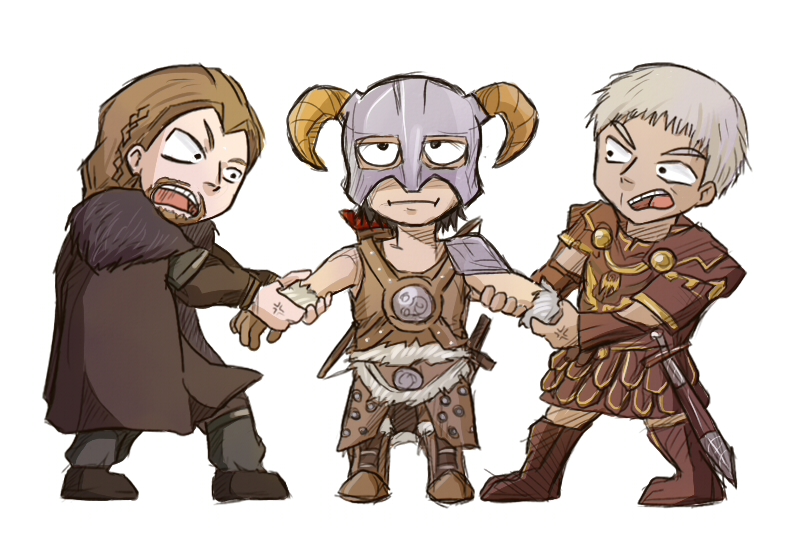 Take a glimpse into the goings-on of any Elder Scrolls group on Facebook, Reddit, or nearly any other social platform, and you’ll likely encounter discussions on the Skyrim Civil War. Some argue that Ulfric was a Thalmor plant and that means the Empire is the clear moral superiority, and others will argue that complicity with the Thalmor is worse than directly fighting against them.
Pro-Empire combatants will say that the Empire needs to remain united to fight the Thalmor, and the pro-Stormcloak folks will say that the Empire has no claim to Skyrim and has no right to infringe upon the rights of its Sons.
Both groups engage in the same sorts of debate instant-replays that you’ll find anywhere else–if you’ve seen one, you’ve seen them all.
I’m here to tell both groups that none of that matters. And I have two primary schools of thought as to why.
To start, it has been my experience that people take this issue very seriously. They become legitimately angry at people who so much as like the opposing side, be it Empire, Stormcloak, or even Thalmor.
It turns into some sort of pseudo-RP where the lines between fiction and reality have blurred. People who argue in defense of the Thalmor or Empire are called fascists and people who support Stormcloaks are called racists, and both sides call members of the other stupid in one form or another. 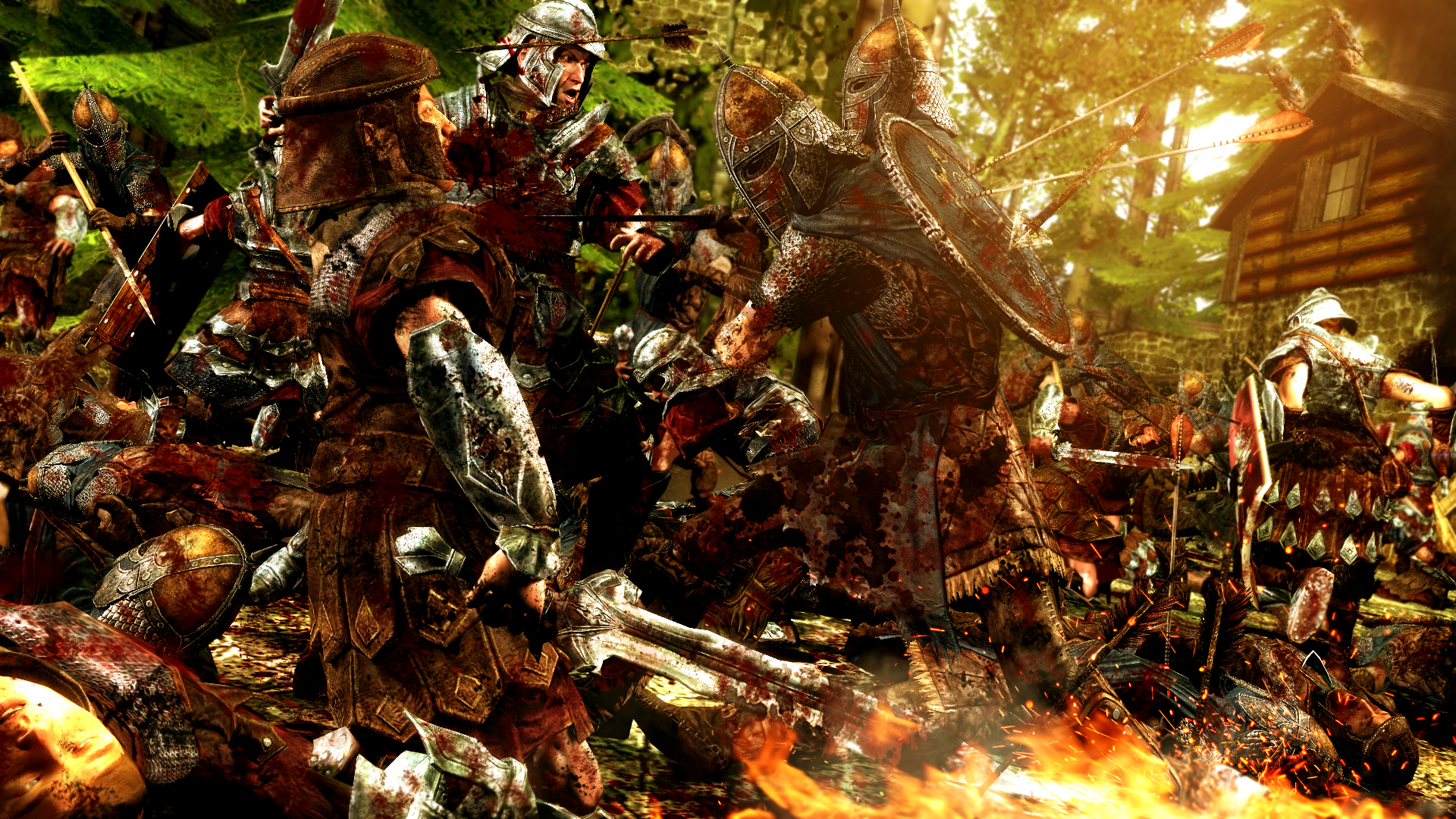 Right out the gate, this faux tribalism is stupid. Like really stupid. The only reason anyone likes the Nords at all (in the context of the Civil War) is because they likely have identified with them as a race of humans.
Being human ourselves here in the real, it makes sense that any story about conflict between Men and some other alien race is likely to be interpreted with the Men as de facto protagonists.
We attach our own human identities to the identities of these fictional “humans” because as social animals, that’s how our psychology works. It doesn’t take long for this mentality to extend to othering the opposition. “They’re against my perception of the human identity! They’re evil animals!”
Speaking as a lore enthusiast, we tend to approach lore like a historian might look at history. No self-respecting historian looks at conflict and sees “good guys” and “bad guys.” Instead they look at the facts. What really happened? What were the results? It’s not a matter of which side was right morally–such questions are the demesne of philosophy, not history.
And the same is true of lore. It’s alright to have favorites. Hell, it’s alright to like one side over the other or to agree or disagree with the motivations of one group.
But when you look at two sides of a fictional conflict like this one and take sides, you’re not really engaging in lore. Lore involves all sides, all truths, not just who was right, and talking to someone who prefers the opposition to your preferred side of the aisle doesn’t make them stupid or wrong.
Instead of worrying about which side is “better,” it might merit investigating each side. Understand them both. Why do the Thalmor seem to hate the Nords so much? Why is the Empire playing along with it? Why are the Stormcloaks so angry at the Empire? What does “Skyrim belongs to the Nords” mean? Understand the motivations of each side, and you begin to enter true lore.
The second approach is a bit more meta.
Let’s approach it logically.
If history is any indication, The Elder Scrolls games have a history of offering their players choices.
In Daggerfall, we saw a main storyline with six possible endings, depending upon the player’s choices. Bethesda decided, come the next installment (which is technically Redguard) that they wanted to avoid invalidating the experience that any single player had. Did you give the Totem of Tiber Septim to Mannimarco? Did you give it to Gortwog? The Underking? Uriel Septim?
Whatever your choice was, imagine being told by Bethesda that your choices didn’t actually happen, and that the Totem being given to King Eadwyre is what is canon. Doesn’t that downplay the whole point of choices in a game world like this one? 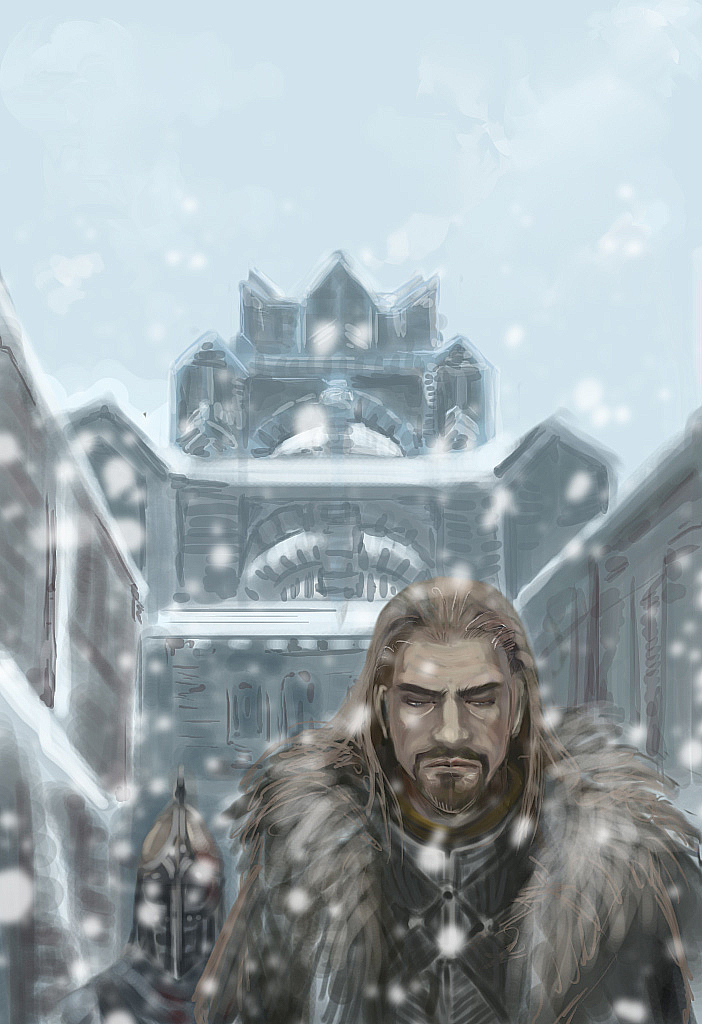 Bethesda’s response to this conundrum was an elegant (if not controversial) one: Dragonbreaks.
Because of the gravity of the situation in the Iliac Bay and the role of the Numidium, time was literally shattered, which allowed all these outcomes to occur simultaneously.
The Agent granted the Totem to Mannimarco, ensuring his transition from the King of Worms to the God of Worms while simultaneously giving it to the Underking and receiving the Necromancer’s Amulet, giving it to Gortwog and granting the Orsimer people freedom, et cetera.
All the endings occurred, and the result is referred in future games as “The Warp in the West” or “The Miracle of Peace.”
My point is that the end result of the game, particularly the part that offered the most drastic choices, is referred to vaguely. The same happened with the Nerevarine. They defeated Dagoth Ur and then faded into obscurity and rumor. The Champion of Cyrodiil, too; they mantled PELINAL and became the Mad God and that’s the last we hear of them.
Turning back to the Civil War, how might Bethesda refer to it in such a way so as not to invalidate your playthrough or my playthrough? A few answers are likely–they might decline to mention it at all, they might vaguely reference the conflict without naming a victor, or most likely, they’ll say the Civil War ended in a stalemate and both sides lost innumerable casualties.
Playing the middle ground doesn’t ignore that you killed Ulfric or General Tullius. They’ll probably say that both men died in the fighting with little mention of the Last Dragonborn at all.
What we’ll end up with in all likelihood is that the Civil War happened, people died, and the Dragonborn killed Alduin. And that’s it.
In short, the whole “controversy” around the Civil War is a non-issue. No matter what side you take, if you take a side at all, you’re missing the point of Skyrim, of The Elder Scrolls.
All too often, people miss the bigger picture. And that’s what really matters.

4 thoughts on “The Skyrim Civil War: Why it doesn’t matter”