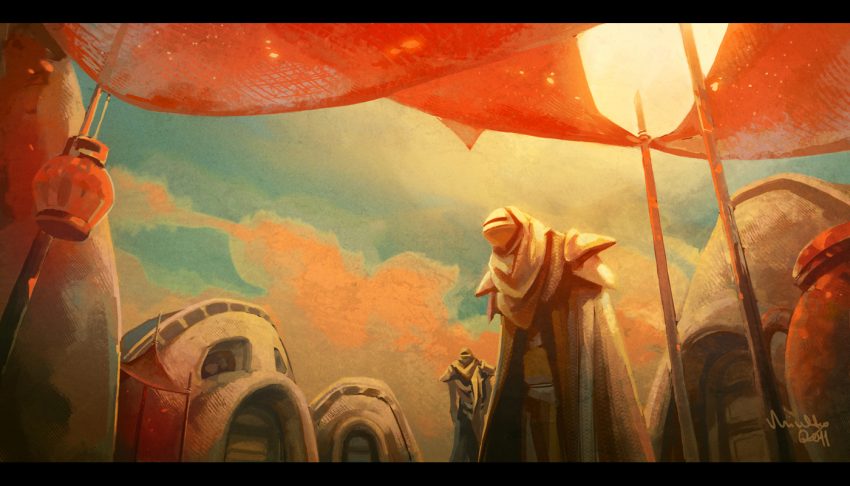 Time and Space warp before them,
heroes cast in gods’ flesh,
every eye looks towards them,
overpowering all opposition,
starlit royalty as the chrysalis of God.

Diarch gods of the Two-in-One,
ever-flowing thrones of majesty,
original spirits made manifest,
sacred forms given power in triumph.

Ascendant masters of the concept-thrones,
deified lords of the Aka-Lorkh,
Adabal regents clothed in splendour.

Time with Space is the Sacred Diarchy,
heroic deeds awaken the god-power,
energetic crystal roils with divinity,
unbound space opens to infinity,
royalty and crowns of shadow-flame,
garlanding the mighty Diarchs’ temples,
young yet old, ancient in their ways.

Dynamic are the Dyads of the Two-in-One,
immortal agents of destiny,
aratagnithr incarnation,
reigning kings arrayed against chaos,
chiral brothers, lords of the Grey Maybe,
yearning for the end of the Shadow Crowns.

Miracles form effortlessly in their hands,
outward form conceals inward power,
nigh is the coming of the Diarch gods,
assemble your armies, if you dare,
destruction comes to the wicked.

Behold the starlit crowns,
youths of ever-flowing crystal,
titans of divine magicks,
heralds of the Adamantine Age,
overlords of Aka-Lorkh,
searing darkness attends their will.

Hegemony finds no purchase amongst the Diarchs,
imperial pursuits draw not their gaze,
esoteric are their ways,
rallying forth spirits of power incalculable,
omphalos of the Divine Centre,
saints of the Grey and regal masters.

Stars of red and blue foretell the Diarchy’s arrival,
evil shall tremble at their approach as the world quakes,
bowing to none, they shall purge the wicked,
adamantine is their truth,
sounding the doom of the oegnithr princes,
temples to them shall be razed and they shall cast them down with storm-voices,
obliterating the profane posing as the sacred,
showing the people the path of spirits.