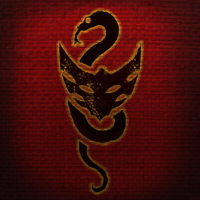 Fanfiction
Invocation Of Vaermina
_____________________________________
-Nyloth the Altmer Conjurer
-Ma’kaan the Khajiit Spy
-Horst the Nord Huntsman
_____________________________________
-Vaermina the Daedric Prince of Dreams, Nightmares, Visions, Omens and Portents, and Psychological Torture
_____________________________________
-Only the Nightmare Queen would fathom the obscene rites Nyloth needed to master in order to reach into the depths of Oblivion.
-Only the Lady of Omens would appreciate the uncertainties and risky ventures essential to Ma’kaan’s life in the shadows.
-Only the Dreamweaver would comprehend the visions Horst needed if he wanted to lead his clan with both skill and knowledge.
_____________________________________
-The uniquely gifted but unlikely bonded triad approached the final chamber of the ruined interior of the once great Ayleid city of Ulmaren equally gripped by exilaration and trepidation. So much planning and maneuvering had gone into this quest; why even the very stars had to be in alignment this darkest of nights for their summoning to work.
-The pale dead temple-city had once been the epicenter of a large and influential Daedric cult devoted to the worship of Vaermina, Prince of Dreams and Omens. While the exterior had been thoroughly obliterated by the eroding forces of weather and time, the site’s underground interior chambers, while less than pristine, had been remarkably well preserved. Perhaps the timeless goddess still held some influence here.
-Before entering the most revered shrine to Vaermina herself, the group of men passed through numerous vaults, chambers, tombs, laboratories, libraries, and catacombs. But this antechamber to the shrine dwarfed all the others. -The massive cathedral-like room was enormous, and the walls dotted with various sized alcoves. Within each alcove stood something like a work of art, each utterly unique from all the others. One held a mosaic depicting a fortress besieged by undead armies. Another housed a gruesome statue, a carving of an elf male whose bones had torn through the skin and encased the body within a skeletal prison. There was even one alcove that held a small but excruciatingly detailed painting of an idyllic cottage kitchen where a mother and her two young sons supped together on an assortment of fruits.
-Above each alcove was carved the title of the cult leader who crafted the masterpiece and a saying of praise to Vaermina. “Wrought by the Seer of Hopelessness, Praise be to Vaermina.” “Wrought by the Seer of Oppression, Praise be to Vaermina.” “Wrought by the Seer of Glimmer, Praise be to Vaermina.” And on it went.
-The stone used to construct the room housing the shrine is jet black, and seems to soak up the light of the adverturers’ torches. The muffled wails and moans of their bound captive, soon to be sacrificed, echoes off the hard unforgiving stone. The shrine itself is a large white stone slab standing erect, raised on a slightly elevated pedestal, with four bonds at the corners to which the victim’s wrists and ankles are cruelly fastened. Surrounding the slab is a circle of pillars, dullest of grey, carved with Daedric runes instructing the faithful on the proper summoning and sacrifice to Vaermina; the runes glow faintly with an otherworldly pale and purple light.
_____________________________________
-The sacrifice is a young virgin stolen away from her bed the night before her wedding. Beautiful, nubile, ivory-skinned, long ebony hair, and eyes green as spring’s new grass. She is bound to the upright altar slab and, as the runes graven on the surrounding pillars dictate, the Daedric summoners carve deep slashes into her tender skin, one along the inside of each of her arms and legs. As the triad soflty intones the Prince’s name, the girl’s writhing body stills and her agonized screaming ceases as the goddess’ presence takes hold and displaces the victim’s soul, now consigned to Quagmire (Vaermina’s nightmarish realm of Oblivion). The effect of the blending of primeval chaos and young creation is beyond horrifying.
-The virgin’s smooth skin ages centuries in mere seconds as she is almost instantaneously transformed from an innocent girl into a haggard wretch. Her shapely and appealing curves wither and recede into deep wrinkles in her body as the outline of her bony frame is revealed. The dripping blood streaks from her wounds coil and slither about her as if possessing a life of their own, covering the emaciated hag with a robe of infernal sanguine serpents. Gone are the verdant eyes of the girl, in their place shine orbs of a venemous green hue. Gone were the maiden’s ebony locks; in their place there was only disheveled, long, and matted hair of hoar. In hands that once fondled lilies there was now grasped with claw-like strength a heavy staff, bone-white, sapped of all color; atop it rested a darkling skull wrought with a gaping grimace. Instead of terrified shrieks, from the mummy’s cracked lips issues an unmistakably menacing but surprisingly soft voice.
_____________________________________
-“Drawn by the blood and scream of the haunted, I have come. Tread carefully, young ones, for you stand on the edge of the deepest abyss, and my whim alone holds you back from horror.”
_____________________________________
-“O Princess of Portents and Mistress of Marvels, great Vaermina, your presence paralyzes, and we, your nightly servants, beg your indulgence and favor.”
_____________________________________
-“Your tremors are palpable, your breaths shake with reverence, and I savor the scent of fear in your sweat. *pause* Good.”
-“But my favor is not so easily bestowed.”
-“Just as a pleasant and lucid dream may suddenly spiral out of control into a nightmare most foul, so now have your circumstances shifted out of your hands and into mine.” Whatever you sought to ask me individually or as a flock is of no consequence, for you shall now work to please me.”