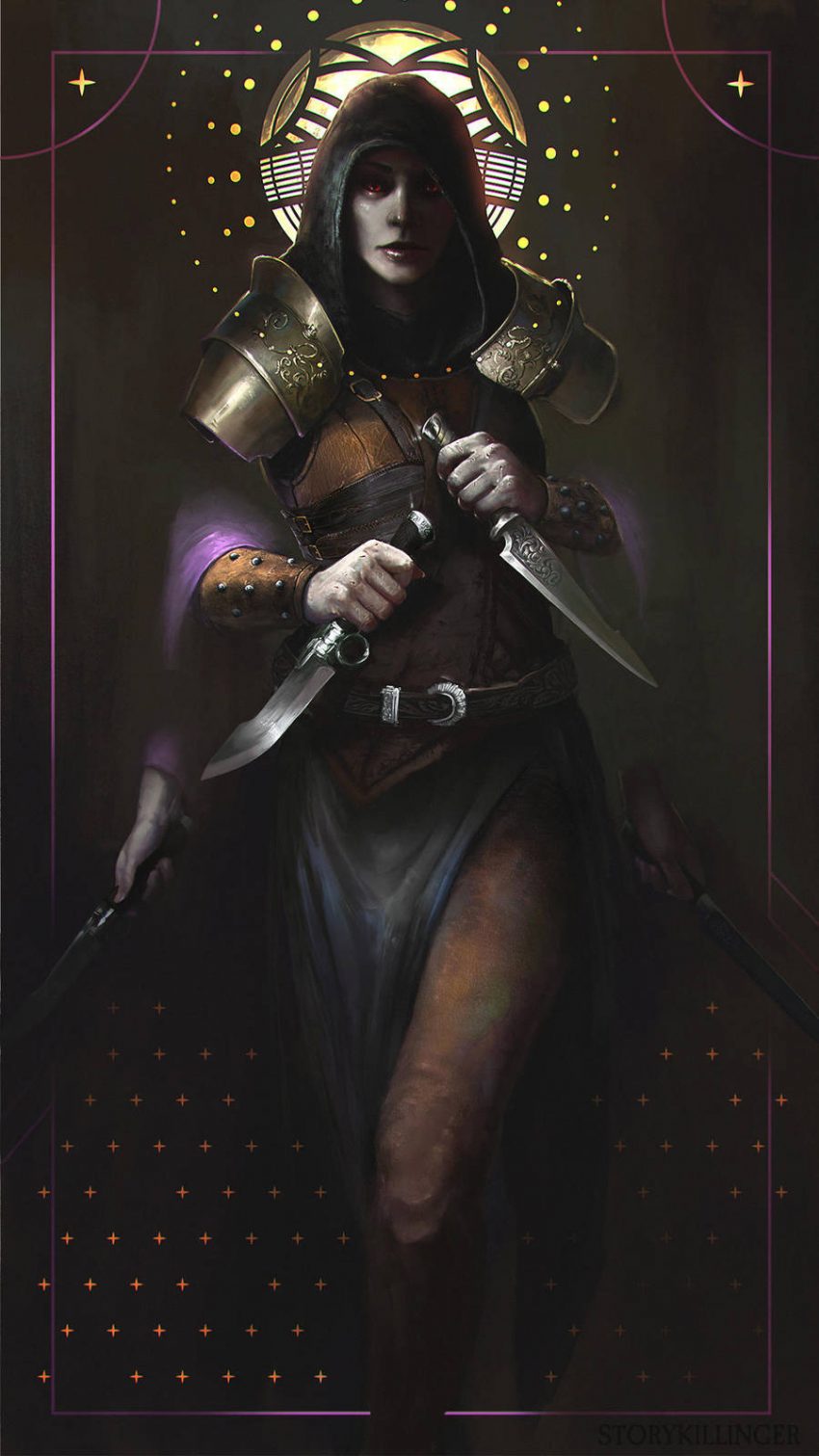 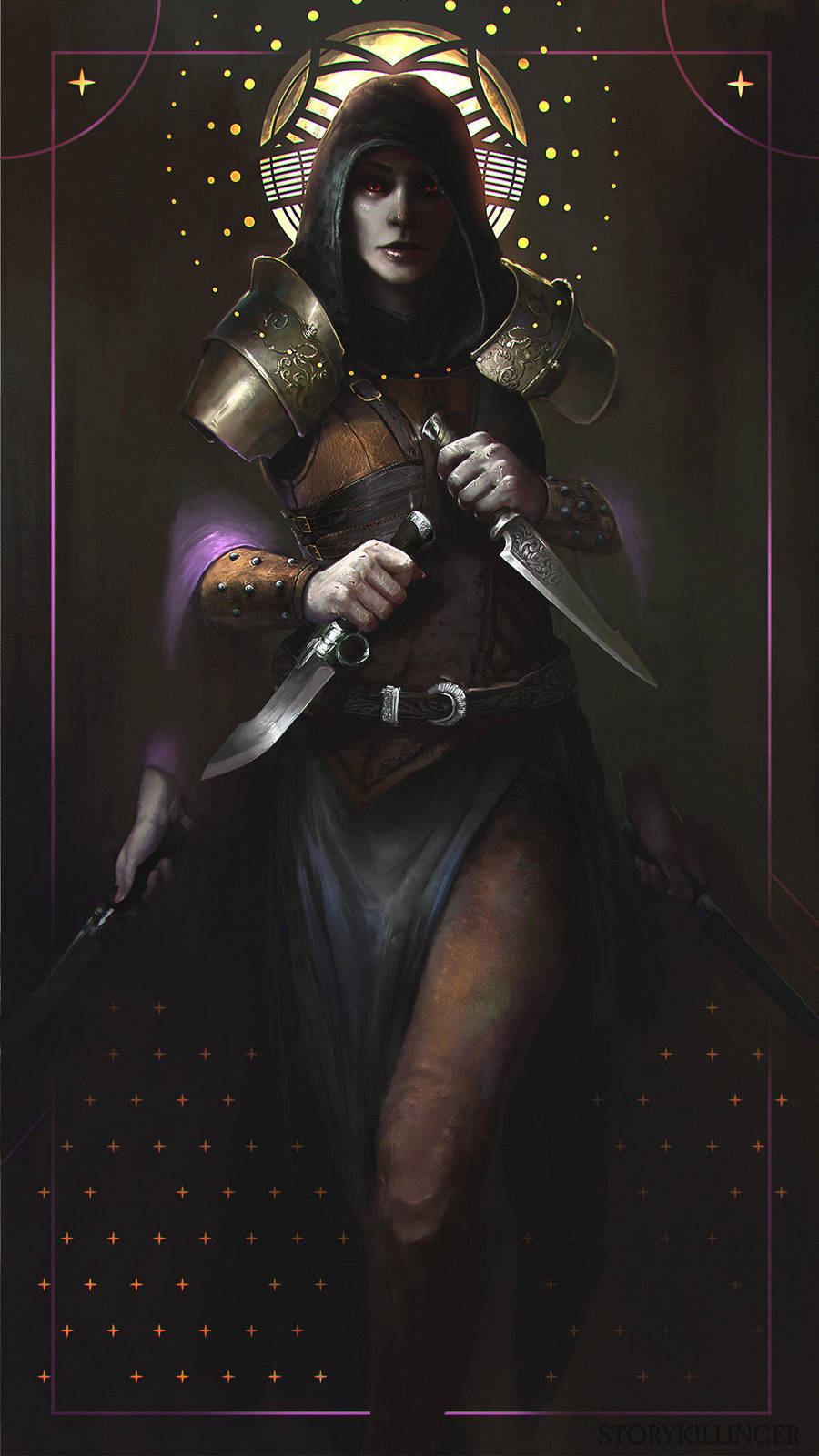 Betrayer
By Falx Volrina, Former Assassin of the Dark Brotherhood

There are many things you learn about a man when you are the one to midwife him from this life to the next. You learn what he cares about and what he’s willing to part with in exchange for his life. You see if he will accept his fate with dignity or if he will blubber in vain. You even come to learn their darkest secrets, but it matters not, because they will die and that much has been preordained. I say this not because I cared about the individuals who I had been sent after, but because that is the way it has always been and the way it must always be. So sayeth tradition and tradition shall be adhered to.

There is a great deal of misunderstanding about what it is to serve the Dark Brotherhood. I say this in no small part due to the blasphemes of the Morag Tong who still have not accepted us as their equals, but merely as a renegade splinter faction who have yet to wither and die as they so desperately wished. It is a pity that they hold us in such low regard when such rivalry is one-sided, even when their transgressions against us surmount and our patience for it grows thinner which each passing bit of blood spilt, but they are not blameworthy for this. They are taught that their way is the only way and that the only blood spilt should be the blood of those whom the State has sanctioned execution of. They voice prayers to Daedra knowing not that every flick of a knife across a throat is a prayer to Sithis. They are a pitiable sort. Entangled in the webs of their own self-aggrandizing lies and no longer able to see beyond them; I do not hate the Morag Tong so much as wish only to cut the webs that blind them from the truth that they are no different than we.

But I speak too much on the Morag Tong and should return to what matters today, not what has mattered for the duration of an era. I tell you of what it is like to kill a man because for the entirety of my adult life, it has been my profession. I have been the Midwife of Death and he who gives the Last Rites of Sithis unto those about to become not in his Perfect Emptiness. These are the duties of everyone who takes up life in the Dark Brotherhood; our lives become nihilistic mirrors of our peers. They go on to create life and we go on to destroy it. They pass on their wisdom and we cull those who learn from it. We are the agents of the Antithesis of Life and it is a duty we do not because we choose to, but because we must. So long as there is life, there too must be death. So long as the antelope lives, there too must be a lion. These are truths of the world that most would much prefer to shy away from, but we are those who not only embrace them, but embody them. But even we are not beyond the bitter, unfeeling reality of these truths as I will share with you.

I am a betrayer of our most sacred of oaths. As I have said, every flick of a knife across a throat is a prayer unto the Dreadfather, but what I have not said is that not every prayer is viewed the same. The killing of a Dark Brother by one who has not sworn themselves into the Brotherhood is perhaps the most treasured of all prayers, because it is the culling of the weak by those whose blades are unbound by our laws. But for that same Dark Brother to be killed by another of our Order, that is the most sacrilegious of all acts, because it is defilement of the natural order which we are sworn to uphold. We do not feed upon one another, because then there will be none to feed upon those who must be fed upon. But I have done such. I have sent unto the Dreadfather a perversion of our prayers by taking the life of one of our own, but I do not apologize for my transgressions, for my acts were just and they were necessary for the good of us all.

The Brotherhood serves a purpose within society that no other organization does; we are the heralds of his Perfect Emptiness. There is a saying amongst the Yokudans that he who is best with a blade is he who is most free, because there is none who can exert their will upon him. That is true and it inspires their people to study the Blade to such an extent that they are now renowned across the Empire as some of the best swordsmen in Tamriel, because all men yearn to be free, but their yearnings are such that they and they alone are most free. We are the reminders that no man is truly free, because no man is beyond the reach of the Brotherhood. But the Dark Brother whose life became a perverse prayer unto the Dreadfather thought he and he alone was beyond reproach, because he had sworn the oaths and surrendered himself unto his Perfect Emptiness. But he was mistaken, as all who think they are beyond the grasp of the Brotherhood are.

I leave you with a farewell, dear reader. There is a knocking upon the door and it is the knocking of the one who shall administer my Last Rites unto me and I shan’t keep he who knocks waiting any longer.