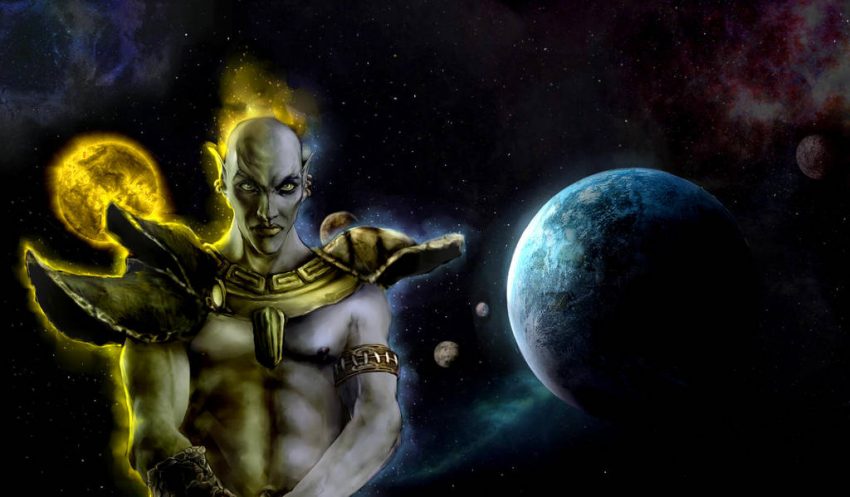 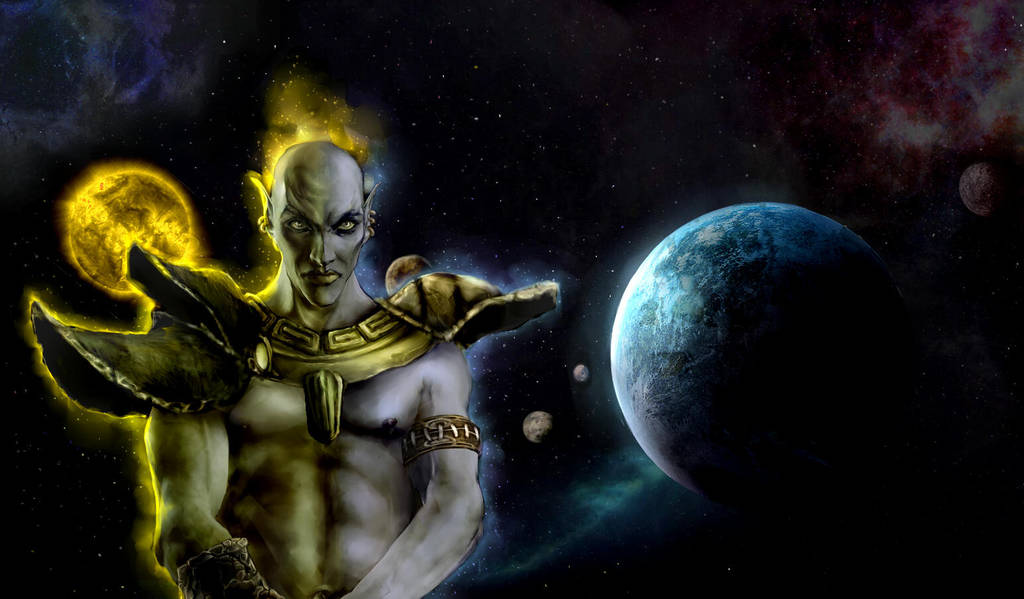 This article was published in Volume 1, Issue 6 of The Tel Mora Independent Press.

“On the ritual of occasions, which comes to us from the days of the cave glow, I can say nothing more than to loosen your equation of moods to lunar currency.”

This is the advice given to us by the Magic Hermaphrodite in the Scripture of Love. But his words often fall on deaf ears among those who wish to reach Heaven, which is to see the Aurbis sideways. For to escape it, one must watch the Spokes and understand the forces that make the Wheel turn. These are the lattices of the Lunar Economy which you must violate, and so to escape you must first understand their nature.

Lunar Currency is unlinked to the sundered carcass of the Trickster. It was nym’d so by the Warrior-Poet, for the lunar god paved the road to enlightenment, which is to say the curse of mortal death, and rebirth of the AE happens according to the blood-stained dance of the moons. Lunar Currency is the transaction of spirit upon mortal death and the Economy is the realm in which it is used.

Spirit dwells within us. It is the House of Will and within living beings it is crystallized into the spirit-creatia complexes that animate the body. In this constellation, the spirit mass becomes AE and molds creatia into an animus. Whether we are walking by foot or levitating by spell, we are always moved by our animus at the behest of our AE. The former is the arm, the latter the mind that wills it to move. The distinction is nominal until the soul is cloven upon death.

The AE is tied to the Dreamsleeve. The nature of this is extraurbic, but Arkay took a branch of it and grafted it onto the Mundus along with his limbs. This was his gift-curse to mortals, which set in motion the mundrial Spirit Wheel. The Sleeves of Arkay store the memories of the AE. The strings that connects the two are volatile, but those who can grasp them can travel to the dreamsleeve and enter the memories of others.

The nature of the soul’s constituents is a matter of much debate among scholars. The subject is saturated with influence from false dogma, leading to numerous misconceptions. Some number the constituents of the soul as many as 7, but we see only the treble image of an armed man lost in thought. Spirit is the Will and Mind, the immortal water of the milling wheel. The animus is the star-shaped arm and its fate is abandonment. Memory is external and dreams forever in Aetherius.

Death is the trisection of the soul. To the unaligned spirit, death is of little consequence. The AE simply forms a new animus from available creatia. It does not undergo dreamsleeve erasure and retains its memories. But for many of the lesser souls of Tamriel, it is the source of great fear and anxiety, for their death is governed by the Gift-Limbs of the Aedra. Upon death, the AE-Animus bond is interrupted and the AE will be carried on by the spirit-wheel, which is to say the Earth-Bone of Arkay. It may be deterred from passing by way of obscure psycho-entrapment, but this secret must be learned elsewhere. Without a will to guide it, the animus disperses, except in extraordinarily dire circumstances where the animus may turn into a ghost. A ghost retains part of the bond between its psychic constituents and may remain on Nirn for centuries before the connection finally breaks and the spirit can pass on.

THE DREAMING SLEEVE OF REBIRTH

If the alignment of the deceased spirit is to the planet-gods, it will be reappropriated and reborn by way of Dreaming Sleeve erasure. On the occasion of death, or amnesia, the wheel turns and the ties between AE and Memory are cut. The AE becomes pure spirit sans identity. This is the reason why non-sleevic communing with the deceased is only viable for a time: The AE is soon recycled. After a while, it will be reappropriated back towards the Mundus. That is the blessing-curse of the mortal: To be born anew. However, Memory lingers perpetually in the vast waters of the Dreaming Sleeve.

Thus spins the Wheel of Spirits: From Mundus to Mortal Death to Rebirth Unmantled. And yet it is believed by some that it is their fate to live forever in the bright land of Aetherius. This is, for the most part, a Western lie, a consolation for short-lived Men. Though some have reported experiencing afterlife, this is but their memories mirroring themselves in the still waters of the Dreaming Sleeve, much like an eternal sleep.

But, the northern heretic rudely interrupts, what of the manifold accounts of Aetherial Sovngarde? This is proof that my soul will live forever! To this I answer no, false believer, this is proof that only some souls live forever. The spirits of certain Aedrically aligned mortals may be removed from the Spirit Wheel by the Planet-Gods to be reappropriated onto the God-Planets. The nocturnal firmament proves the existence of Aedric planes, and much like their Daedric counterparts, the Aedra extract select spirits from the mundrial psychocycle to grant them afterlife. However, afterlife for all is counterproductive to the true purpose of Tamriel, and thus it is purely exceptional: Only the greatest votaries enter the Hall of Valor.

The Spirit Wheel is substantiated by its explicatory force. It elucidates the occurrence of reincarnation and explains the demeanor of Daedric Princes. Through the meddling of powerful spirits, individual AE-complexes may repeatedly pass through the dreamsleeve undivided and with (or without) their memory-links intact. The recurring births of Shezarrines can hardly be explained by those who dream of Paradise.

We must now stand back from the single wheel we have been studying until now. To achieve full understanding of the Lunar Economy, one must study all the cartwheels on the trade route.

Before you now is an image of the perfect mill-wheel. No water is spilt by the perfect spirit wheel; even the lost drops of haunting ghosts climb back unto it eventually. The lunar deficit is null. The wheel spins forever.

However, the perfect image is but a didactic sketch. The wheel has cracks and leaks through which spirits escape. One such crack is Aedric afterlife, though it is likely small. Greater is the leakage of black psycholitic entrapment and some forms of ancestor worship – as these practices bind souls to the mundrial plane and prevent Dreamsleeve rebirth – but the most menacing leakage is Daedric alignment. On death, spirit is reappropriated towards its aligned AE, and if this AE constitutes a Daedric planet, the spirit leaks into Oblivion.

The Daedric Princes have wheel-prisons of their own, constructed in mimicry of Arkay’s bones, and spirits enter these upon reappropriation into Oblivion. Keep in mind that each plane of Oblivion is a carriage which may have many wheels. This is supported by the experiences of Empress Annaïg during her imprisonment in Umbriel. She reported the existence of a Somniform spiritual cycle for the Umbrielic paupers: Spirits were reborn unmantled by Memory, though not via reproduction. The Umbrian lords were Daedric and retained their memories upon reincarnation. The carriage of Sheogorath is multirotate as well: Aureals and Mazken reform according to an independent Daedric pneumatocycle, which is to say rebirth unobliviated, and mortal Madmen live and die according to Somniform spirit cycles, which is to say rebirth unmantled. Whether the reappropriated spirit enters one wheel-prison or another is up to the discretion of the Prince.

The secret about lunar agents is this: They are spirit gluttons. This demeanor is clearest in the House of Troubles: The Oblivion Crisis and the Planemeld were transliminal incursions unto Nirn in pursuit of lunar currency to bolster the ranks of their hordes and fortify their own principal mytho-magical capabilities. Dagon and Bal seek to do so through brute force, while other lunar agents seek to lure mortal souls into their glamourous carriages with sweet promises and auspicious deals. Be not fooled by this, for they are truly just gilded cages from which there is no escape. Nirn is the hunting grounds of the spirit hunters, for it is easier to lure the soul of a mortal than an immortal Daedric vestige.

The hazards of lunar leakage cannot be emphasized enough: It is the death of Royalty. To be reborn onto a Daedric plane is eternal imprisonment for the spirit. Even the most benign of the Princes will not allow a true King to rise within their realms. The virtue of the Eight-or-Nine is non-intervention in mundane events; only in the Arena can ruling kings roam freely. An unspirited Mundus would mean the end of the Psijic Endeavor, for it is impossible to irritate the sun from within the maw of a Daedroth.

Thus it has been shown: The eternal spirit moves in the manner of water in a mill-wheel. The maximization of spirit explains the demeanor of the Princes. Event to propitiate slightly towards the Daedra is to risk eternal damnation of the spirit. There can be no ruling kings in Oblivion.