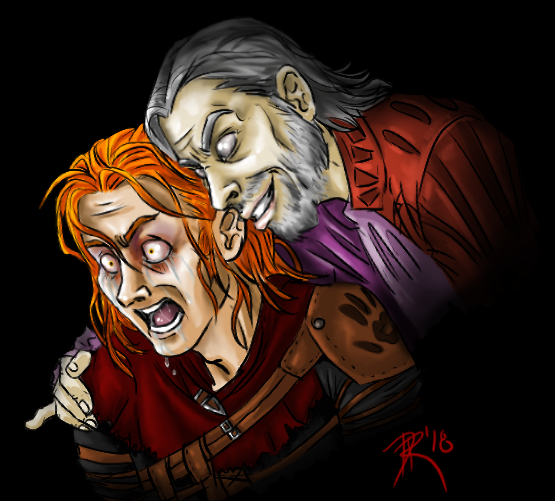 This article was first published in Volume 1, Issue 6 of The Tel Mora Independent Press.

It has become his rallying cry. His standard-bearers chant it in comments throughout the internet, the keystroke war drums herald the asinine giggles and the “XD” that are sure to follow.

Cheese for everyone.
Sheogorath, the Daedric Prince of Madness, the Madgod, the Sithis-Shaped-Hole-in-the-World. In lore, he’s a fascinating member of the Daedric echelon, and the mortals in Mundus are wary of his unpredictability. He is the embodiment of mental illness and is the father of insanity.

Despite this thundering reputation and stories hinting at the abject horror surrounding him, the Sheogorath we see in the games (particularly Oblivion and onward) has become, bluntly put, a joke.

The main issue I take with Sheogorath is in his presentation. From a lore perspective, Sheogorath is terrifying. For anyone who has ever battled mental illness or watched a loved one do likewise, Sheogorath is no laughing matter.

According to the National Alliance on Mental Illness, one in five people in the United States deal with some form of mental illness or another. Speaking personally, I’m one of them–anxiety and insomnia are my personal brain chemistry cocktail. While these traits of mine may not encompass “insanity” (and honestly they’re not unmanageable), they do serve to strike a point. Ask anyone with severe issues: schizophrenia, Alzheimer’s, depression, bipolar disorder, dissociative personality disorder; these are a far cry from funny Scottish accents and dairy-centered humor. For many people, these inner demons yank their hosts into a personalized approximation of hell, where their grip on reality is less than firm and they no longer control of their own thoughts and emotions.

I had a grandfather who died of dementia–the namesake of one of the two halves of the Madgod’s Shivering Isles. Over the course of two years I watched as my grandfather, a man with whom I’ve shared a multitude of childhood memories, photos, and home videos, slowly lost himself in some mute abyss within his mind as his brain rebelled against him.

I can imagine no fate more terrifying; to die piece by piece, memory by memory, until nothing remains of who you used to be. The last memory I have of my grandfather was of him asking me how life was in New York. I’ve never lived in New York. I had said as much, and he shrugged, losing interest and examining some wall art instead. Not five minutes later, he asked me again.
“So Andrew, how’s life in New York?”

“…It’s great, Grampa. Thanks for asking.”

In that brief hesitation before responding, my heart broke. I couldn’t imagine the changes his mind was undergoing, and I was only thankful that he was completely oblivious to it.

A bitter mercy, perhaps, but a mercy nonetheless. 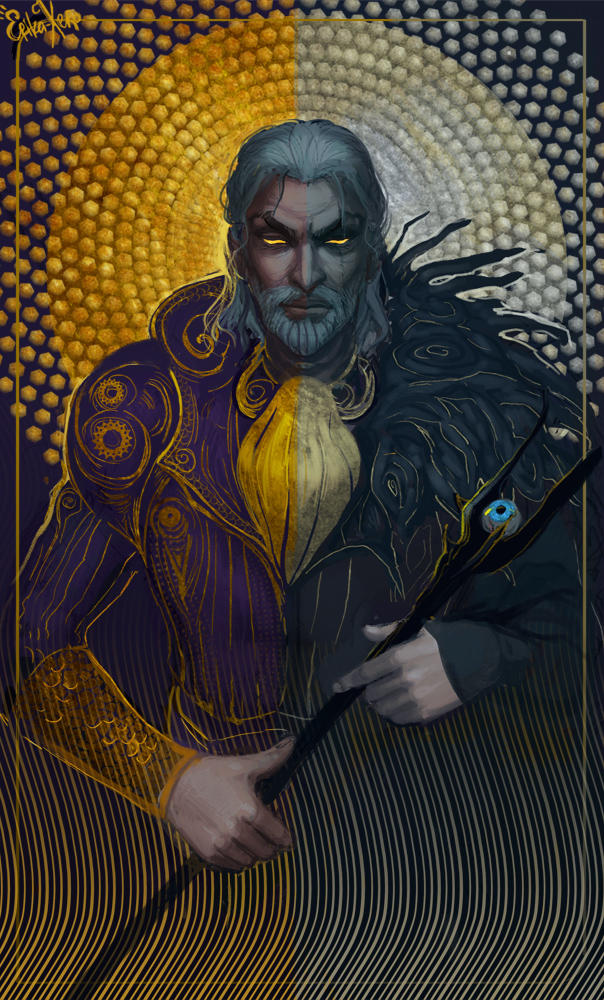 Had I corrected him, he would only have asked again within a few minutes, and it was simply easier for everyone, especially my grandfather, to let it run its course rather than resist it. There was nothing to be done.

Before I move on, let me reiterate–I am not implying that people with mental illness in any capacity are “crazy” or “mad” or “insane,” rather that these negative-sounding words are an archaic way to refer to otherwise unorthodox brain chemistry and psychological issues, and these stigmatic phrases happen to be the phrases with which Sheogorath is associated.

In my mind, it would make sense for Sheogorath to embody this sort of mute horror–the terror of going to bed and wondering who would wake up or the fear of being unable to face the morning at all–and instead we get “cheese for everyone?” Maybe my literary tastes have been darkened by the likes of Poe, Lovecraft, Stoker, du Maurier, and Faulkner, but I think Sheogorath needs a little more attention paid to his more terrifying aspects.

Most in Tamriel fear Sheogorath, and yet we get a dashing elderly gentleman who encompasses the “so randum lol” of my mid-2000’s adolescence. Insanity isn’t about random-access humor. Yes, to the uninformed layperson, whose only experiences with truly severe mental illnesses come from pop culture and societal stigma, randomness can appear to fit in an adequate fashion. However, when it comes to Uncle Sheo, I think a literary universe like The Elder Scrolls can do better.

In the “Myths of Sheogorath,” found in the Shivering Isles expansion of Oblivion, Sheogorath invents music when he rips a woman apart and creates instruments from her entrails so as to endow mortals with the gift of song. I can only speak for myself, but this is metal. Terrifying, but metal. Where do we see this sort of dark, deranged behavior in Sheogorath’s presentation? Sure, he threatens to skip rope with the player’s entrails at one point, but that’s tame when compared with outright evisceration to satisfy a fleeting desire to offer mortals the ability to mimic birdsong.

Now that I think on it, I want a character who’s more like the Joker. Insidious, deranged, highly intelligent, and willing to do whatever it takes to prove his point. Sheogorath should laugh at the suffering of mortals, applaud the most heinous of crimes–not because he is “evil,” by any stretch, but because when one’s personality is so colored by mental problems, is morality even a thing anymore? How can we expect the moral standards of neurotypical people to apply to a being that epitomizes the most severe of mental illnesses?

What we often see in works such as “The 16 Accords of Madness” is a deific figure who, despite being the father of insanity, has a roundabout way of seeing and understanding what others don’t. He’s always playing the long game, always calculating and anticipating. Perhaps the madness gives him a unique view on strategy?

We catch a slight glimpse of this in ESO’s Mages Guild questline, where Sheogorath rewards the Vestige for completing challenges by giving them rare tomes that are to be translated by Valaste. As it turns out, the tomes turn Valaste mad, as Sheogorath knew they would, and in the end the Vestige is left to make a decision: save Valaste from her madness, or let her go to the Shivering Isles in exchange for a couple extra Skill Points. 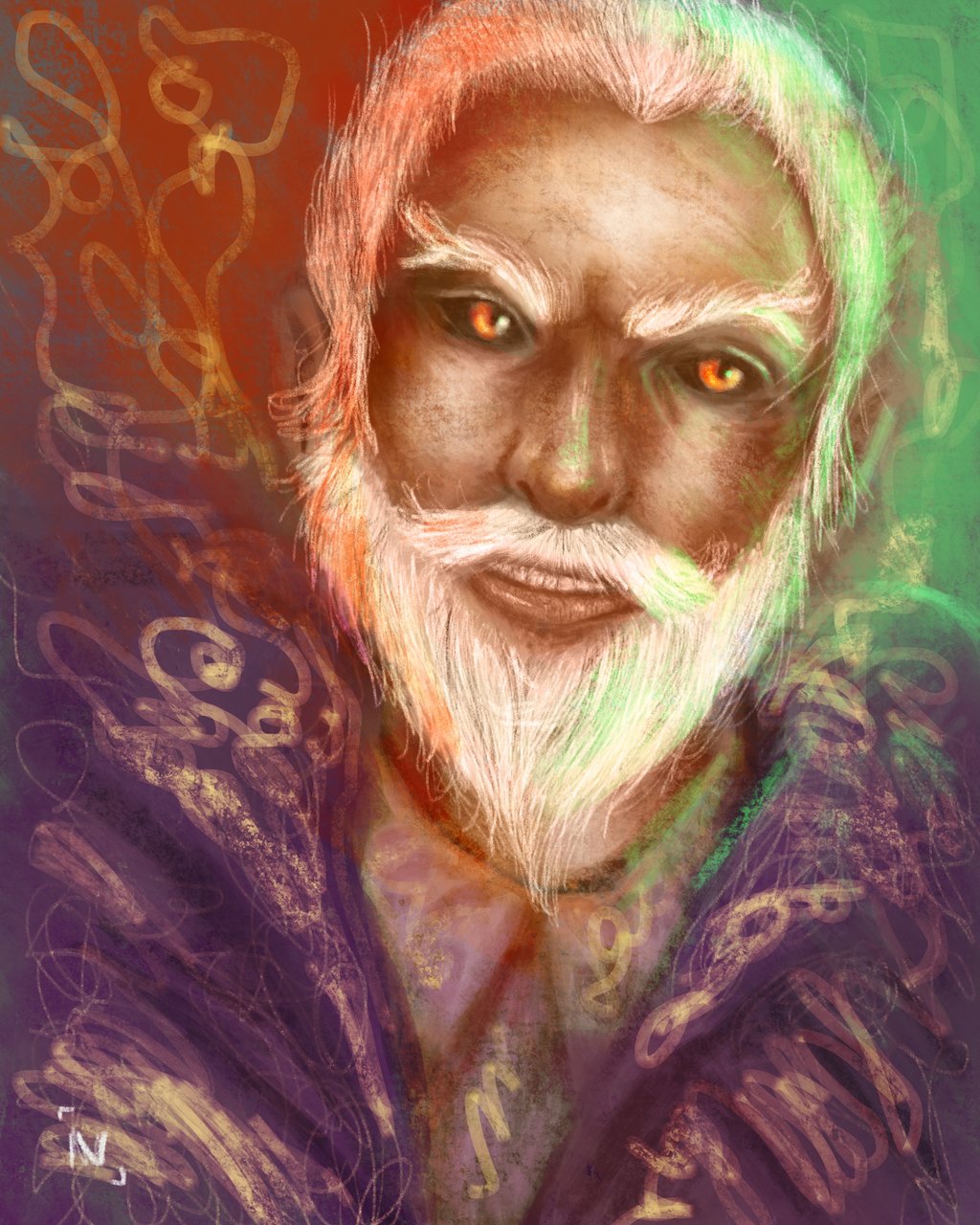 Among the more terrifying parts of Sheogorath, in this White Guar’s humble opinion, is that Sheogorath considers mental illness to be a benefit. To be freed of the constraints that a firm grasp on reality lays upon the shoulders of mortals; a deranged notion in and of itself, to be sure. How could anyone prefer mental illness at all? I can guarantee you that my grandfather, had his wits not left him, would have been aghast at the thought of losing his consciousness and memories piecemeal until he was left to assume room temperature, as it were. That terror, that foreboding–it’s dark. And while not all mental issues are doom and gloom–by which I in no way mean to imply that mania or illnesses like it are a good thing, only that they manifest themselves in states of euphoria rather than depressive episodes–even those with manic issues can lose a grip on reality, be it stepping out of a car while on the freeway, or donating the entire family’s life savings to charity with no thought to the repercussions. These are only examples, but with some imagination, one can certainly understand why mania is not in the least bit “positive.” The pain and suffering and loss that mental illnesses as a whole wreak upon the afflicted and their loved ones is incalculable.

Although much of what I’ve said has placed the blame on Bethesda, it is not entirely Bethesda’s doing that made Sheogorath the definitive Elder Scrolls meme that he has unfortunately become; the fans of the franchise have their weight to bear, as well. Wes Johnson’s portrayal of Sheogorath has become an iconic part of the Elder Scrolls baseline, and Sheogorath himself has, as a result, become the typical favorite for the casual fan.

Perhaps this meme-ification of Sheogorath is a microcosm of our society’s feelings on mental illness in the first place? We make jokes about a friend’s (or our own) OCD or depression or anxiety or throw around words like “retarded,” intending them to be used as insult, whether seriously or not.

As a man with formal training in the field of education, I have removed such words from my vocabulary, reason being that using these words in this way changes our attitudes toward them and the people who unfortunately must deal with them. In many cases, it devalues their struggles and implies that they are somehow lesser for reasons beyond their control or ken.

Now when we think of these issues as “funny,” a fact that I think underlies 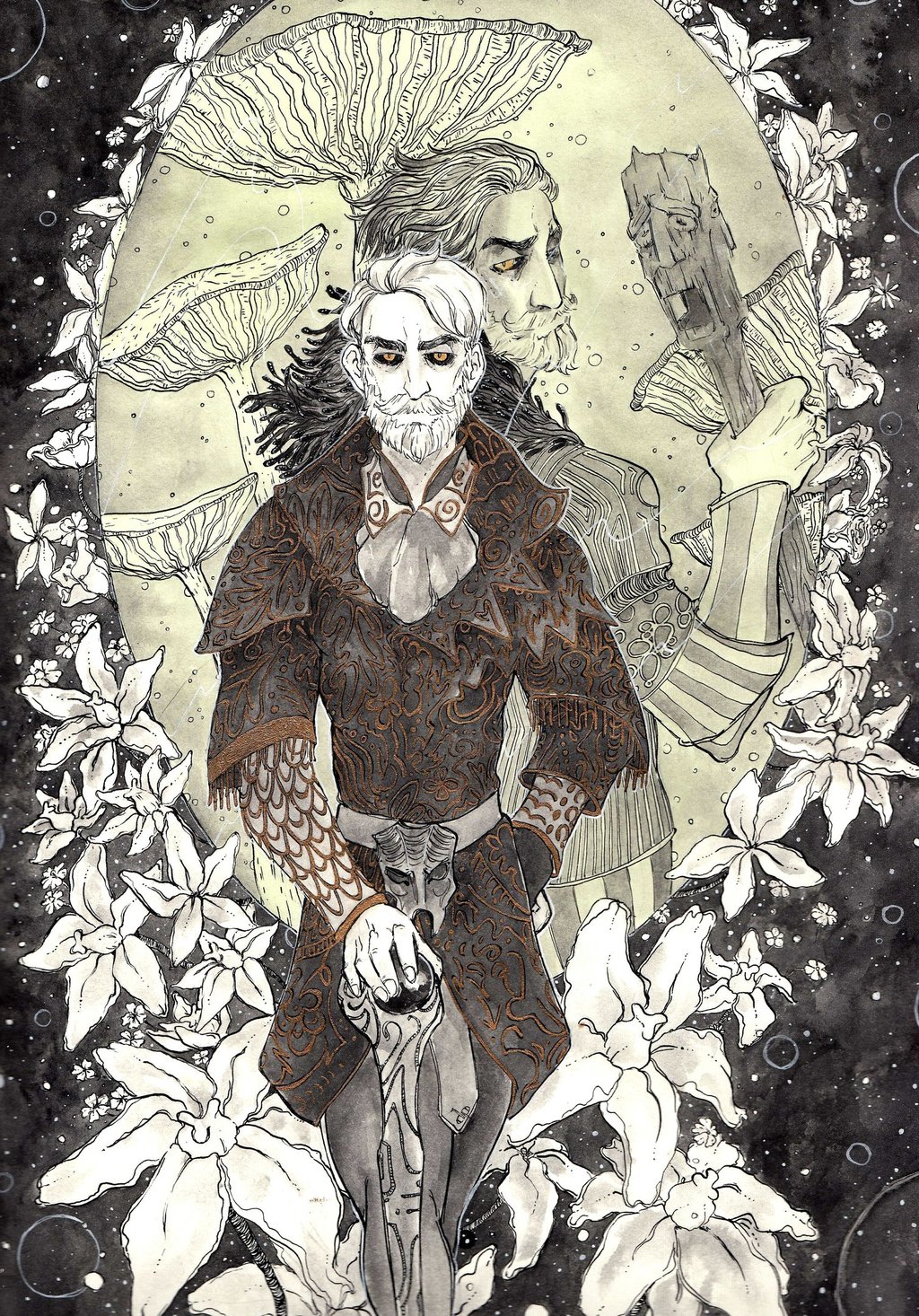 the Sheogorath meme, it does not only Sheogorath, but ourselves a disservice. For the reasons aforesaid, mental illness in any capacity shouldn’t be taken lightly, and yet the fanbase continues to do so, either willingly ignorant or unaware of the connotations nestled within.

As I realize the extent of this epidemic of empathic inadequacy among the ranks of Elder Scrolls fans, I wonder if perhaps this very thing is Sheogorath’s overarching point. We ignore what is important and coat it in humor, unable to look honest tragedy cold in the face. We laugh at what shouldn’t be laughed at because we are the mad ones. Sheogorath has simply shown us a mirror, and that, my friends, is what is truly horrifying.

1 thought on “Scratch That, Cheese for No One”