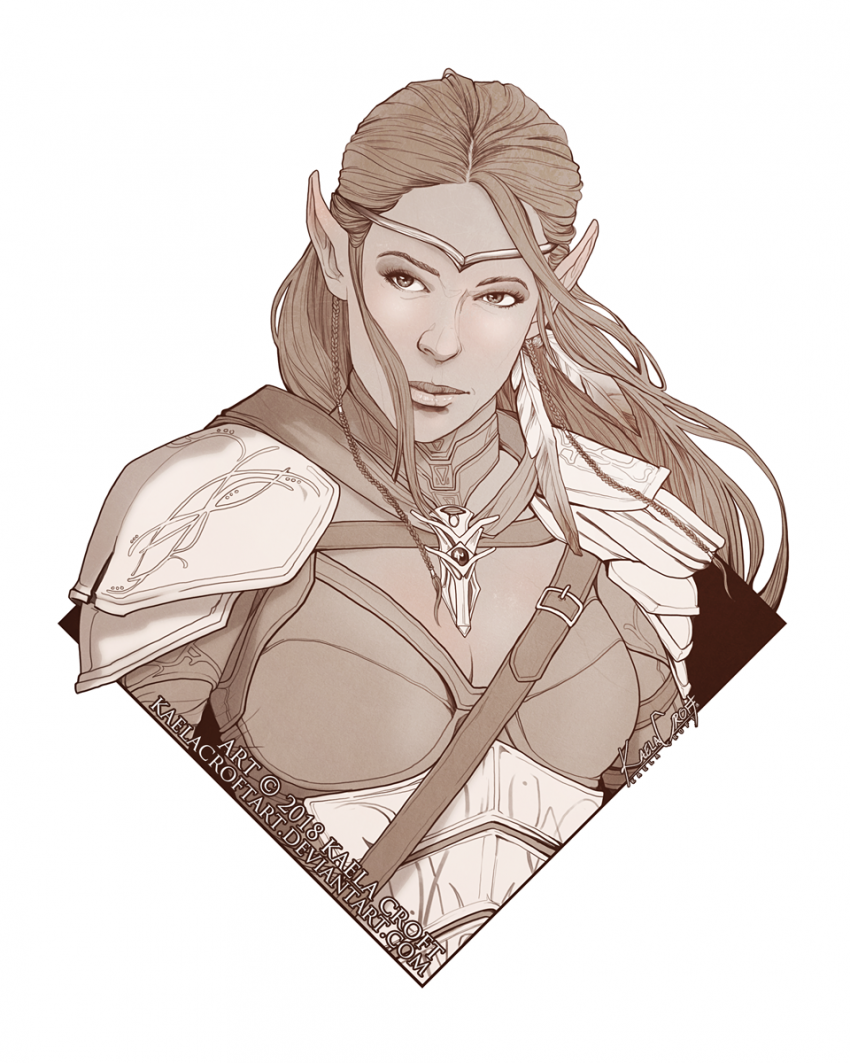 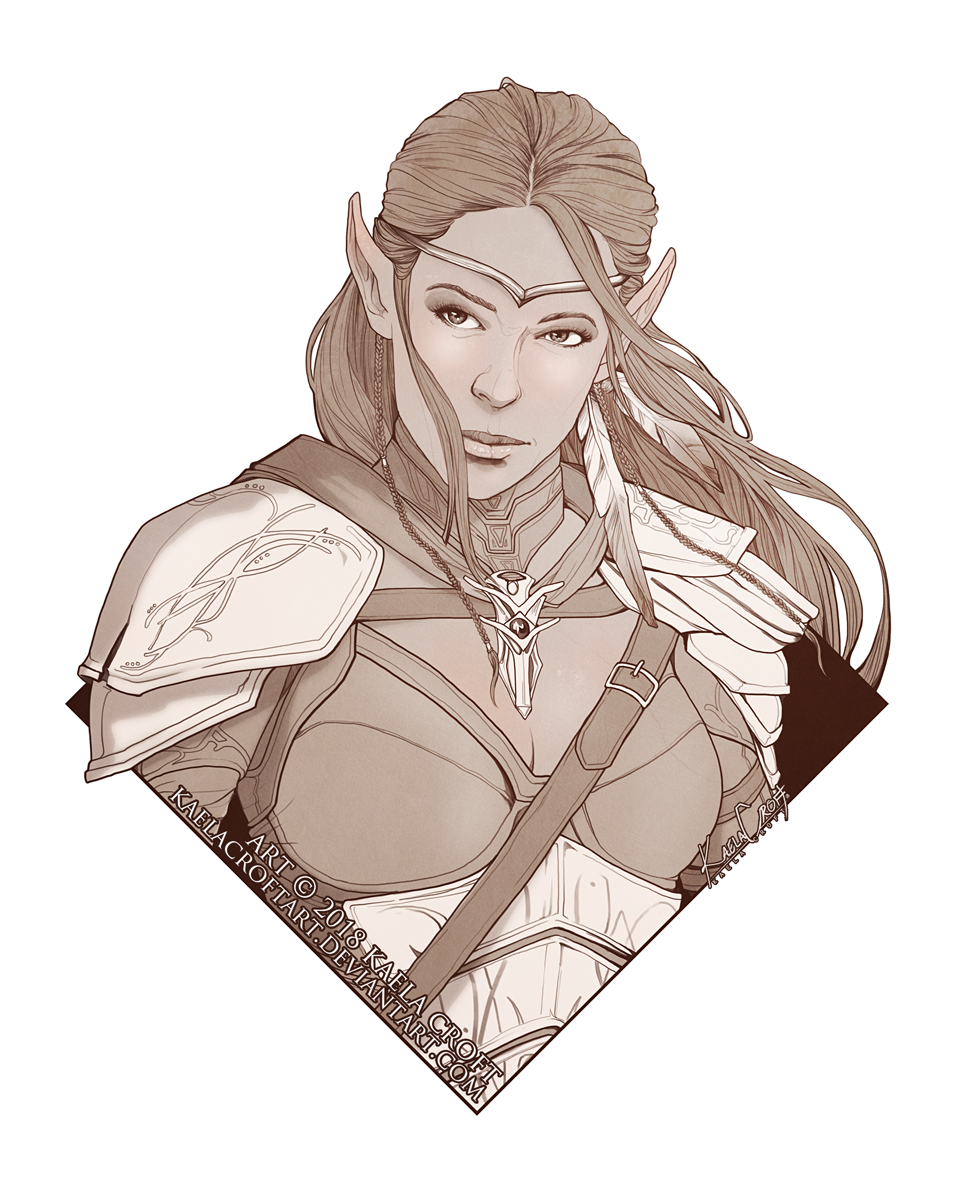 The perfect state is unknowable to we Altmer who strive for it. The Path to Alaxon does not come with the rebuilding of Aldmeris, for Aldmeris is a dream, a reflection cast on waters that have never remained still. None of our race can rebuild it. It is lost for a reason.

The Dominion claim to have restored Aldmeris in her guise of Alinor, heaven-sent pattern of royalty.

This is a lie!

When the Ancient Ones first built Aldmeris it was as a refuge from the chaos outside, a place of safety in a violent and ever-changing world. Its splendour was unmatched, its roadways lined with polished moonstone, tall glass towers scraped heaven’s icy vault, and Auriel himself (may his Eye look ever-favourably upon us!) dwelt in Crystal-Like-Law. Why, even his heart which was shed from his breast at the Doom Drum’s betrayal, became the Transparent Law of Time. These were the days when our King and our gods lived amongst us for we were all alike in our natures. Such majesty is a fiction in the hands of mortals, one best left to dreams than made reality for we are not the gods we pray to and such divine works are beyond our ken. Our desire to make the impossible real is the reason for our great and melancholy dispositions.

What has the Dominion done to bring Aldmeris back to us? Have they made Alinor great again, made each of our cities alike to the majesty of Aldmeris? No! Instead they have turned their Aldmeris into a place of fear and unyielding stasis. We have regressed and become worse as a society due to the Thalmor’s conservative policies. We have become racists, looking to purge the foreign influences from our Island home. Has this brought us peace? I tell you it has not. In fact, we are responsible for making war on Cyrodiil, for the Green Fire Massacre in Hammerfell and for the purges that have taken place around our borders. We are a race fallen from grace, our religion has always made that clear, but now we degenerate even further and become alike to beasts, baying for blood and seeking to devour everything in our path. We shall never be happy until we have purged all who are different, and then our world shall be barren, static and lifeless. Nothing changes and everything stands still. Innovation dies before their will. All we are shall be lost to their hatred.

The minds of the Dominion shall never be happy until all of Tamriel is swallowed in their vision of Aldmeris. Do not be fooled, when the Dominion speak of Aldmeris they speak of one unified imperium, one elven empire that will rule over all Tamriel. You will not find a Khajiit, Argonian, non-Altmer elf, or mannish face amongst its citizenry, for they will be purged and only the Altmer shall be granted citizenship. The rest shall be made slaves to the regime, working the land for their masters as collars choke them and overseers whip them into action. This is the dream of the Dominion, this is what Aldmeris means to them. We Altmer have always looked to make our mortal experience a gilded cage, if we are trapped we might as well make the prison look and feel nicer. The gilded cage of the Thalmor shall see Aldmeris rise again, founded on the bones of the lesser races.

A dream can only ever be partially-realised, and Aldmeris is most certainly a home of dreams, its wonders impossible to recreate. It was a city of dreams, its foundations imagination, its lifeblood, our memories, would flow throughout the realm. It shall never be realised in mortal form and we are too weak in our spirits to match the splendour of the gods above and so the great homeland shall stay buried in the mists and murk of our memories. Our nostalgia shall be the only thing that gives it life. Our state shall never know peace so long as we strive to recreate Aldmeris. Corpses do not make solid foundations for a city, yet the Dominion is content to build its vision on a graveyard, piling the corpses higher in order to feed their maniac zealotry. They are anti-Alaxon and anti-life.

I urge you, fellow High Elf readers, to rise up against the Dominion, throw off the fetters of enslavement, and unbind yourselves from the yoke of the Thalmor! Rise up against their cruelty! We are in an age of lost souls. Auriel has permitted the destruction of Lawful Crystal in order to show us our folly. The daedra swarmed the Tower guided by our King’s will, for only the King can reside at the top of the Tower, and only the King can order its destruction. So turn away from your nationalism, turn away from your hate and join me in revolution against the murderers and heretics known to us as the Dominion!

-This pamphlet was found nailed to the body of a wizened Altmeri sage. His corpse, punctured with hundreds of golden arrows, appears to have been left out in Alinor’s marketplace as a sign to others of the price of dissent.

1 thought on “Aldmeris is Beyond Us: How the Altmer shall never achieve Perfection.”