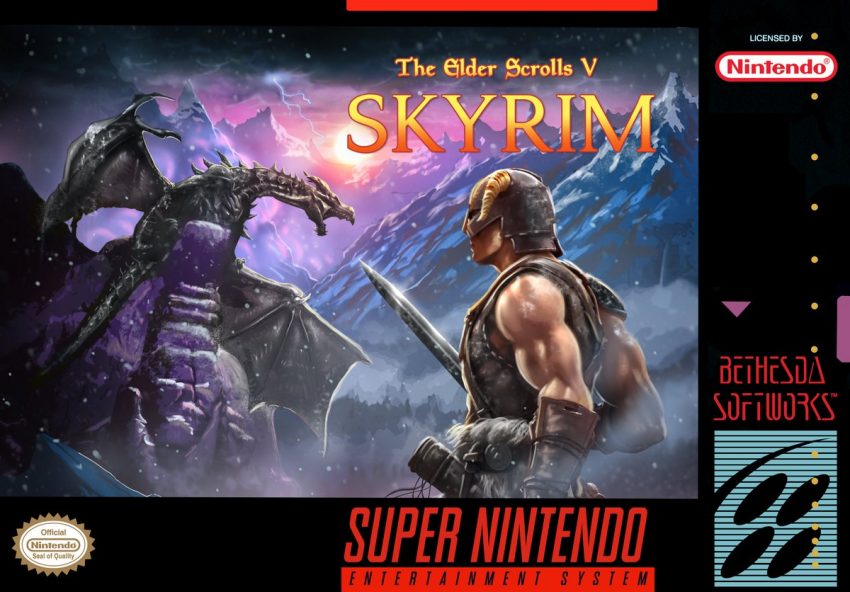 This is something of a response to The White Guar’s article on the nature of Sheogorath (Scratch That, Cheese for No One), in which he argued against the general ‘so randum lol’ attitude and memefication of the Madgod. And while it is true that Sheogorath, from a lore perspective at least, should be far darker and less whimsical than the light-hearted, jovial, Scotsman we encounter, I would argue that presenting Sheogorath as such, and to a greater extent, expressing the lore in its full depth would be a bad move for Bethesda to attempt, and frankly impossible for them to do.

One thing we all seem to forget from time to time is that The Elder Scrolls is a large, high-fantasy story, told as a game, a medium unlike any other of its kind. Tolkien’s universe and Lovecraft’s Mythos, for instance, are both told in literature, where the form and style are far freer in what the creator can do and present to their audience, whereas games, and video games in particular, are bound by certain rules that dictate what the creators can include. Things that immediately come to mind are technological limitations – certainly, magic within the lore of The Elder Scrolls can reshape the landscape, but that would be nigh impossible to include in a game. But that is the obvious part of this. What I feel is more important to remember is whether or not something included within the lore would make for a good game.

In my eyes, there are three things that are important for making a good game. One, of course, is story. A game with a poor story, that does not engage the players is a poor game. Another is gameplay. Janky controls, game breaking bugs, even poor voice acting can ruin a game. But the most important part is the game’s “attractiveness”.

Now, by “attractiveness”, I don’t mean graphics. I mean the game’s ability to attract both new and old players. With a series like The Elder Scrolls, there are certainly hundreds, if not thousands of people who eagerly await the next instalment in the series, having played the previous titles, but there are many more who will use the latest entry in the series as an introduction. I, for one, was such a person. My first Elder Scrolls game was Skyrim, first playing on my friend’s Xbox, and more recently, a copy of my own for the PC. In order for people like myself to start the series, to get hooked on the story and the lore, the game must be a welcoming one, and this is where I feel that total lore accuracy would be a problem. The lore of The Elder Scrolls is dark. Things described in it a brutal, violent and downright depressing. The story of Lamae Baelfog, for instance, or the antics of Sheogorath within the 16 Accords of Madness. And this is a good thing. Dark, gritty worlds are interesting, and they are fun. But they don’t always make for attractive games.

Let’s get a bit hypothetical here. Suppose instead of the bright and cheery, although somewhat sadistic, presentation of Sheogorath we get in The Mind of Madness, we were instead confronted with the dark, twisted logic of a mad god, who’s whims and desires teeter on a knife’s edge, who saps your ability to see the world as it truly is, who tears lives apart with the degradation of the mind. As a first-time player, with little to no experience with the lore of the series, would you enjoy this? Or would you turn away, finding it too confronting to continue. Imagine the same with Molag Bal. With Mehrunes Dagon. With the Thalmor. If these things were presented as they are in the lore, through in game texts and brief snippets of dialogue, then new, inexperienced players would be turned away.

Bethesda Game Studios is a company, and every company’s goal is to make as much profit as they can off their product. As much as we in the lore community would like it, they can’t do that solely by pleasing those who started way back and remain existing consumers. They need to attract new consumers, new players, who will in turn become regulars. This is what every game company must do. As much as we would like for the games to perfectly reflect the story and lore we love so much, this simply isn’t possible.

The medium of video games is not ideal for storytelling, at least not one on this scale. With novels, creators only have to worry about keeping the readers interested, because unlike video games, the story is not interactive. With video games, the player is immersed, and thus feels much more about the story, being more emotionally connected. Thus, they react more poorly to the darker, more intense aspects of it.

It is also the case that video games struggle to match the majesty and scale of things described in the epic stories and tales that make up much of the fantasy genre. Take, for instance, Tolkien’s Middle-earth series. The vast majority of video games based off of and/or set in Tolkien’s universe are atrocious, almost an insult to the source material. While I would love to play a good video game set in the world of the Cthulhu Mythos, almost all fail to capture the atmosphere, the existential horror so prevalent is, so vital to Lovecraft’s work. Why are so many of these games so different to their source then? The answer is simple. 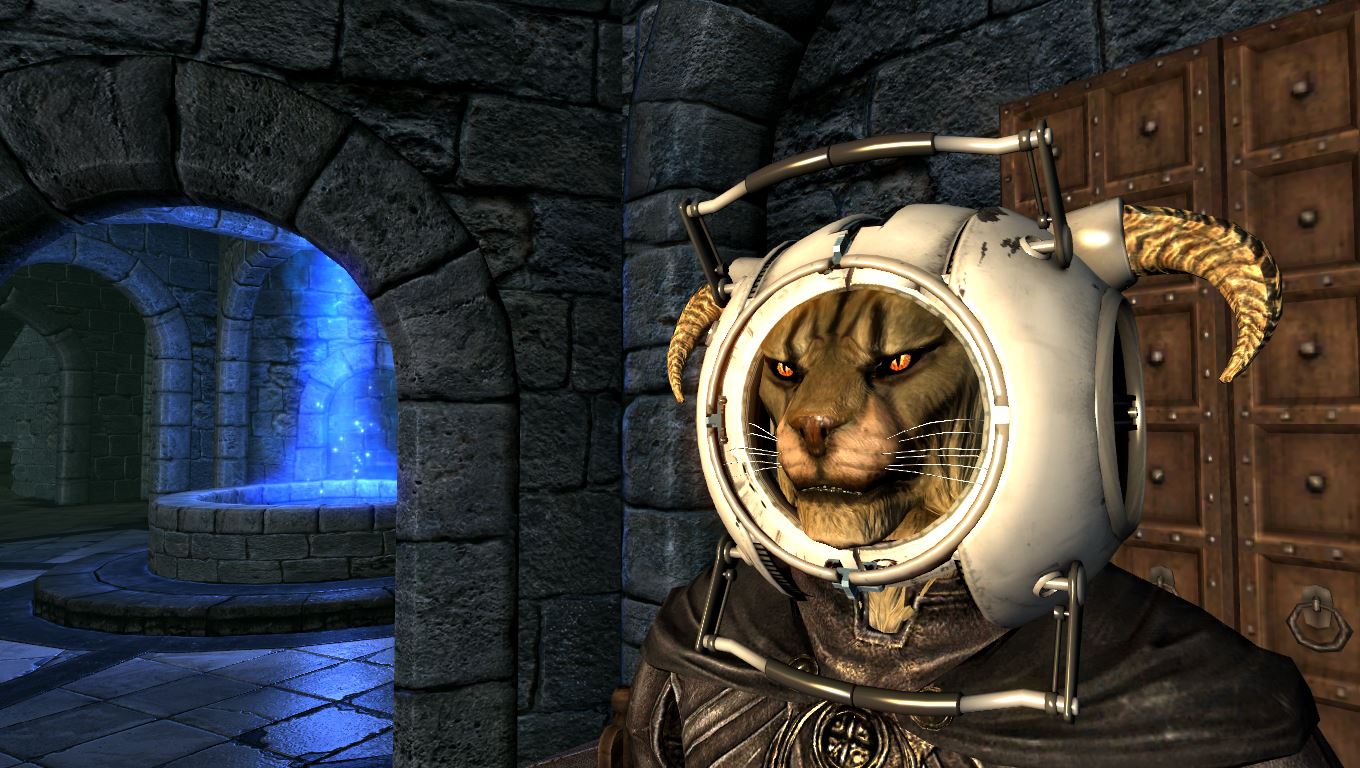 Games, especially RPGs, are interactive experiences. They tell the story from the perspective of the player’s character, and in a sense, the player becomes their character. Thus, everything begins to feel more real, the player becomes more invested in their character’s actions and the information they obtain. But because of this, moments that seem out of place are far more noticeable. It makes no sense, for instance, for a character in one of The Lord of the Rings games to know of Melkor, or of the Music performed by the Ainur before Eru Ilúvitar, because these things are so far removed from the situation of the character. The focus of video games is on the immediate – the combat, what the character can feasibly see and hear. Things on such a vast scale do not fit such an environment, whereas in literary form, the author can include this information through, as Tolkien did, collections of notes within the Appendices of their epics.

The works of Lovecraft speak of semi-divine, cosmic entities which the mortal mind cannot comprehend without losing its grip on reality, yet this can never be expressed through the medium of a game, where the character, and thus the player, must see what is going on in order to progress. When the developers try to show the effects of such beings as the Great Old Ones on mortals, they struggle to show the burgeoning insanity, the sheer terror that should be infecting the player character, because that would change the gameplay, mess with how the player experiences the game, and thus throws them out of the immersive experience.
Books, on the other hand, are rarely told from the perspective of the reader. Even when told in first-person, it is always the narrator or main character of the story regaling their experiences. As such, it is far clearer to us the effects of events on a character. We can see the growing madness within the minds of Lovecraft’s characters, because the author can show us these effects through language, through imagery and metaphor, without impacting our experience of the medium. We can learn of the mystical origins of Tolkien’s world because it makes sense for us, an outside observer, to be able to know of them. But with video games, especially ones in worlds as large as The Elder Scrolls, the creators must be careful to only include, only mention, the things that would be possible, that would be reasonable, for us, as citizens of that world, to know. And while I’m sure we would all like to know these things, because the world is so fascinating, we must ask ourselves – are we willing to sacrifice our experience, our enjoyment of the game, and the enjoyment of others, both new and old to the series, in order to find out?

The Elder Scrolls series always has been and always will be a game first, story second. In order for its beautiful story, its vast lore and world to be truly expressed, The Elder Scrolls would have to transition from a video game to an epic fantasy book series of the same length and scope, if not greater than, Tolkien’s Middle-earth, or Pratchett’s Discworld. But because the series started as a video game, a video game it must remain. And as such, it must continue to be focussed more on the gameplay, more on the functionality than the telling of an epic story, in order to fulfil its purpose.

To misuse a famous quote, nobody hates The Elder Scrolls games more than fans of The Elder Scrolls. And this is certainly true. The Elder Scrolls games are not specifically for those of us who are long-time fans or, as the common descriptor goes, ‘lorebeards’. They are games for anyone who wants to play them, be they a casual fan of the series, who simply enjoys wandering through fantasy worlds, hardcore role-players who wish to storm the lands of Tamriel as epic heroes, and yes, even us fans of the deep lore, who wish to unravel the mysteries of the world in which the game is set. But a game has limitations, far more than any other medium of storytelling, and as such, Bethesda must focus on the game, rather than the story.