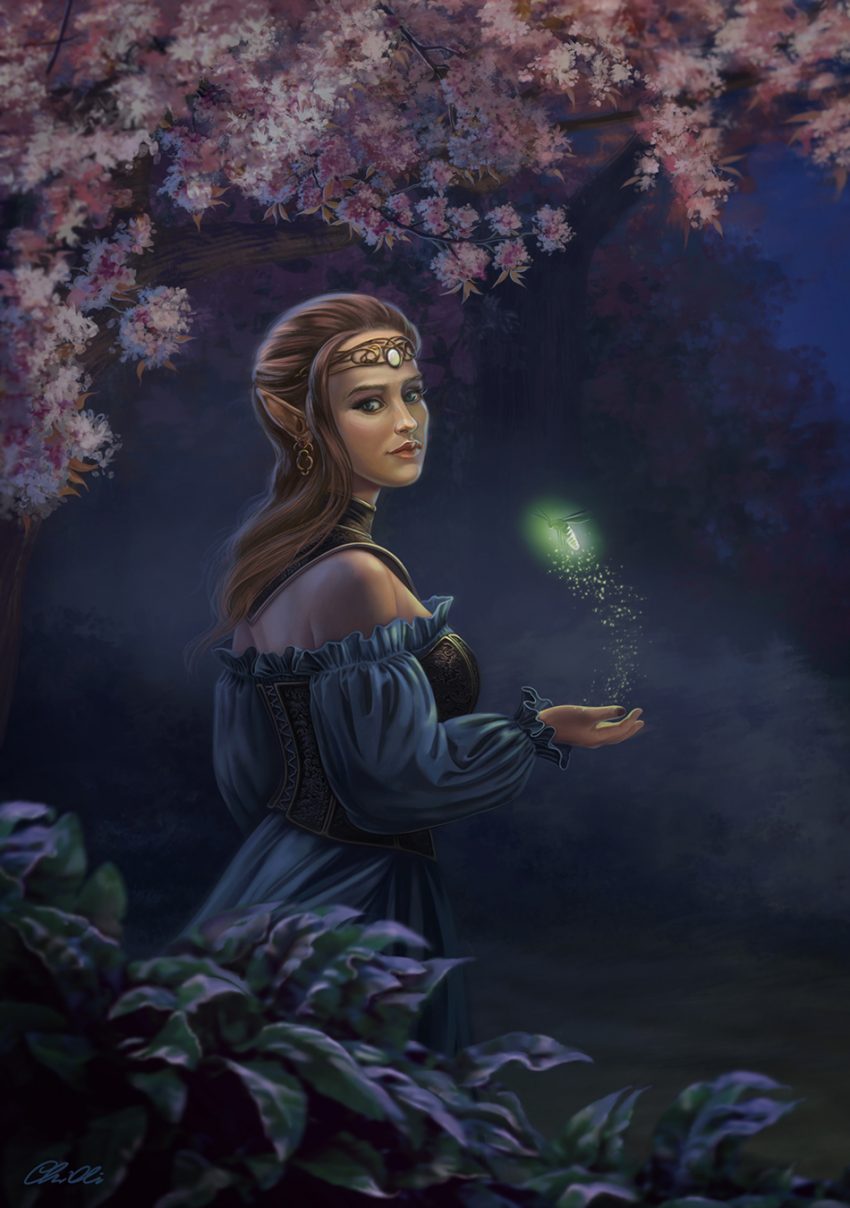 Report of Valiitha Direnni, Blades Agent assigned to the Imperial Province of Summerset regarding her informal investigation into the murder of Eranwen, Crown Princess of Shimmerene. 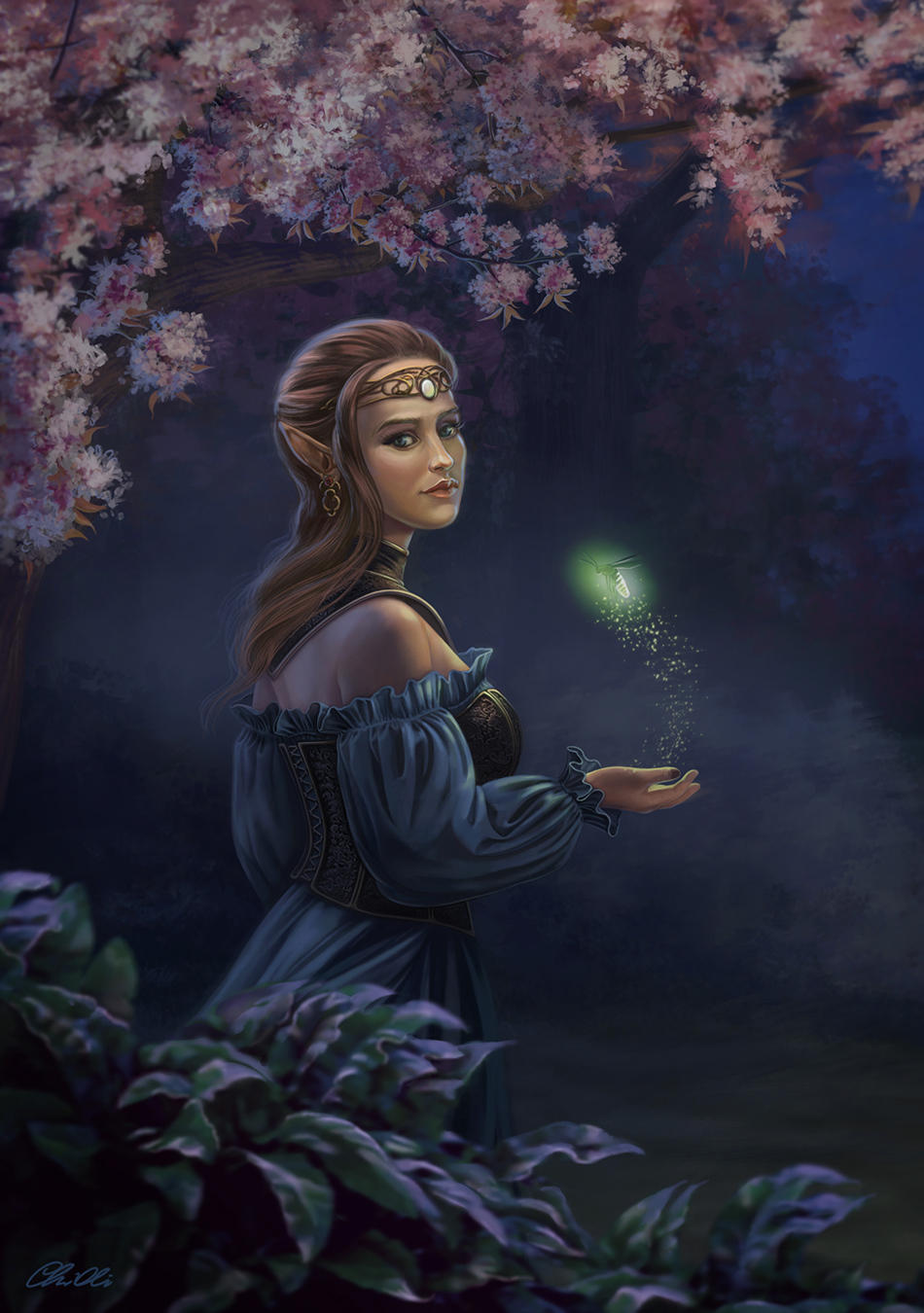 Princess Eranwen’s very public and gruesome murder on the night of 19th of Sun’s Height has certainly shaken the rulers and people of Summerset. Eranwen was undertaking week-long traditional rites at the Monastery of Serene Harmony when assassins gained entry to the complex and murdered the princess, her guards, and some of the monks present. The murder itself was probably performed quickly – a blade to the princess’ heart is thought to have been the fatal blow. But not content with killing their target, the assassins cut her body to pieces, and then carried out the bloody body parts to several places within the city. The princess’ head was dumped in a market square, while parts of her body were thrown over the walls into the compounds of the King’s mansion and the houses of various officials and nobles. The purpose of these gruesome deliveries was probably two-fold: both to instill terror and to render these high houses ritually impure. (The rites for restoring purity after such a sacrilege are still ongoing and have interfered with and delayed the proper rites of mourning. The killers could not have chosen a better way to disrupt the court of Shimmerene.)

Official investigations have been carried out by the Shimmerene authorities and the High King’s Justiciars, and the blame affixed to a local terrorist group called The Beautiful. I’ve previously reported this group’s failed and frankly amateur attack on the Crystal Tower. If this is their work, it will be their most successful operation to date. I have affixed a copy of the Justiciars’ report to this document. Let me stress I have no reason to distrust these investigators’ conclusions but since the case involves the highest ranking nobles of Summerset, an outside perspective is clearly needed.

Eranwen was sixty-four years of age, the first child of King Teliantar and his wife Estindil. Eranwen had two younger brothers: Morandur, forty-three (now heir to his father), and Andanyon, thirty-eight. At the time of her death, Eranwen was preparing for her wedding to Prince Meraedil, a cousin of the High King of Alinor.

(Note: Of course, the titles and ranks used by the Altmer of Summerset are inconsistent. King Teliantar is the hereditary ruler of Shimmerene, and is officially referred to by that title in communications with the Empire. But within Shimmerene itself, he is more usually referred to in the ancient Aldmeri fashion as High Kinlord of Shimmerene. There is a marked movement towards eschewing Imperial terminology within the Isles.)

The princess’ murder is a clear set-back for Imperial interests in Summerset. Eranwen was a voice for unity within the Empire. Eighteen years ago, she was a key figure in negotiating peace with Valenwood after the War of the Blue Divide, a war which we have good reason to believe she privately opposed. Her younger brothers in contrast are connected to the Thalmor, that largely obsolete artefact of the province’s governance pre-Empire.

(Please refer to my previous reports for details on the Thalmor’s current state. I have noted before that this group of mage-scholars’ influence is increasing, but as they had no allies among the rulers of Summerset, they have not been considered a serious threat to Imperial interests. After the Siege of Alinor, the local Kings and Queens of Summerset bowed their heads to Tiber Septim or lost their thrones; their heirs today are well aware of how much they owe the Emperor. Support for the Thalmor is more prevalent among the Sapiarchs and lower nobility of Summerset.)

The most obvious benefactor from Eranwen’s death is her younger brother, the new Crown Prince, and his advisors in the Thalmor. The relationship between Eranwen and her brothers was cordial but distant, as might be expected from the gap in their ages. There was no hint of discord within the family, despite their varying political inclinations, and since the murder, no evidence has emerged to implicate the Crown Prince in his sister’s death. Morandur, like the rest of his family, seems quite sincere in his grief. I only bring up the possibility of his involvement for the sake of a complete report.

I have very little access to the Shimmerene court, but I took the opportunity to present my condolences on behalf of the Direnni, as little welcome as that was. The Shimmerene officials seemed mystified at my presumption – they think very little of us “exiles” – but I was allowed to converse with the younger prince, Andanyon. Our conversation was longer and more informative than I dared hope. I had expected him to be a traditionalist, and I think in many ways, he is, but his view of the larger world is broader than I have been accustomed to meeting among Summerset’s nationalists.

“Hateful lunatics,” he said of The Beautiful. “But they must sense how rotten and dusty our society has become. And yet, instead of returning to our ancient roots, they can only tear down what is truly beautiful.”

I asked him point blank then, ignoring all protocol, what a return to these ancient roots would entail; closing Summerset to the outside world yet again? He shook his head.

“So we can waste away in luxury and corruption until we’re prey for another warlord? No, we must look outward. We must stand with our kin across Tamriel. With Valenwood. With Balfiera. With all mer. Or we will all perish.”

In conclusion, I did not find out any new information about the murder of the Princess, but I think I am being recruited into the Thalmor. I have stayed non-commital, and will await your opinion on how to proceed.

Note in Blades’ Archive, attached to this report. Valiitha Direnni is currently on duty as our agent within the Thalmor, see her dossier for management details.

Relevant section pg. 359 of “The Full History of the Blades: Vol. III’ by Esbern of Sky Haven Temple.

For two centuries, Valiitha Direnni served as the Blades’ highest-ranking agent within the Thalmor. We know now of course that she became the Thalmor’s mole within the Blades, and was personally responsible for arranging the deaths of most of the victims of the Thirtieth of Frostfall. Reading her reports, it is difficult to pinpoint the moment at which she truly switched sides, but her report on the Crown Princess of Shimmerene’s death demonstrates the early development of her sympathies.