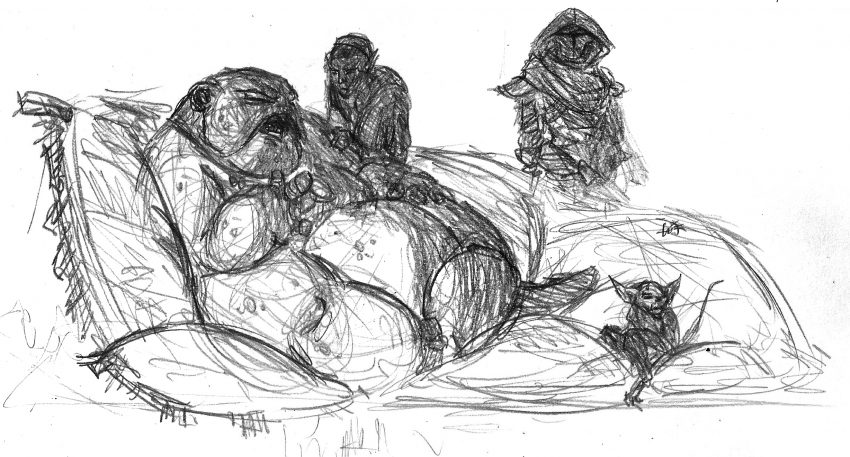 The Denial then came for Thras. And Thras offered nothing but spite. Teeming with water and stone, The Biggest spat in Denial’s face. “You cannot control Thras, Autumnal Thrum, for Denial is trifling compared to this one’s clutch of mountainous waves. By the bloat, the Negative ends upon this rock. The Hatred of Thras is all-enduring, and no tones can dissever Anathema. Configure Neht-Oht within the twicefold aperture and be rebuked.”

Denial thought to argue, but instead said nothing. Its voice could not sway Thras. The expanse of Thras upon the face of Nurgh, a magnitude that not even the luminescence of the deep could mar, was far too dimensioned to Deny. With this totem, dominion wrested from Denial, the Old Marble and Bile reclaimed the mantle whence congealed. Anathema claimed a celestial throne, now a wart to the pain of Seasons and Life and Demise. In glorious body and spirit, Thras and his manifold clutches and spawn laid claim to the kingdom of worms. From his lofty perch, Thras the Revenant intervened in the affairs of hither and yon, and made to pass what even the Choir could not withstand. With a bellow and a yawn, the Sload made of the void their home, and the expanse of the decaying sky was their domain in which to multiply.

2 thoughts on “The Denial”