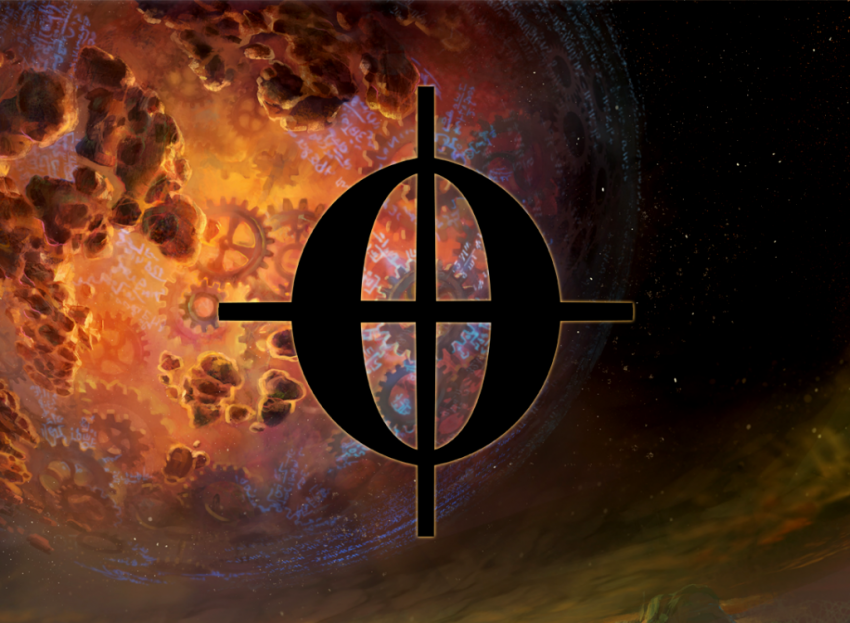 This article first appeared in Volume 1, Issue 10 of The Tel Mora Independent Press.

A lot of people, to this day, still argue about C0DA, and whether or not it should be considered “canon”. There is debate about whether or not the “canon wars” are over, and what constitutes canon, and, in some cases, whether or not canon is even a thing.

My response to those people? Stop being silly and actually stop to think about it. C0DA introduced explicitly, as far as I am aware, the concept of subjective lore within the Elder Scrolls franchise, for the first time. That was its purpose. The tale it told was just the sugary coating over the sweet nougat of that freedom. Subjective lore changes the game, completely, in such a way that canon, or what most people would view as canon, becomes irrelevant. That, I believe, is where most of the distaste for C0DA stems from – the seeming attack on canon that it has sparked. But those who view C0DA as an attack on canon are wrong. No, don’t light your torches and grab your pitchforks just yet, hear me out. C0DA isn’t about removing canon, it’s about the freedom to choose our own canon based on the actions we have taken within our playthroughs, and the conclusions we have come to when researching the vast library of lore that is The Elder Scrolls.

Now, many will say that subjective lore is a bad thing, that the only true lore is what comes from Bethesda. There is a mindset that only in game sources are relevant, and thus, C0DA is little more than fan fiction. In a way, it is fan fiction. But it is also so much more. Bethesda themselves have implemented plot tools to allow for everyone’s different versions of events to be considered canon. Dragon Breaks, anyone? Daggerfall is a prime example of how Bethesda, recognising that each player will have made different choices, and thus come to a different conclusion of the story, has done everything within its power to make those choices valid. In a series of games that are intentionally left so open-ended, what else can be considered valid, aside from the idea of subjective lore? Why would Bethesda allow you such freedom of choice, only to then turn around and say “No, actually, what you did was wrong?” They wouldn’t, and they don’t. Bethesda goes out of their way to legitimise everybody’s individual playthrough, and C0DA is simply another tool in that playbook, created by one of the most well respected ex-developers of The Elder Scrolls out there, one who still has a hand in the Elder Scrolls pot, if not in a major role. Sure, there is the official timeline of events, but that is a guide, in this writer’s humble opinion, not gospel. As I have pointed out, even within the official timeline, there are times when Bethesda themselves have allowed for variations in the specifics.

Now, don’t get me wrong. I’m not actually a fan of C0DA. I think the tale told within is excessively convoluted and intellectualised, filled with some of the most obscure lore, and extrapolations of said lore, that I have ever seen, but then, that’s what Michael Kirkbride is known for, often praised for, so what else can we expect? But then again, that’s the entire point. C0DA is how Kirkbride views the future of HIS Elder Scrolls. And yet, he’s not saying that is what will happen. He’s saying that is what will happen for him. His version of the future is not possible within MY version of The Elder Scrolls universe because in my version, Vivec is still being subjected to horrible torture by the Nerevarine, trapped for all time within a grand soul gem, as payback for his betrayal. The only one of the Tribunal to escape that fate was Sotha Sil, and only because Almalexia got to him before the Nerevarine did. Dagoth Ur also suffered the same fate. I have no lore to backup this version of events, save how I played my character in the Morrowind game. My Nerevarine, filled with memories of Nerevar’s death, was somewhat cracked, and only fulfilled her destiny because it got her close to those she felt driven to claim vengeance upon. My version is just as valid as yours, or Kirkbride’s, or Bethesda’s, because lore is subjective and it is individual to each person, each playthrough. That is the beauty of C0DA, that is its true purpose. To show each and every one of you that what you make happen, actually happened. It wasn’t nullified or retconned by Bethesda, or even if it was, that’s their version, not yours, so who cares? 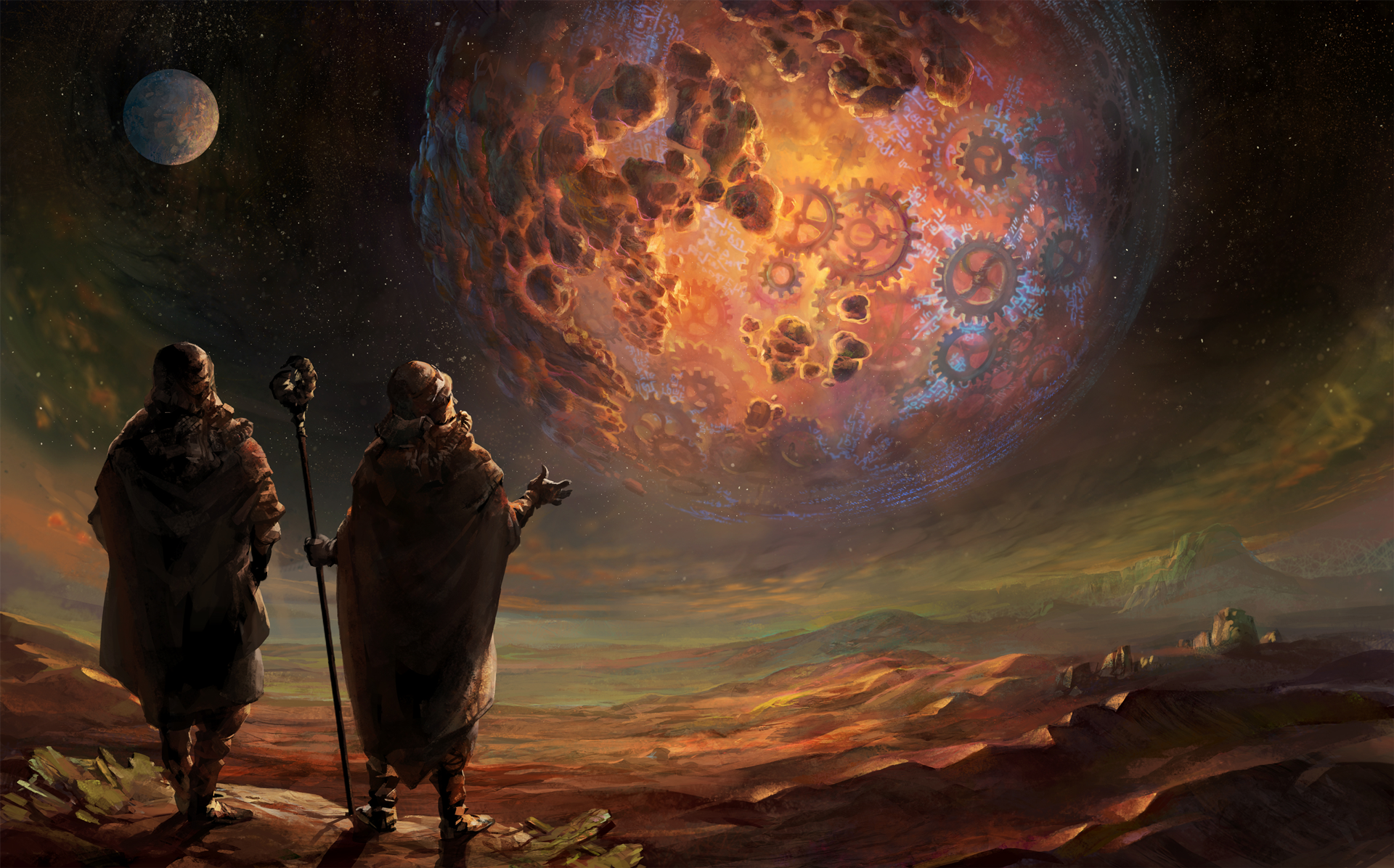 Let’s look at it from the other side. It is widely accepted that after the events of Morrowind, the Nerevarine went to Akavir (Don’t even get me started on whether or not that’s possible). Where does this information come from? Rumours. Rumours spoken in passing by NPCs on the streets of the cities and towns of Cyrodiil in Oblivion. Yet the lore community largely views it as fact. How do we know that these peasants and merchants have any clue what they’re talking about? We don’t, but because it comes from an in-game source, it is accepted. That’s just daft. I heard rumours on the street the General Gaddafi was a transexual. I didn’t accept that blindly, because, as we all know, rumour is often wildly exaggerated. Sure, I can accept that maybe the Nerevarine thought about going to Akavir, maybe even planned the trip, but rumour alone does not constitute fact. Yet we are free to choose whether or not we view these rumours as fact, because lore is subjective. I don’t feel that my Nerevarine will have gone to Akavir. She will have stayed in Morrowind, to help rebuild the nation into what it was before the false gods ascended. She will have torn her own house down to the ground for their blindness, and rebuilt it how it should have been. What does she care of the snake men? She has her own problems, her own people to care for. But I don’t preach that as fact, nor do I lambast those who’s Nerevarine DID go to Akavir. Because everyone has their own Elder Scrolls universe to inhabit, and what happens in yours is just as valid as what happens in mine. You see what I’m getting at here?