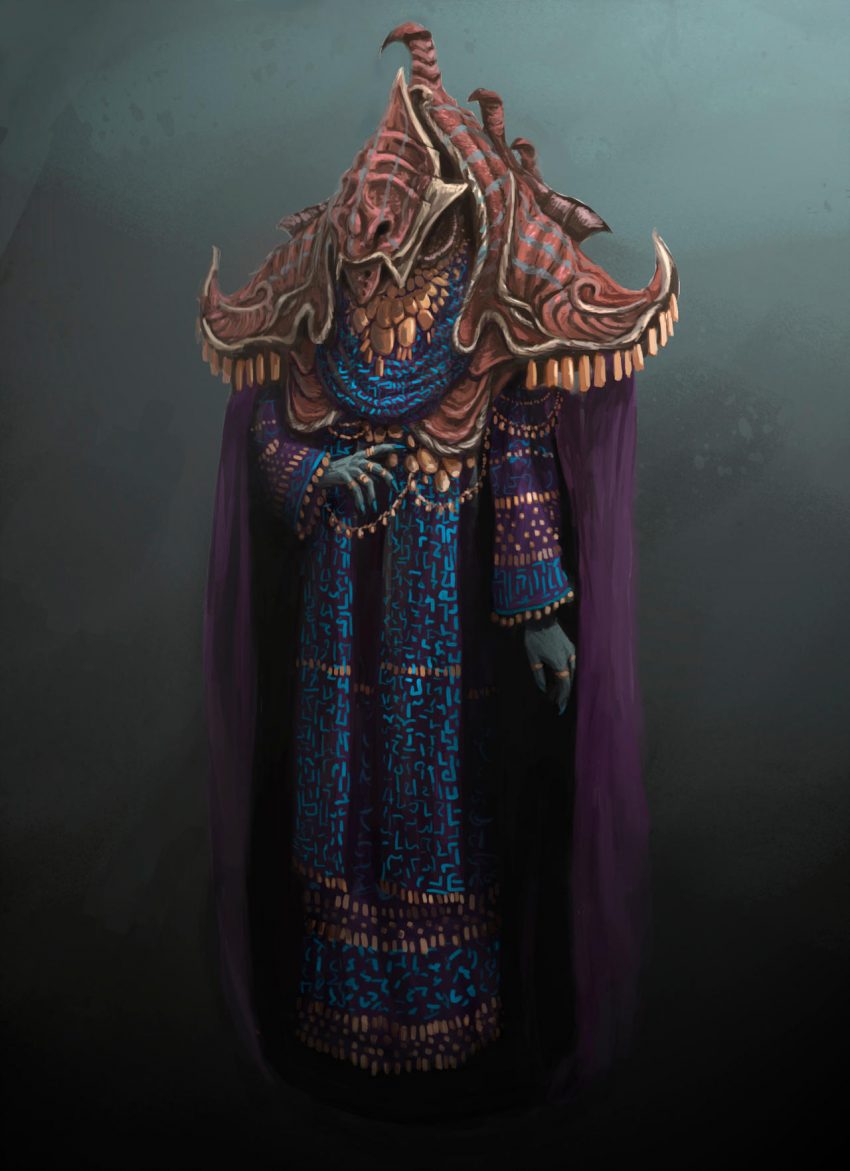 To all the leaders of the Great House Telvanni, whether it be religious, scholarly, political, or arcane leaders: this era has been a time of great strife for our people and our more importantly, our House. The mortals our people worshipped as Gods since their overthrowal of the Three Good Daedra, the ones we revered as our God-Kings for three eras, have betrayed and abandoned us. The Trial of Vivec showed us all that their destiny and divinity was an outright lie, and his disappearance began the downfall of Morrowind. In his absence, the Ministry of Truth fell closer to what is now the desolate Scorching Bay, prompting one of our own, the Telvanni known as Vuhon, to make a deal with Clavicus Vile, and agreed to offer Dunmer souls to his Ingenium. When this plan failed, the Baar Dau plunged Morrowind into ash, and the following invasion by the beast-inhabitants of Black Marsh left our House crippled and more fractured than ever.

The decision of the New Tribunal Temple to delegate Almalexia, Sotha Sil, and Vivec to Saints is not a step far enough after the devastation these three false-gods have caused our people for thousands of years. But I would expect no less of a religion founded on such an archaic and outdated beliefs. Any of the Masters of Arcane in this House who have encountered or dealt with Daedric Princes that none of them are to be inherently trusted on many levels, much less revered or worship. After all it was Azura herself who turned our skin from gold to black, and our eyes to fire.

Where does that leave us religiously as a House? It is clear the mistake the other Great Houses have made by accepting the worship of Mephala, Boethiah, and Azura, and once again it is on our House to rectify the religious misguidance of the rest of the Dunmer. The Aedric worship that has overcome The Arena spread vehemently by the Three Imperial Dynasties is more despicable than the reverence of Daedra found here in Morrowind.

After months of reflection and dialogue with the pious of the Telvanni, the conclusion is clear. Our House’s real strength and power in this world is our Arcane Supremacy. We have the brightest minds and most powerful mages in Tamriel. The College of Winterhold has been completely unable to even reach half the standing our old adversaries in the Mages Guild were able to achieve. The Synod and College of Whispers in the Imperial Province are weak and ineffective scholarly institutions. The unambitious Psijic Order has done nothing to stop the rise of a dangerous, aggressive government in their own Summerset Isles. We are the most powerful and influential arcane force on Tamriel. Our piety should be devoted to this strength. There are but two deities who can satisfy a Telvanni Pantheon. 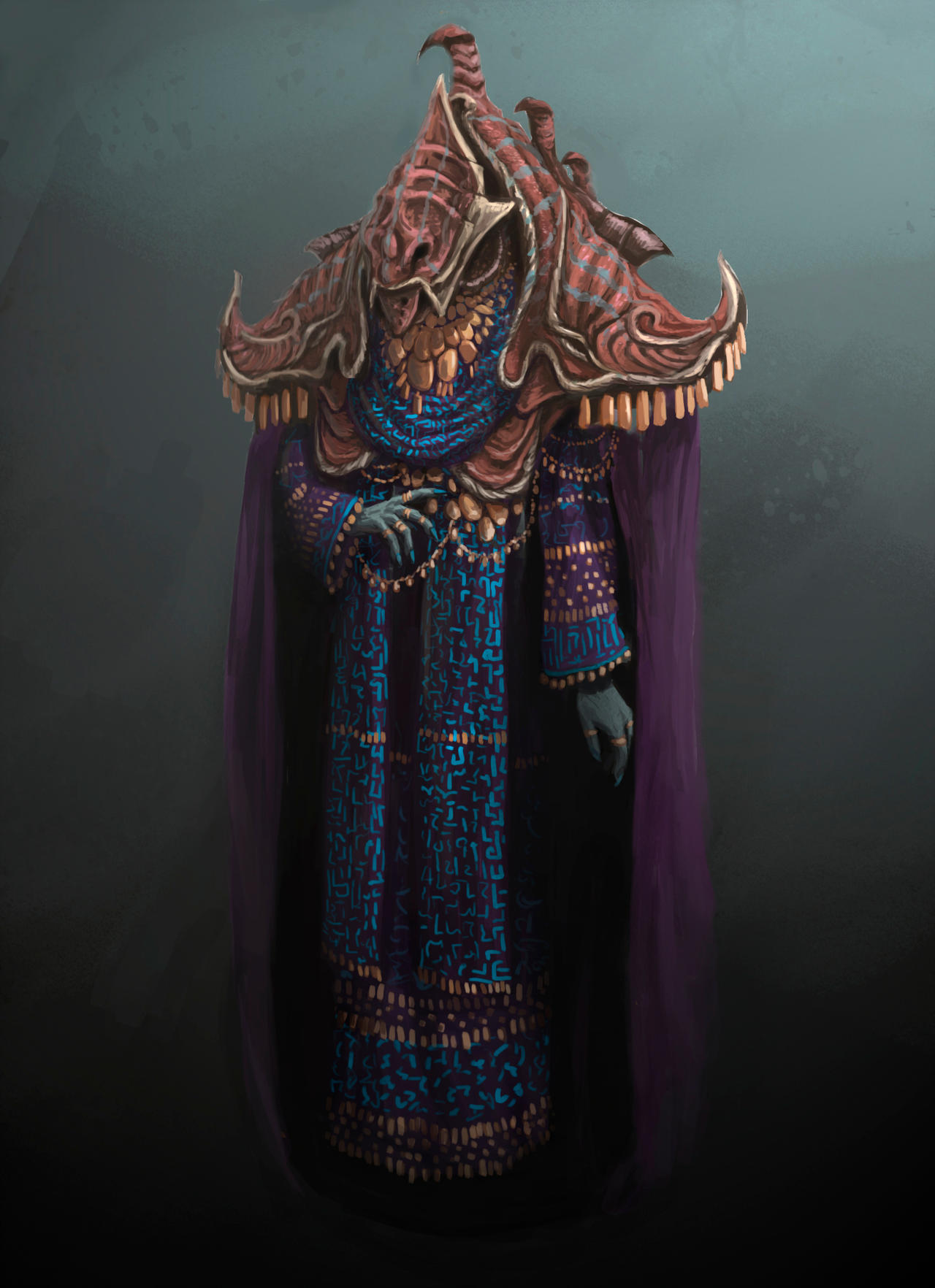 Magnus is the Source of all Magic, he is the source of all of our power and strength. He designed this world, and his power flows through it. Our reverence and dedication to him can allow us to enhance our attunement with the flows of magicka that surround us. Magnus saw the death that the Aedra would suffer upon completion of Mundus and departed, and exists in his ethereal state in Aetherius.

By the Empyrean Light of Aetherius, may the Eye of Magnus always be upon me. Grant me the wisdom to use his gifts, and patience to know his wisdom.

The Dragon is bound with noble sighs.

The Serpent is bound with shifting tones.

The Sun is bound with metal flames.

The Earth is bound with secret knots.

Magnus is the Aetherial Ideal all those who study his Clever Craft. Our House should strive to attain his ideals.

There is only one other deity who offers patronage to those in the pursuit of arcane mastery. Magnus is one of the oldest of the deities, and the Necromancer’s Moon is one of the youngest. I remember when Arkay’s hold over soul gems was broken, and an easily accessible method for collecting black souls was born. This phenomenon both perplexed and interested me, and I had my doubts at first, and I wrote to an old colleague, Luagar Anulam, the preeminent expert on Dwemer in Tamriel, invited me to come observe this phenomenon at the Imperial Orrery at the Arcane University, and to my surprise, a plane(t) new to our realm was in fact eclipsing Arkay. This new celestial body, the Revenant, Necromancer’s Moon, is a clear choice for pious devotion from our House.

The backwards, archaic Mages Guild is no more, and their outlandish ban on necromancy no longer has its hold on Tamriel, and our House’s long-standing necromantic practices will be met with less ignorance and irrational hatred in the coming ages. It is time to lead Tamriel in this reclamation of the Dark Art, as long as we do not fall into the vices of Vuhon, desecrating Dunmer souls for our practices. The Necromancer’s Moon weakens Arkay’s grip on the deceased and their souls, and empowers our necromancy. This deity should be revered by the Telvanni as the dawn of a new age of arcane advancement.

A new age is dawning for the House Telvanni. We are regaining our strength, having braved the fire and ash and attacks by Argonians, we are poised to become stronger than ever, but falling into the Daedric worship that doomed our predecessors, the Chimer, will doom our House in this age of the potential reshaping of Tamriel. Reflect on your conscience, and the struggles of our House, our land, and our people. Study and improve your crafts. Consider how our House can best utilize our strengths in the coming age.
Walk with Magnus,

“Telvanni Master” | Illustration by Swietopelk for the Skywind Project, DeviantArt