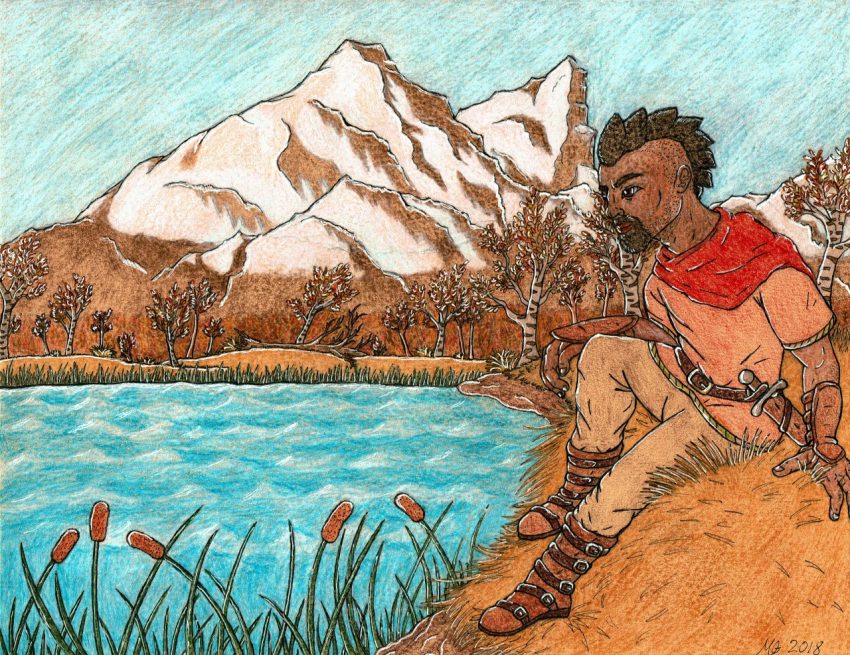 “THE LAND OF SONG” 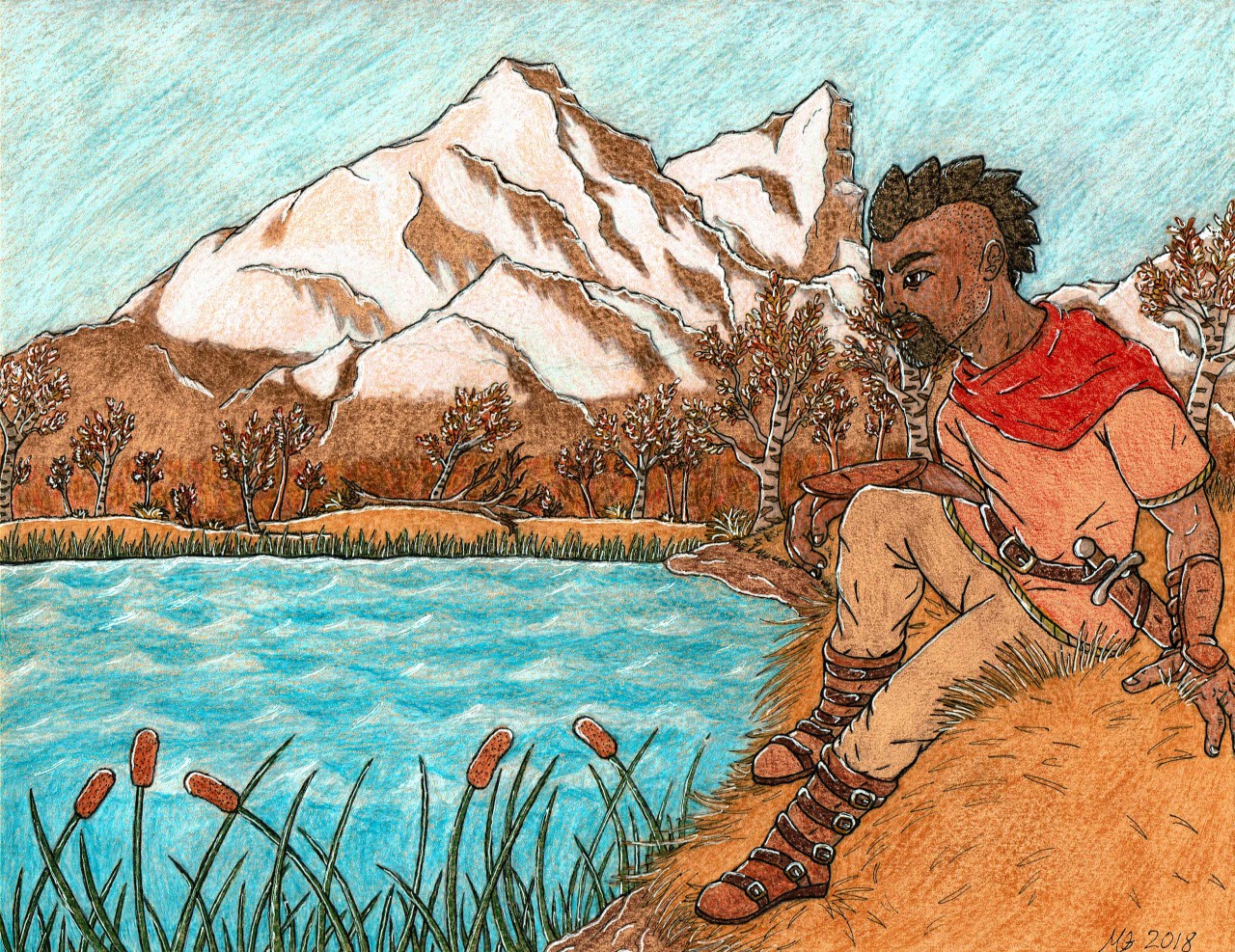 They are two sides of the same coin, but this is a complicated story. Let us start at the beginning.

Satak was First Serpent, and all the worlds to come rested in the glimmer of its scales. The worlds called out for something to save them. Since there was naught outside of Satak, help had to come from within Satak. This was Akel, the Hunger and Harbinger of Light. For Satak’s glimmer was the only light, but as Satak coiled ’round in ravenous hunger, so too was Light unbound from the First Serpent.

With Light came the onslaught of Time and violence. As the worlds learned to breathe, spirits began to emerge. The spirits were new, and knew not what they were and were not given shape or form until the Hunger caused Satak to bite his own heart. This was the establishing of the First Natural Order, where the spirits that had survived began to take names. As the first of the new worlds was born, so too was a new spirit. This spirit would eventually become known as the Man of the Stone Forest, but he was not known as this at this time. Instead, he was known as Irfaan.

Irfaan, like his surviving kin, began to understand their place in the new cycle. Irfaan knew more than others, since he was First Born of Satakal. Ruptga was not his father like so many others. As Ruptga got other spirits to follow his lead, Irfaan went his own way, for he was his Father’s son, and wished to honour his Father. Just as stories are passed from generation to generation, so too are knowledge and wisdom. Irfaan was born knowing full well his purpose.

With the unbinding of Satak’s Light came chaos, and it wasn’t until the birth of Satakal that Irfaan brought LAW. But as Law was brought to creation, so too was the Peacock Angel that was born of Light and LAW yet was neither. The Peacock Angel was Mirror-Brother to Irfaan, and so they were alike and unalike.

In its beautifully coloured tail, the Peacock Angel boasted all the colours of Light yet gave no Light of its own. The Peacock Angel sang its harsh song to Irfaan, who sang about how beautiful the colours were, and how magnificent the tail was. As Irfaan sang, his beautiful voice attracted many worlds. As the worlds swooned, Irfaan promised himself to each and every one of them and gave himself wholly unto all the worlds of creation.

None had noticed the Peacock Angel, and the Angel knew this wasn’t right. So in its jealousy, it stomped and cawed all around the worlds, howling its displeasure and seeking to tear them apart. But a pact had been made between Irfaan and all of creation, and all the angry cawing of the Peacock Angel could not change that. And so the Peacock Angel sang and danced, enticing curiosity from any that would watch and listen to his song.

Thus was how the unbinding of Light led to the creation of LAW, and thus did the Peacock Angel Sing And Dance To His Own Tune.

“On the Banks of Lake Honrich” | Illustration courtesy of Maya Gilstrom, Instagram