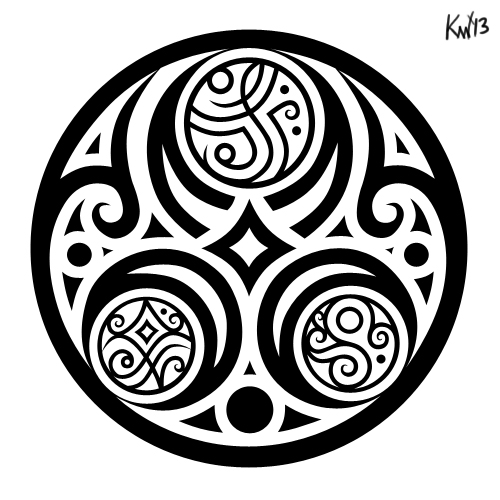 Lorkhaj was born in the Great Darkness, and it filled his heart and touched his soul. Through him the Darkness found its name and form, and she was called Namiira. The children of Fadomai did not see her and neither did they feel her presence, but Namiira was there: to hold Lorkhaj’s hand, to chuck him under his chin when he was tired, to kiss his forehead when he was sad, to help him up when he fell down. But this time, she would not be able to help him up again. Because after many phases, Nirni went to visit them and she said: “Lorkhaj, Fadomai told me to give birth to many children, but there is no place for them.” And Lorkhaj, in his undying love for his sisters and brothers, responded: “Lorkhaj makes a place for children and Lorkhaj puts you there so you can give birth.” After hearing these words, Nirni happily thanked her brother and left.

Namiira wanted to continue to fondle Lorkhaj but he took her hand and didn’t let her. “I don’t have time for this, heart of my Heart. I need to help my sister.” With these words he got up, zealous glimmer filling his soul. Namiira could feel his excitement, but he couldn’t feel her sadness and fear. She watched over him in these days. She heard the other children say bad things about him; some of them left and some of them didn’t want to help Nirni. She wanted to warn Lorkhaj, but his ears were closed. He was too busy helping Nirni. And one day, she suddenly noticed great anger rushing through the air. Lorkhaj’s work was complete and Nirni was able to birth her children. And in his undying love he had bound the other children of Fadomai to this new place too, so they could appreciate his work. But they didn’t appreciate it. They were furious because he stole their power with this action, and they screamed in anger. 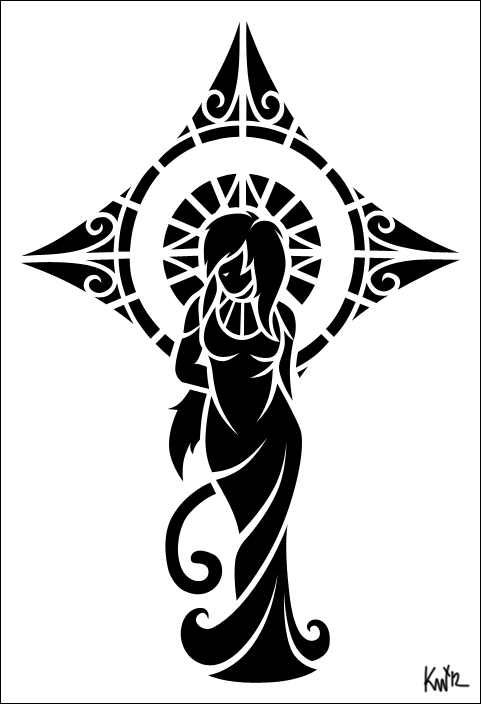 Namiira searched for Lorkhaj to warn him, because, just like her sadness and fear, his siblings’ anger did not reach his ears. Namiira seized Lorkhaj, and tossed him around so he would finally open his ears and eyes. “Lorkhaj, what did you do?”
He smiled and widened his arms. “Take a look, my love. Isn’t it beautiful?” And it was. From far away Lorkhaj heard the growling of the angry gods. “Tell me, heart of my Heart. What is this noise?”
Namiira took his face into her hands. “Oh Lorkhaj, your brothers and sisters are full of anger because they don’t like the world you created.”
Lorkhaj was confused. “But don’t they like my gift? Don’t they appreciate the work I did for their sister and for them?”
“They think you are evil! And they come to destroy you!” Namiira cried. “Run, soul of my soul. I will fight them off!”

Eternal Darkness flooded the Aurbis to hide Lorkhaj from his siblings, but they were smart and Namiira knew they would find him soon if he didn’t move. Lorkhaj didn’t believe his family would ever try to hurt him, so he stayed, and they found him. None of them cared about Namiira, for their anger was aimed at Lorkhaj. He tried to appease them but they didn’t listen. And when they ripped his Heart, and with it Namiira, from his body it was too late.

And Lorkhaj fell. Did Namiira try to catch him? Of course. But his body was too heavy of a burden and parts of him slipped through her fingers. Namiira cried and tried to follow him to Nirni, whom he was falling down upon, but she didn’t succeed. When Lorkhaj hit Nirni she was able to see Namiira, and laughed in her devastated face.
“Oh Darkness! Your loved one forgot about you, and he will now walk upon me for many phases. Know that I love him too, for he helped me give a home to my children. But you, Great Darkness, you are a hindrance. That is why he will forget you and why I will never allow you to talk to him ever again.”
So Nirni continued to birth her children, and Namiira withdrew from the World, but couldn’t bear her love with her, so she made a Dark Moon out of as much of him as she had, and departed, and she covered herself in her own Darkness and cried. 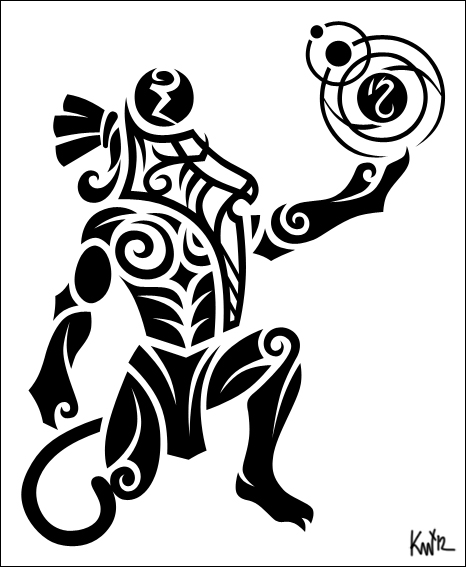 Knowing she could never forget her lost love, Namiira decided to wait in the Dark Behind the World, to wait until the very end, if necessary, for the chance to be reunited with her beloved. Seeing the children of Nirni were so like Ahnurr and their angry gods, Namiira took pity on the World, and became as a mother to the broken and the bent, who so reminded her of her dear Lorkhaj. She still waits in the Dark.

1 thought on “The Death of Lorkhaj”