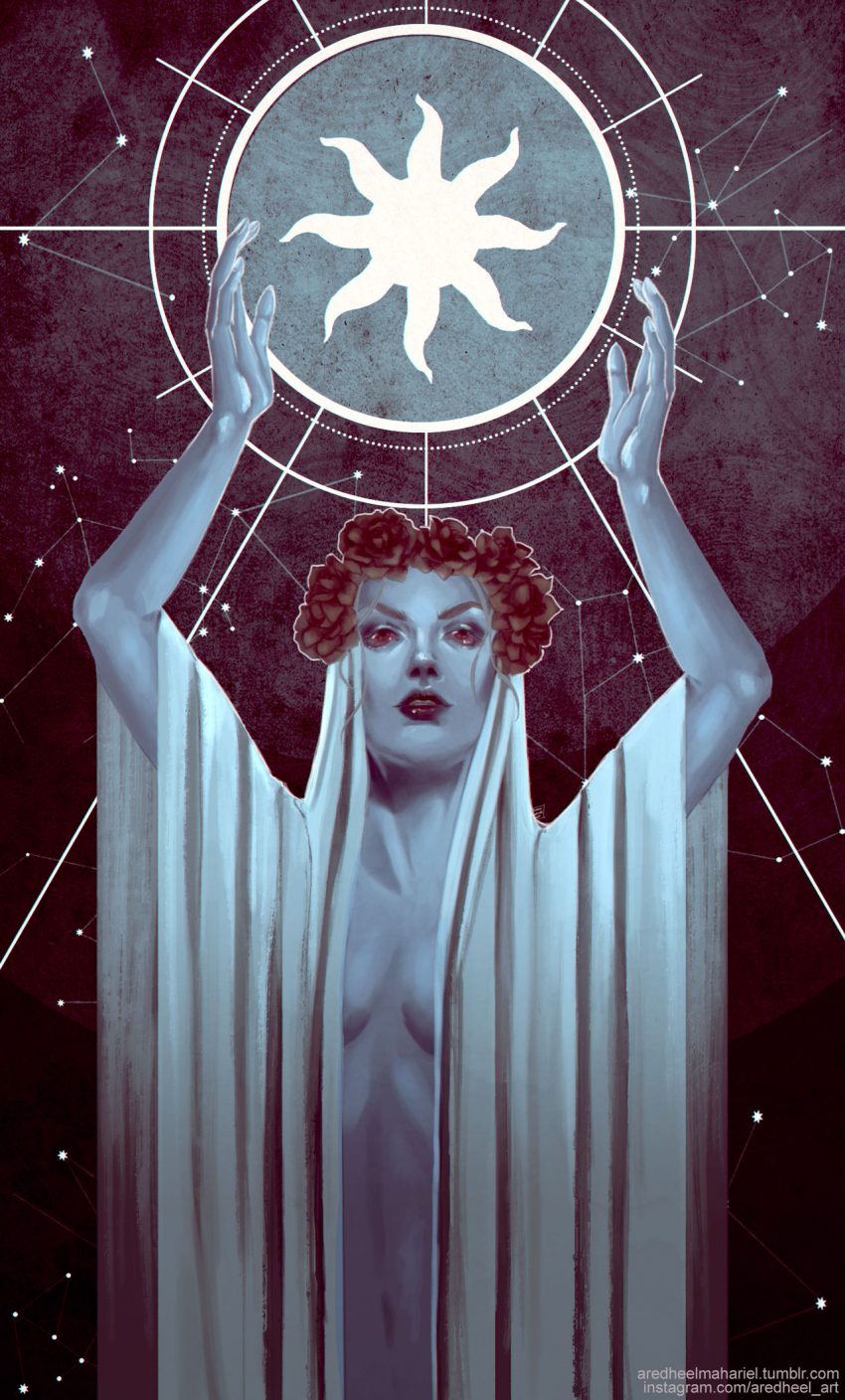 Some weeks ago I came to some village in County Cheydinhal with my younger sister, Llevana Nerethi. We came from Morrowind, due to the rising political tensions and the decline of the Tribunal Temple.

She came with the intention of starting a family. Me, I just wanted some peace and quiet. In any case, we used our collective savings to buy a small cottage in the village, and I thought about saving enough money for a little cottage of my own before I’d be swarmed by her future brats. I want nothing to do with children, least of all whatever my sister is going to spawn, and if I have to deal with them, I prefer to do it as rarely as possible, elsewise I run out of politeness and patience.

Well, some weeks after I arrived, the village was attacked by nuisances of Oblivion, namely scamps and dremora. A whole pack of them. Many people died. 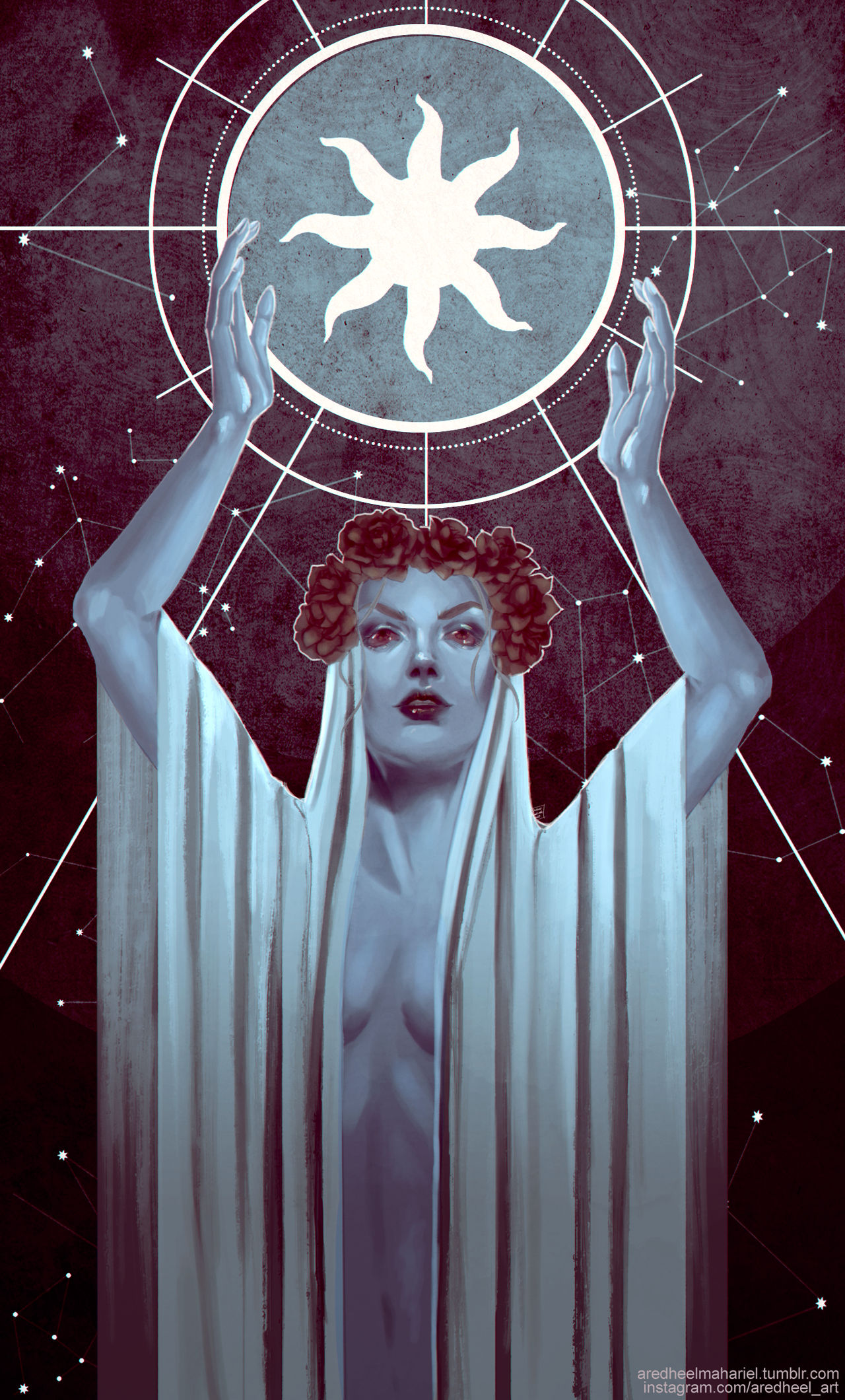 Naturally, scared and frightened after escaping with our lives, we wander around, aimlessly and yet also with some aim, until we reach a refugee camp outside the city of Cheydinhal. Whole bunch of people from all kinds of towns and villages in the county, seeking the solace and safety of brick walls, and only finding the agents of order, dressed in uniform, turning them away, just doing their jobs, crushing hope and spreading despair, and all the while wearing the faces of stoic righteousness.

Maybe even the whole continent.

So we spend some days in the camp and one day some bloke just hands me a pamphlet.

The title amused me, so I decided to read the whole thing. And now Im writing a pamphlet of my own, in response.

That is how Feldrano’s drivel begins. It’s true enough, I suppose. But then he says :

When I stumbled upon that unfortunate atrocity of words, I had no idea if I wanted to laugh or to scream. The sheer wrongness of the sentence left me baffled.

You cannot have balance with a one-sided coin. To think otherwise is nonsense.

Not that I have anything against nonsense.

Believe it or not, but I do appreciate order, in my own way…where’s the fun in breaking the law if there is no law to break?

Anyway, enough of that.

Feldrano goes on to ramble about some dream he had, and he says :

Lest you forget, old man, the whole wide world was created by the interplay of IS and IS/NOT. Neither of us would be here without the combination of order and chaos, the intense intercourse of Anu and Padomay. When those things are considered, your arrogant claim about Sithis being somehow existentially dangerous becomes all the more annoying to me.

Immense danger. Immense danger to what? None of the Lords and Ladies of Oblivion really want Nirn to be gone. Not even Molag and Mehrunes, though they’d probably tell you otherwise, just to avoid appearing sentimental.

I’ve had drinks with Uncle Sanguine on a few occasions, and I’m telling you, he is quite harmless himself. At least, that’s what he tells me, and I am very much inclined to trust whoever truly knows how to have fun. If you end up drowning in your own bodily fluids, that’s YOUR fault, not his.

I couldn’t have said it better myself.

No, consorting with the Daedra is a particularly dangerous activity if you have no idea what you’re doing. If you contact Dagon, Boethiah or Bal out of the blue for no reason, you’re probably going to die, but Uncle Sanguine is almost never busy, and he ( sometimes even she! ) is always happy to head down to Mundus for a mighty meal and a drink and maybe even a carnal union of flesh.

The foolish monster that I am, once spent some time in a temple of Vaermina. Eventually, I left…but not before training my psyche, by exposing my mind to all kinds of terrors and horrors. Vaermina is a cruel mistress, but her teachings are not without practical use.

Blah blah blah. If this old fool knew Dagon, really knew Dagon, he’d know that this invasion is just a means to an end, as is everything else Lord Dagon does. It will eventually be stopped, by vast armies or a gallant hero, or whatever. I hate to inspire hope, but his defeat will come, sooner or later.

Dagon is the Prince of Destruction, and destruction is the herald of change. In order to bring about summer, winter must vanish. In order to build a timber house, you need to cut down a tree. In order for something to live, something must die…whether it be a potato plant or a cow.

And so on and so forth.

I have said enough. In case I am questioned by the legal authorities, none of what I have said is true.