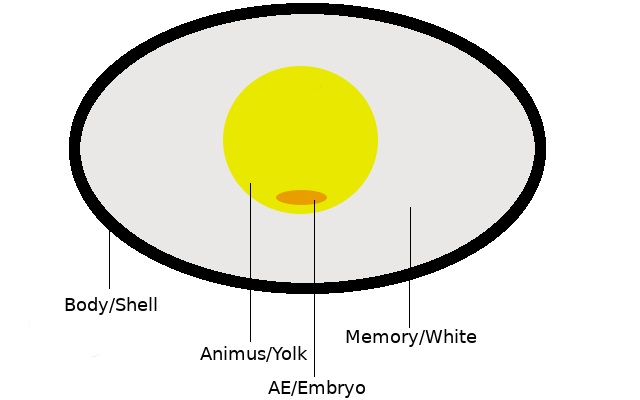 A Basic Treatise on its Structures and their Functions

Author Biography: All manuscripts by this author have been submitted to the Press by a large, imposing, humanoid figure. While this figure appears to be vaguely masculine, during all encounters it has worn a cloak that obscures its features; as such, the staff is unable to provide a more accurate physical description. We additionally suspect that this being is using Illusion magic to alter their appearance. As a condition of publication, the editors demanded the author to identify themselves. Commandant Clever has only revealed its name, the fact it is a pseudonym, and that it is associated with the Imperial Legion in some capacity, leaving immediately afterwards via teleportation. This is their first submission. After much debate, the editorial team has decided to publish these manuscripts. This is their first submission; we believe that the quality of its work speaks for itself.

For far too long, this author has been forced to direct their eyeballs in the general direction of the nearing-illiterate scrawlings of one Usepp Arteusorre. How one so otherwise ignorant manages to produce such a large body of work brings to mind the aphorism of quantity over quality. While recovering from the headaches brought upon by reading dear Usepp’s works, this author was able to pinpoint the most basic sins that typify most all his drivel- a staid and stodgy tendency towards that which seems “simple” or “mundane”, and an unwillingness to expound upon that which is not explicitly discussed. However, the straw that broke this author’s metaphorical back was Arteusorre’s recent examination on the structure of the Soul, and some of the outrageous claims it made, such as its indivisible nature, and an assertion that Black and White souls are merely a mortal conveyance. These errors are clearly a result of the prior urges mentioned, but just as well dear Usepp appears to have excluded works that disagree with his more simplistic interpretations of metaphysics, such as those examining the nature of the Vestiges active during the Interregnum. But worry not, dear reader! For I, the constant collator of cryptic content, Commandant Clever, shall share with you my knowledge in an attempt to right those whom have been misguided by the ramblings of Arteusorre.

Attached to the manuscript is this image:

What most common folk think of as a “soul,” if they happen to ponder such deeper questions at all, is merely a single part of a greater whole. To truly imagine the structure of a Soul, one must start with an entire being. And to truly understand the structure of a being, one must picture an Egg. The body is, of course, the Shell in which the soul resides. One breaks the shell, and what is inside comes irrevocably pouring out; similarly, enough harm to a being leads to the soul naturally and permanently parting from the body. Most prominent inside of an egg is the Yolk, the nutrient store of the developing being. So to is the Animus, the most well-known aspect of the whole. The raw power-source of a soul, the Animus appears colorless or white to mortals, hence the name “White Soul” for these more commonly-found phenomena. This is akin to how mortals perceive the Void of Oblivion as the dark, night sky as opposed to formless chaos. The author suspects that this mortal interpretation of that which it cannot properly perceive is the source of the idea that the very concept itself is a mortal construct, rather than a mortal mind’s rationalization of the fantastic it can perceive but not properly understand.

Upon death, the Animus returns to Dreamsleeve where it then dissipates, but the art of soul capture allows this to be hijacked at the very moment of a creature’s death (or longer, if one is particularly accomplished at necromancy), enabling the Animus to be used as a rather potent power source for various magical means. Various sources have also called the Animus, “the essence of the mind.” While this is not strictly correct, as we will see later on in this model, the Animus is a necessary component for any processes remotely resembling life, being the source of power that is drawn upon to cause them. A being with a compromised Animus will feel notably weaker, physically, mentally, and magically; if the process continues, they become shambling husks, going through the motions of life, before simply… ceasing to do anything at all, merely existing in a state of constant catatonia. Just as well, there are recorded cases of particularly particularly strong animus “flavoring,” for lack of better term, the item that their soul was used to enchant. The most prominent example is that of the Soul Sword of the Redguard. The soul of Prince A’tor was captured upon his death during the Battle of Hunding Bay, in an attempt to resurrect the monarch at a later time. However the attempt was unsuccessful, as the Animus did not re-enter the body of A’tor, but his sword, which became possessed of a will of its own, able to move on its own and communicate with other beings to a limited degree.

Most creatures are only possessed of a white soul, being mostly uninspired clumps of Animus, without much greater complexity beyond that. However, much like an egg, the yolk of Animus is only the most prominently visible part of a soul. Within their Animus, all creatures are possessed of what is known as the AE, akin to how a yolk contains that which will develop into the entire creature. This part of the soul escapes simple definition, but can be simply thought of the sense of self-being and personhood that is most prominently displayed by Man and Mer. However, this is a gross simplification of the concept. Everything that this being is, is of the AE- the totality of their personality, all of their hopes, dreams, preferences, thoughts, opinions, drives, how they interact with others & the world around them. The strength of one’s AE dyes the Animus; the greater the self-concept possessed by the creature, the darker the tint of its soul. This is why the term “Black Soul” is used to describe those souls of sapient creatures. And that is also why it is abhorrent to Arkay and the other Divines to utilize Black Souls- these things are not merely sources of power, but entire other beings in and of themselves, and utilizing them as power sources is a violation of the very concept of selfhood to the highest degree. A being’s AE will struggle mightily against this violation and, were it not for Mannimarco’s ascension as the Necromancer’s Moon, likely succeed as its freedom is enforced by one of the beings who comprises the very fabric of existence.

As a soul dissipates, it returns to the Dreamsleeve, the collective unconsciousness that suffuses all creatures and the mechanism through which mortal souls are recycled. The vast majority of souls, sapient or otherwise, are refreshed, with one’s Animus dissipating as its AE is overwritten with junk data into a new being. However, devotion to certain powerful beings, such as Aedra and Daedra, allows for the preservation of one’s AE within their respective afterlife. The patron being absorbs the Animus of its client being into itself, and as such the less powerful being’s AE is preserved as an aspect of a greater whole. Additionally, there are certain memetic complexes that exist in the Dreamsleeve, rogue remnants of souls who hijack the process of overwriting souls to insert their own selves into new beings. The most prominent examples of these are the Nerevarine and Shezzarine prophecies. On the other hand, souls that are captured within gems are shunted into the realm known as the Soul Cairn. While most of a soul’s Animus remains within the gem, its AE and any expended animus are drained into this dreary realm, a miserable existence dictated by the whims of that realm’s gaolers, the Ideal Masters.

However, there is yet another part of an egg, one that is often overlooked- that is, the liquid surrounding the yolk. From the interplay of Animus & AE flow the Waters of Memory, the fluid, third part of a soul that is sourced from, suffuses, and surrounds the greater part of the whole. The strength of the AE of any individual Soul dictates the flow, and thus clarity, of the Waters of Memory from its given soul, and it is this that causes black souls to appear dark to mortal eyes. The author wishes to draw attention to the three verbs used to describe Memory. It does not merely surround the Animus and AE; rather, they soak within its embrace, slowly becoming marinaded by the seasoning of self that Memory imparts. It is this fluid that may cause the Animus to remember echoes of that which it once was, seeping into the energy and giving it meaning beyond raw power. Memory causes a mass of Animus to become the Self’s Animus; in turn, this self-infused power enables one’s AE to better know oneself, forming Memory of greater quality and quantity. This is also why younger and less complex beings tend to demonstrate a lesser degree of self- their Animus is less tinted with its own selfhood than that of an older, or more complex being.

Weaker AE, such as that of a mouse, produce basic recollections, transparent of much sense of self; stronger AE produce well-remembered narratives, dyed deep with a being’s own personal interpretations of happenstances. It helps here to picture a puddle first, and then the ocean- the puddle is the Memory produced by a single mouse, shallow and transparent; the ocean is the single largest store of Memory that we are aware of, deep and dark as it is comprised of the Memory of countless beings. When a being dies, the Water of Memory leaks from their body, eventually becoming one with the rest of the waters of this world, mixing with the Memory of other beings. This jumbled Memory escapes mortal comprehension, but mages with enough power and know-how are able to extract individual memories from the accretion, given enough time and an idea of what to look for. It is also this Memory that washes over the Animi and AE of dead souls, slowly stripping them of their self by overwriting the soul with this garbled information.