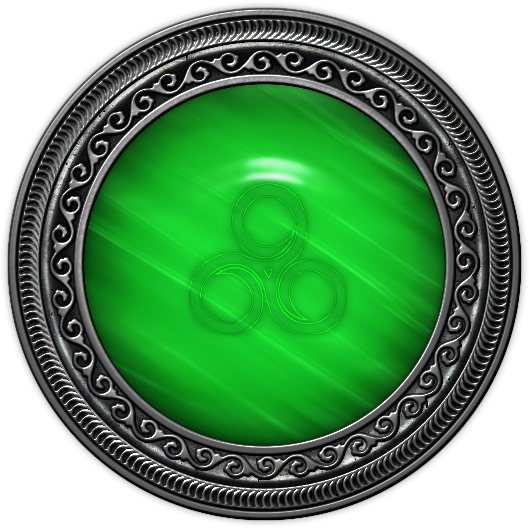 Illusion is a curious form of magic, in that despite its most common uses being geared towards the violation of another’s mind, most do not appear to mind the presence of an Illusionist nor its casting. It is possible that this is the case because the effective use of Illusion magic requires the keenest minds and the subtlest touches, or potentially because the use of Illusion magic is so rarely noticed by any but the caster.
According to the College of Winterhold, Illusion Magic is defined as all magic the influences the thoughts or actions of another, alters the senses, or manipulates the mind. This incorporates spells that affect memory, the perception of the world and the thoughts of others.
Illusion Magic is ‘classified’ in three main forms: Behavioural Manipulation, Mental Manipulation and Sensory Manipulation. However, there are some lesser known forms that are also classified as Illusion Magic, such as Sympathetic Magic.

Behavioural Manipulation is the most commonly used form of Illusion Magic, as it is the most overt – whilst other forms require a keen awareness of both the target and the surroundings, Behavioural Manipulation is more of a…brute force effect, so to speak.
Simply put, this category of spells acts more like a drug than a true illusion. The Runic Matrix causes Magicka to be forced into the targets brain, altering the thought patterns and causing some behavioural change, much like poisons or alcohol do.
There are four main forms of Behavioural Manipulation: Spells that induce a Fury, those that induce Fear, those that Inspire and those that induce Calm. Fury Matrices are marked with a Neht (N) and cause the target to fly into an uncontrollable rage, essentially a form of psychosis. Fear Matrices are marked with a Cess (C) and cause the target to be compelled to flee the area. Inspiration Matrices, marked by an Iya (I), cause the target to lose their inhibitions and become more…energetic, so to speak. Calm Matrices are all marked with a Roht (R), and force the target to relax, or in some cases, fall into a slumber.
Interestingly, despite the most common uses for these spells being in combat, or by those with malicious intent, Behavioural Manipulation is useful for the purposes of healing. The Calm spells can be used to reduce pain and ease panicking patients, whilst the other forms can be useful in the act of treating mental disorders and illnesses.

The spells classified as Mental Manipulation are typically focused on the altering of memory and thoughts. Suggestions on courses of action, brainwashing through magical means and the erasure, extraction and alteration of memories all fall under the purview of Mental Manipulation. The Runic Matrices for these sorts of spells are difficult to identify, at least for those unlearned in mytho-mathematics, who cannot identify the various equations involved in the spell. However, some common characteristics that exist within the matrices for these spells are the Daedric Runes Doht (D), Seht (S) and Web (W).

Despite the rather simplistic name, Sensory Manipulation is an exceptionally broad category of Illusion Magic. Although one might expect, and rightly so, that most Sensory Manipulation magic focuses on manipulating the senses of others, spells that induce night vision, greater hearing sensitivity and stronger senses of taste are also forms of this magic.
The most commonly used Sensory Manipulations spells are those that muffle the noise of one’s movement or prevent one from being seen. It is important to note that these kinds of spells do not actually reduce the amount of noise one makes or turn them invisible – that would, for instance, make the spellcaster invisible to themselves as well, which is a rather terrible idea. What these spells actually do is either affect the ability for others around the caster, usually within a certain radius, to accept sensory information, or causes a ‘suggestion’ in their mind to ignore the information the caster wishes to obscure. The Matrices of the former are commonly marked with the Daedric Rune Roht (R), while the latter tend to bear the Sigil Iya (I). It is important to note that, in accordance with Vanto’s Third Law, the more one makes themselves (or something else) unnoticeable, the more people become aware that there is something missing, and thus revealing that something is amiss, even if one cannot determine exactly what is obscured.
The self-affecting sensory manipulation spells are remarkably useful for everyday life. The ability to increase the strength of one’s hearing, to improve their ability to see in the dark – the usefulness of this cannot be understated. Unfortunately, the spells are incredibly complex, and can be incredibly risky to use, as they do involve altering one’s own mind. I distinctly remember a report from several years ago about a mage from the Mage’s Guild, back when it was still a functional organisation, who accidentally liquified a third if his brain in an attempt to greatly improve his vision. He did not survive.

The lesser known forms of Illusion magic are, more often than not, either incredibly difficult to perform, or purely for novelty. Some of the more eccentric mages of Tamriel have been known to utilise Illusion magic to record and play music in their laboratories and offices, while others enjoy using it to create copies of blueprints or maps to trace out onto sheets of paper or parchment. I have heard, recently, of a number of houses of ill repute that advertise the use of Illusion magic to heighten the sensations, in much the same way that the use of narcotics might. Having not visited them myself, nor spoken to anyone who has, I am unable to confirm whether they do use Illusion magic in these institutions, or even if Illusion Magic can be used in this manner at all.
Arguably the most dangerous form of Illusion Magic, however, is Sympathetic Magic. It is a rather odious form of magic that convinces the mind of the target that they are linked to a simulacrum of their form – a small doll or other effigy, for instance – and produces the sensation within the target of anything performed on the simulacrum. Stabbing the effigy with a pin, for instance, would cause a stabbing pain within the target. The use of this sort of magic is morally dubious at best, or a crime deserving of capital punishment at worst, depending on the regional laws.