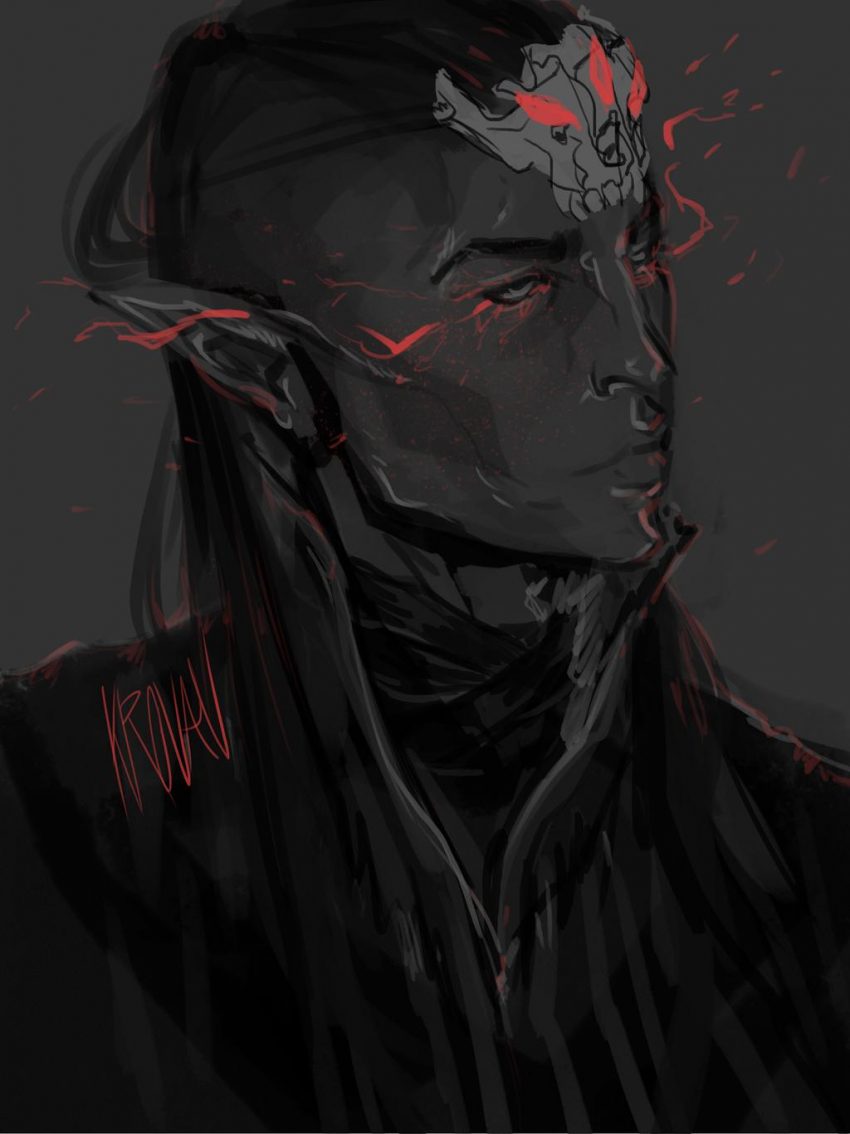 In this volume, which shall be my last, I present to you, my brothers and sisters, a detailed list of alternative methods used to reanimate bodies of the dead. Some methods can even be used without the need of Conjuration magic. Some methods are considered advanced magic, and are thus not recommended for those lacking skill or experience. If one is capable enough to learn these techniques, one should weigh the inherent dangers carefully before proceeding onward.

As any historically literate necromancer can tell you, the Ayleids, or Heartland High Elves to those unfamiliar with the one time rulers of the Imperial province, were well versed in, as they called it, flesh sculpting. This skill has become all but lost to time, and unfortunately little is known of it. However, rumours tells of those who have kept this practice alive, and are still able to practice this fine art today. I don’t know where one would find them, but I wish you good luck in finding them.

Dwemer automatons may also be considered among the reanimated, for they are often powered by souls through a magical means unknown to the world. Much like the flesh sculpting mentioned above, the ability to craft such beings has also been lost to time, and so there is little more I can say in this regard.

There are also tales of a witch bound to the service of Sheogorath, who followed unknown paths of knowledge and subsequently discovered the means of creating golems of flesh not unlike the atronachs our summoner cousins are so fond of. These tales speak of crafted sections of a body sewn together with thick stitching. The method of creating these limbs is unknown, but it is said by those who have survived an encounter with these fantastical constructs that the flesh is engraved with strange symbols, which may hint at a ritual method of manipulating the flesh. These golems have not, to my knowledge, appeared anywhere upon Nirn, and may only be found within the realm of the Mad God.

There have been cases of so-called necromancers utilising Destruction magic to animate their corpses. They use magic to encase the body in a shell of ice, or flame for the more flamboyantly inclined, and use this shell as an exoskeleton with the extra benefit of protecting the corpse within. This is not true reanimation, however, and is thus beneath those of us who have chosen to study the higher mysteries of Necromancy.

Finally, there are rumours of certain followers of Namira who are able to, through power gifted by their patron, control the very decay present in any dead flesh, and sometimes in living flesh also. These necromancers, if the term can truly be applied to such persons, do not dominate the souls of the bodies they use, and as such do not follow the traditional doctrines we “traditional” necromancers ascribe to.

It can be theorised that Hermaeus Mora is the sole entity with complete knowledge of these techniques. However, bartering for this information, as with all Daedric deals, would perhaps end badly for any mortal foolish enough to make such an attempt.