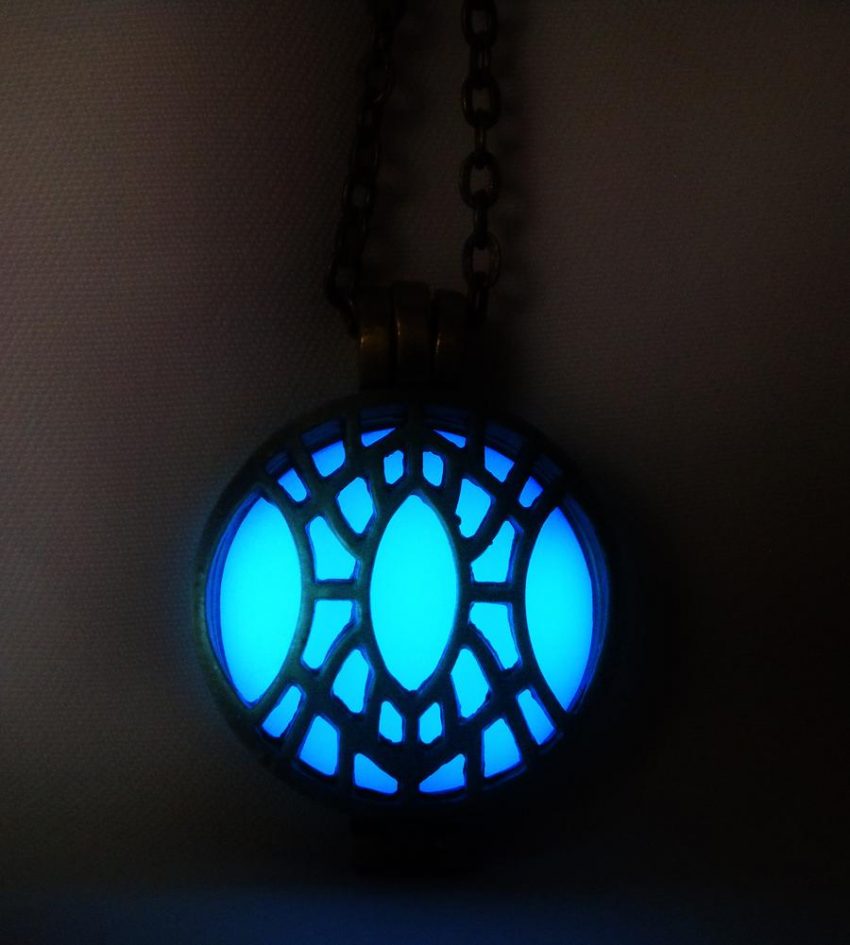 Transcriptor’s Note:
One of the great pitfalls of modern academia’s myopic fascination with relics from great tombs and Ayleid ruins is that it tends to find a lot of incandescent crystals glowing every color of the rainbow that ironically shed virtually no light on how people of the past actually lived. While my colleagues at the I.C.A.U. were busy announcing what Dwemer outpost they’re going to spend the entire yearly budget (and probably a few graduate student souls) exploring, I just happened to look into my sweet neighbor Dynatia Geelteus’s request about a small cache of old artifacts workers found while excavating to expand her shop’s basement.

Who would have guessed that while we scrape the bottom of the barrel to plunder every single crypt for the last few legendary maces of +10 stamina damage, the real cultural treasures have been here all along, moldering beneath the ground of our city that’s been continuously inhabited by man and mer for at least 5,000 years. But by all means, don’t take my grant proposals.

This artifact appears to be a piece of entertainment or propaganda of an unknown format. The physical object is two smooth translucent disks that can freely rotate around a single axis, apparently intersecting in physical space but able to pass through each other freely. Each disk individually is covered in Remen-era proto-Cyrodiilic text which this researcher is not fluent in. Nonetheless, when focusing not on the individual disks but instead the system as a whole, one is somehow able to pick out and resolve the competing overlapping fragments into clear meaning and even full color images.

Since this style of pictorial dissemination has been lost to time, this scholar will merely have to transcribe the language and events into mundane text for publication. Originally an artist was commissioned to recreate the images for closer inspection, but for some reason this style of tele-memetic transmission resists such replication. The images flee from the mind like fragments of an interrupted dream the moment a brush touches canvas. Until further investigation, it is unclear whether this is due to the metaphysics of observing a message through conflicting constituent aspects or if it’s some type of copy protection.

[A tall dark structure lies suspended high above the twin planets Zenithar and Mara. Three figures drift towards it, all decked out in full mundane-simulacrum frames of imperial mothsilk1 — a near-necessity for all but the most tenacious mortals in the interplanar stretches of oblivion. The wingcloaks of the suits flap slowly, propelling them forward and giving off gentle fuchsia pulses with each beat. In the background behind the three figures is an enormous moth imperator. The behemoth floats lackadaisically in the void, sunning the hanging gardens in its wings and the silver cathedral built into its back with the rays of distant Magnus.

YAL — “Remember: this warp-spire has been allegedly abandoned, but that just means there are no Alinori soldiers in there. These empty things have a tendency to accumulate all sorts of riff-raff, fugitives, and Khajiit before the last sunbird is even out of sight.”

XEIRSAAR — “I once found a grounded Akaviri cloud litter on the fourth ring of Kynareth. It was a tiny thing, no bigger than a large hut. And yet, when my egg-brother cracked open the hatch no less than six kaoc Khajiit shot out and scattered to the winds.

[Clai laughs as the party reaches the surface of the spire. Xeirsaar pulls out a small set of tools and gets to work on removing a silver plate from the surface while the others wait.]

XEIRSAAR — “I tried to grab one but they were the small quick ones that seem to squirm out of your reach before you’ve even considered moving your arm. We got the last laugh though. All the original Akaviri artifacts had been stripped away, but inside the Khajiit left behind a 10,000 drake cache of moon sugar — ahh, here we go.”

[The armored plate pops out of place and Xeirsaar spins it like a discus out into the void. Clai draws her catalyst staff and drops into the exposed hole. After a few seconds the others slide in after her.

The party emerges from the ground of a huge cylindrical colony with livable space wrapped around the spinning inner surface. The habitat environment looks it was plucked right out of the Alinor countryside — well-trimmed gardens filled with fountains and flowering trees blanket the gently rolling hills, soaring prismatic palaces shimmering in the artificial noon-light dot the landscape, birds flit to and fro among the trees and wheel through the expansive central sky. The crew removes their bulbous M.-S.F. helmets.]

CLAI, letting out a slow whistle — “Woah. Nice place. And the Dominion abandoned it? Why in Mundus would they do that?”

YAL — “Uhh, I know the high elves have strange architecture, but I’m pretty sure that one wasn’t built that way.”

[Yal points to one of the palaces behind the crew which is significantly shorter than the others. Rather than coming to an elegant peak, the blunted top is ragged and gashed, with chunks of shattered crystal and steel strewn all around the yard. Several trees on the surrounding hills appear to have been wrenched up by their roots and more deep gashes can be seen in the gardens themselves.

All at once birds from the surrounding area all take flight at once and stream away from the ruined mansion as a low hum begins to emanate from it.]

[Two title cards: “CAPTAIN NERO” and “CHIEF CARTOGRAPHER GAILIEL.” Gailiel is lying on her back in the glass-roofed observatory when Nero swings open the door and strides in. The top of the panel shows the canopy of brilliant stars speckled across the void of oblivion.]

NERO — “Hey Gail. Looking for something?”

GAILIEL — “There are 1,007 other known Magna-Ge tears out there. Who knows how many have their own system? Their own planets?”

GAILIEL, breathlessly — “I’ve been thinking about this ⁠— that might merely be a matter of perspective. The Bosmer of my old homeland worship Y’ffre chief among all gods, while you Alessians relegate her to barely a footnote as merely one of the Earth-Bones. Perhaps the inhabitants of a sub-planet of Thief-IV have done the same with Magnus, and venerate their own king tear of the Magna-Ge instead.”

NERO — “That’s an interesting hypothesis, so where’s your proof?”

GAILIEL, exasperated — “Well surely that’s what explorers like us are for. Until we try, who would know?”

[Gailiel stands up and looks at Nero for the first time.]

GAILIEL — “Sorry. That’s why I’ve been so frustrated with our orders to set back for Tatterdemalion. I just want to push forward, not retrace paths that a dozen mananauts have tread before.”

[Nero smirks mischievously and pulls a two-disk tele-memetic device out of his pocket.]

NERO — “Oh these orders? The ones I read conspicuously aloud to everyone in front of that ‘merchant’ sunbird on Dibella?”

[Gailiel catches on and grins back in return while Nero crushes the disks with one hand.]

NERO — “Oh don’t worry, as soon as the exploration team gets back I have a much more interesting destination in mind…”

??? — “WILL YAL’S AWAY PARTY ESCAPE THE DANGER? TUNE IN NEXT VOLUME TO SEE THE INTREPID CREW OF THE MYRRHMIDON’S NEXT GRAND ADVENTURE!”

A young Cyrodiilic woman stands confidently, holding a butterfly net leaning across her shoulders with one hand and presenting a sealed glass jar with a silver-green moth inside with the other.]

??? — “Octavia is in charge of tending to the needs of ALTRRUHN, the moth imperator that serves as the foundation of the Myrrhmidon2. While the species doesn’t require mundane food or drink, its wings need to be continuously checked for voidmites or the dreaded silk shalks that have brought down multiple N.V.N. mothships.

When the crew makes landfall, Octavia keeps the Myrrhmidon in an chronoglass — a jar blown by the famed Glass-shouters Guild of Windhelm. The Nords say that Kyne’s breath fills the glass so uniformly that not even Akatosh has room to get in. Storing the Myrrhmidon inside will keep ALTRRUHN in near-perfect unaging stasis — important since moth imperators are hard to find, even harder to train, and don’t tend to live a particularly long time.”

Transcription endnotes:
1 To see a rare surviving M.-S. frame from the era in person, contact Professor Hlov Gateri at the Imperial City Arcane University who regularly displays one from his private collection in his office. He’d love to talk to anyone who’s interested about the Remen-era New Void Navy.

2 The Elder Council Public Archives keep records of every known moth imperator of the first, second, and early third eras and ALTRRUHN is not on the list. The existence of other places, events, and individuals listed in the text is harder to ascertain, since many of those records are still held in confidence by the Royal Imperial Mananauts and are never disclosed publicly.