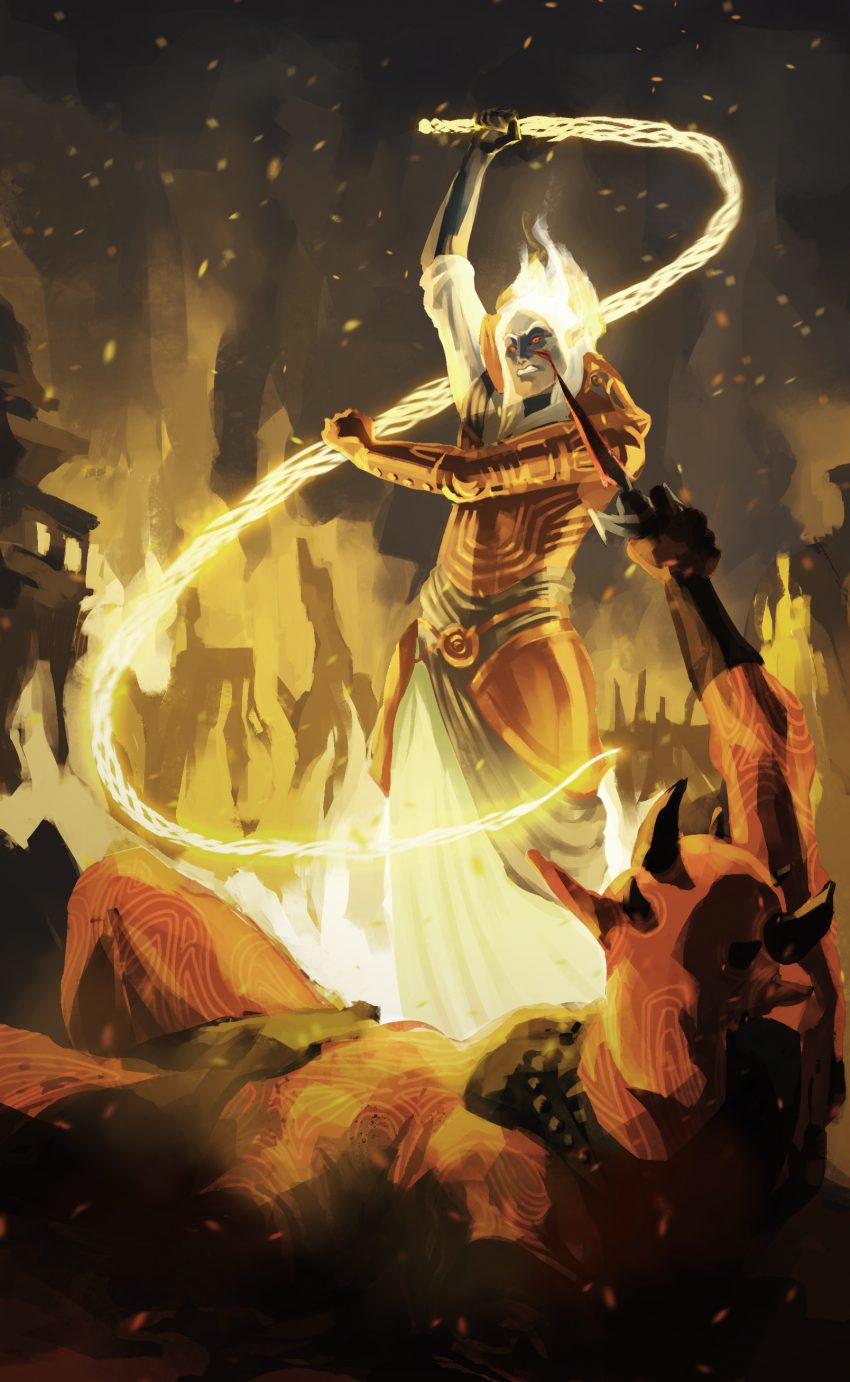 As has been discussed previously in this modest publication, the mechanics of the games stand separate from the lore of The Elder Scrolls universe. Yes, the games are a medium that give us an oculus into what Tamriel is or could be, but what happens when the two don’t exactly mesh well?
Such is a conundrum often discussed within the well-populated confines of the r/teslore subreddit, wherein rule 3a states “Game mechanics and limitations aren’t considered lore.”
Take Elder Scrolls Online, for example, where soul gems (at least as of Update 12) have no categorical distinctions and are simply “soul gems,” allowing us to not only recharge the enchantments of our staves and greatmauls, but also to resurrect ourselves and others, despite there being no black soul gem present.
This is something I would be loathe to point out as “lore,” as it is clearly a simplistic way to give soul gems practical use, while also removing the clutter and confusion that surrounded the various tiers of soul gem available for use ingame. It was a choice by the developers solely for mechanical benefit and ease of use.
Another example of game mechanics would be the cooldown on Shouts in Skyrim. While yes, the cooldown may perhaps represent some sort of exhaustion, the cooldown itself is merely a method of balance, ensuring that we can’t walk through a dungeon, repeatedly clicking the Ability button and Fus Ro Dah-ing all enemies out of our path continually. Again – mechanical benefit, this time for balance.
Or perhaps the spellbooks in Skyrim. Some have joked that the Last Dragonborn eats the books, as using them instantly removes them from your inventory, rather than giving you a visual representation of the contents of the book. As a result, the books are “consumed” similarly to potions or food. The alternative would be using the book, learning the spell, then opening up the possibility of selling the book back for a rebate; it would simply break the game’s balance. The Dovahkiin shouldn’t be able to get spells essentially for free. Once again, we see a mechanical solution to a simple balance issue.
Or perhaps the zone chat feature of Elder Scrolls Online? Can we assume that there’s some magical method of long-distance communication present in the Second Era of Tamriel that allows a mediocre sorcerer in Valenwood to communicate with his Khajiit buddy in Wrothgar? And that everyone has access to this magical communication system? Now some lorebeards may shrug their shoulders and say “well, memospores are a thing,” and that’s fair. Although there’s no actual dialogue reference to memospores being a common method of communication in Tamriel. So are zone chat and whispers and the /yell feature lore? I’m thinking not. 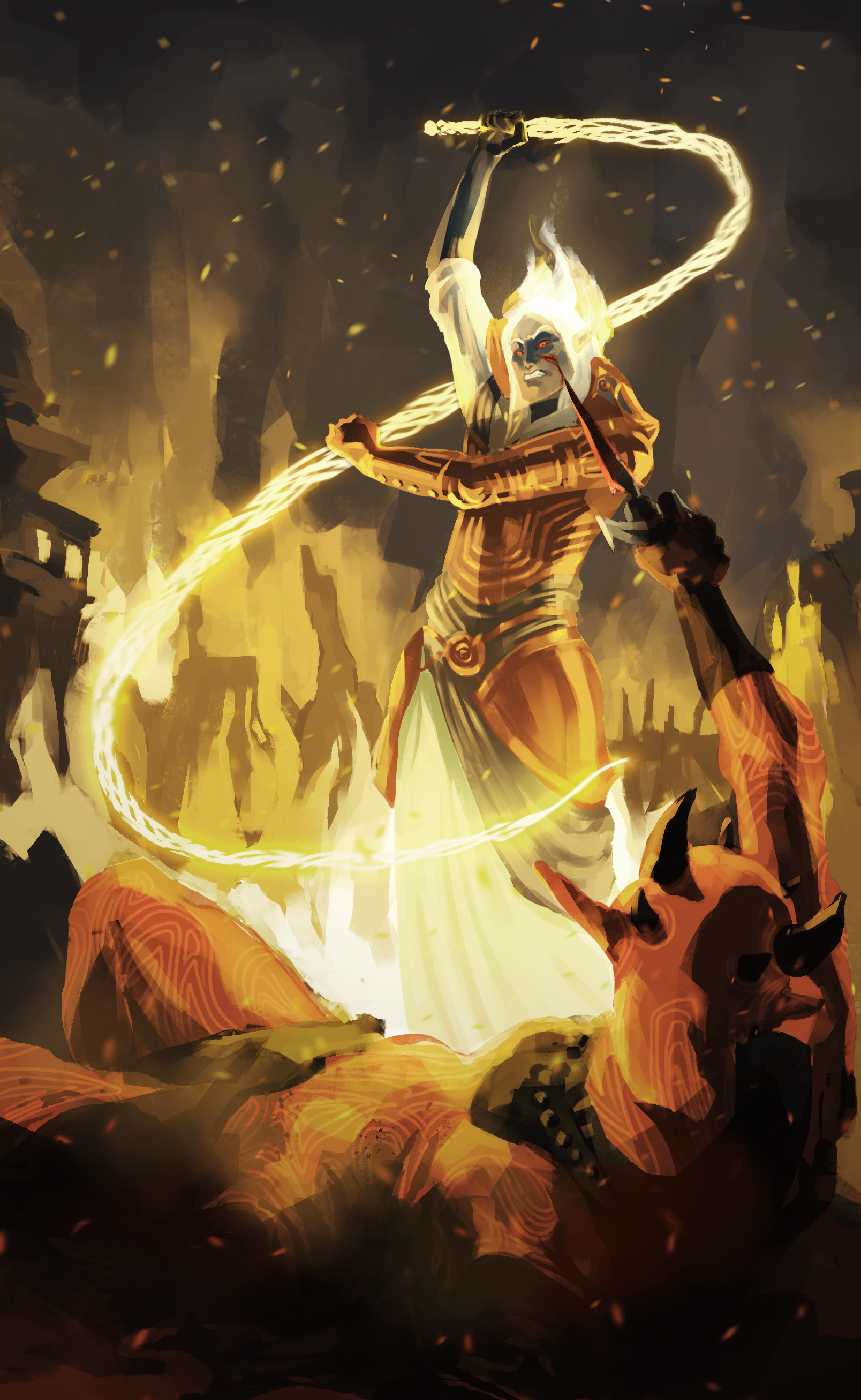 While situations like this are clear cut-and-dry examples of mechanics rather than lore, the issue here is that placing a hard-and-fast metallic partition between the two is, with other examples, easier said than done.
Few will question Bethesda’s right to modify what is expressed in their games, but at what point do the changes or inclusions affect lore, if at all?
One example is Creeper, the scamp merchant we first find in Morrowind, who lounges in a manor in Caldera, surrounded by Orcs. According to Mark Nelson, Writer and quest designer for Morrowind, Creeper was added as a result of losing a bet with a friend. As he said in an interview with Polygon:
“I had lost a bet to one of my best friends, and I told him I’d put him in the game, and he was a drummer, so I put him in as a scamp merchant.”
However in Oblivion, Clavicus Vile’s canine counterpart Barbas mentions that he “was a scamp, making deals with Orcs,” effectively solidifying Creeper as a figure in lore rather than as simply a game mechanic or dev in-joke.
A more mechanics-based example might be the birthsign mechanic first added in Morrowind as a way to offer extra pros and cons to the capabilities of your character. This was furthered in Oblivion, which maintained more or less the same individual mechanics in birthsigns between the two. However when we get to Skyrim, the birthsigns are present, but in the form of Mundus Stones, removing the permanent nature of the Aurbic Zodiac and making it more malleable.
Which one do we accept as lore, and which one is simple game mechanics? Is it both? Neither?
Likely the most famous mechanics/lore comparison (and I hate it) is the idea that CHIM is a meta reference to access to the construction set and console commands, and some would go so far as to suggest that Vivec’s dialogue in Morrowind actually encourages players to make use of console commands. Personally, I’m unmoved by this interpretation, and I feel to equate CHIM to developer tools does the metaphysics an injustice. Is the idea invalid? No, of course not. The fact of the matter is that CHIM-as-console is a potential blurring of the lines between what constitutes game mechanics and lore.
What about the infamous “Skyrim Space Program?” In Skyrim, there exists an notorious bug (or perhaps feature, considering it was never patched out of the game) wherein death at the hands of a giant results in the player character being launched high into the air, cartwheeling in a stratospheric display of strength and grotesquerie. Is this an actual thing giants are capable of? Or is the physics engine simply reacting in strange ways?

To you, dearest reader, I pose a question of the rhetorical variety; what is the potential result of allowing game mechanics to influence our understandings of the lore?
To preface my own musings, I need to point out the angle from which I view lore in the first place. While many view The Elder Scrolls as a game series first and foremost, I am not among them. Coming from a background of literature, philosophy, and roleplay, I tend to lean away from explanations of things that create real-world connections (outside of the odd subtextual meta commentary). While many may agree that TES is a game that knows it is a game, I instead suggest that TES is a text that knows it is a text. Now when I say “text” I don’t mean the purely writing variety. In scholarship surrounding pedagogy (or “educating youth” for the layperson), we view a “text” as any object that is “read” and/or “interpreted.” Bar graphs are a text, movies are a text, instructions are a text, novels are a text, and so on. It is in this way that I view The Elder Scrolls – a text to be interpreted.
The former interpretation leads folks to a more technological hue in their lore, for example that TalOS is the operating system of the Aurbis, that Khajiit are a form of antivirus, the Dream is a computer (your computer, specifically), and, as I mentioned above, CHIM is a 4th wall break that demonstrates a self-awareness of this technological foundation.
My interpretation of the lore is tinted in a much more abstract way – Vivec knows he is a figment of imagination, the Dream is a literal dream, and everything is a metaphor for some cerebral process rather than a technological one.
Naturally, given these two somewhat conflicting ideas, it becomes understandable that there’s oftentimes such a fuzzy line between what constitutes game mechanics and what constitutes lore.
Ultimately, the takeaway is that while lore and game mechanics can influence each other, such as with Creeper, the two are still separate. But the line between them is a significant degree more blurry than we may pretend.