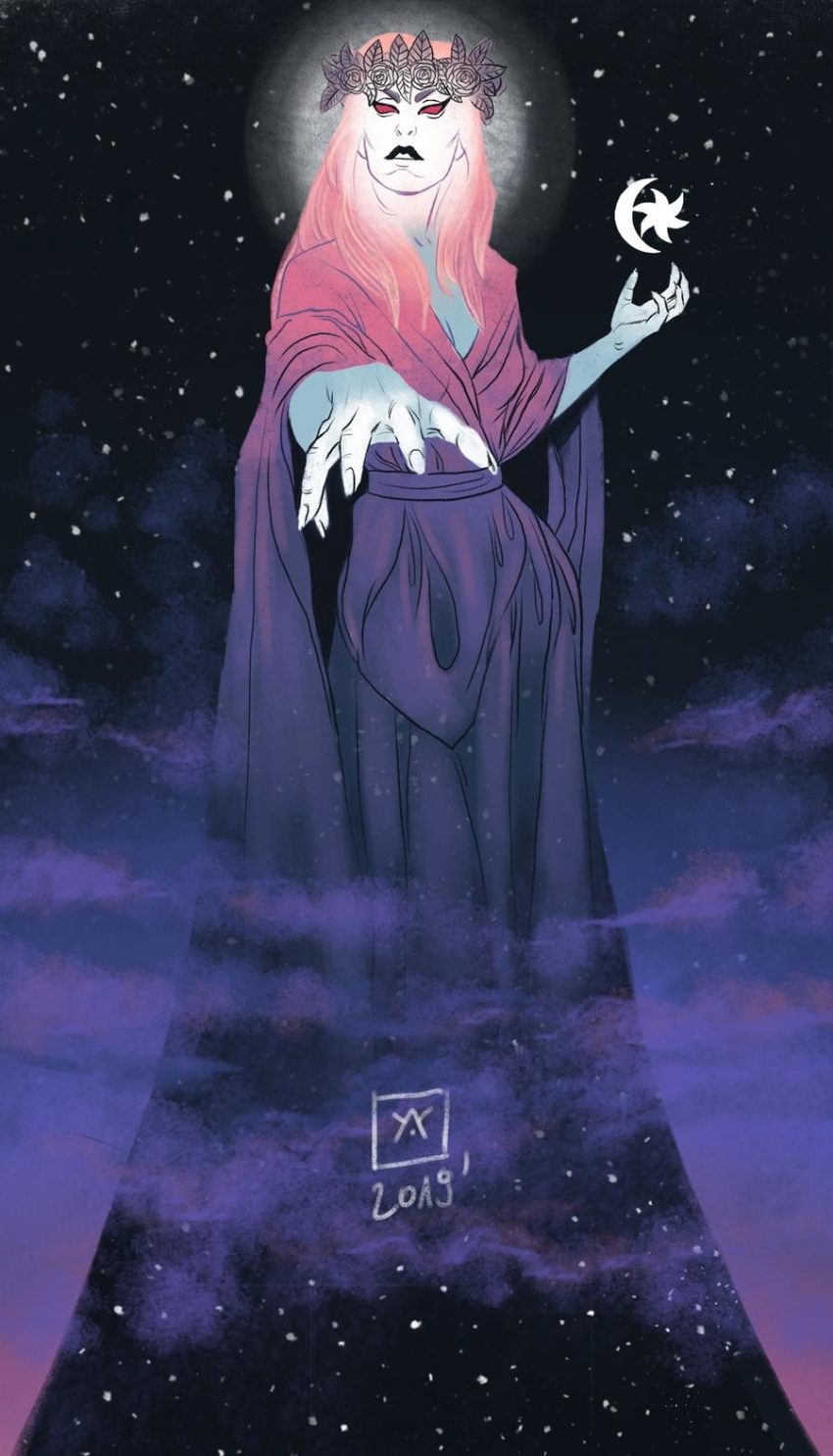 Report Intended for Commander Maro of the Penitus Oculatus
Two Notes from the Author: These reports are considered top secret and unless they have been declassified, reading passed this point without proper clearance is a crime against the Empire.
This is the first part of a series of reports documenting my infiltration of the sect known as the “Church of the Starlit Path” for the Penitus Oculatus. This rather curious group, which formed shortly after the White-Gold Concordat, seemed to you to warrant investigation.

“Welcome, Followers of the Starlit Path. Praise be unto Shezzar, whose name is Freedom and who set us on the Path.”
The congregation repeated the Breton’s words.
“Praise be unto Magnus, who gave us the light of magic and the greatest star that lights our Path.”
Once again, his words were repeated.
“Praise be unto Nocturnal, whose scolding and praise make us stronger as we journey this strange path.”
Again, he was repeated.
“Praise be unto Azura, who at dusk and dawn gives us the secrets that we need to walk this strange way.”
For the final time, he was repeated.
“I am Takar, Priest of the Starlit Path,” he said, “and it seems we have a new visitor tonight,” he pointed to me. “Stand up friend; let us know your name.”
“I am Pelinial Iron-Hands,” I replied, lying about my identity.
“A Cyro-Nord, eh? Interesting. Tell me, do you seek to follow the path, or simply learn of who we are?”
“I don’t know yet. Tell me, are you in charge?”
“There are no leaders here except for the gods we serve. I am a teacher and a healer, but still a Follower of the Starlit Path, like everyone else.”
“Well, I suppose I’ll stick around, learn who you are. Think about following your path.”
“This is fine. We allow all who seek to learn here. Speaking of which, tonight’s sermon is on Shezzar and the Path itself. As I said at the beginning, Shezzar’s name is Freedom. But what does that mean? At the beginning, Shezzar saw the Aurbis and saw a prison. He came to the other spirits and talked to them of being parents, because he wished for a world where his children could be free. As the world was on the verge of being finished, he gathered three spirits who did not want to sacrifice parts of themselves to make the world, Magnus the Architect, Azura the Prophetess, and Nocturnal the Lucky. He said to them, ‘I know you do not wish to make sacrifices for the new world, but I fear I shall soon be betrayed and sundered by spirits who do not understand the purpose of the Undertaking. I shall give birth to my son who is also me, but I fear that even as I am reborn in many forms, divine and mortal, I shall not be able to guide my mortal children on the Starlit Path to freedom. Please, will you help guide them?’ The three then agreed to aid him in this task. Magnus came up with a plan, ‘I shall make the sun and guide them in the day. I shall ask others to make the stars to guide them in the night. Nocturnal and Azura, as your domains are night and twilight, you can do the same.’ They agreed to Magnus’s plan. Shezzar’s prediction came to pass and he was split into three pieces, which are now called Masser, Secunda, and the Heart of Lorkhan. The moons watch over the world, while his heart provides it with its spark. Through this spark, Shezzar has appeared to us. Just as he said, he gave birth to his son Shor, who was also him. When Shor died, Shezzar gave power unto many born mortal in order to guide us, freeing the innocent from tyranny. It was great Hjalti who walked the Starlit Path and became like Shezzar, who became Talos. Give praise unto Talos, for Talos is Shezzar’s greatest champion. If Hjalti could walk the Starlit Path, then so can we.”
“Amen!” yelled the congregants.
“Let us feast now. The Follower called Marcus has given us a great bounty of game for tonight.” The congregants cheered at the priest’s words.

Commentaries on Report One:
So far, the sect does not seem dangerous. While Talos worship is technically outlawed, that is the business of the Thalmor, not the Oculatus. Their faith clearly shows Alessian influence, although I also seem to sense some sort of Dunmer influence as well. I shall continue watching them until you see fit to close the case. I eagerly await your response, Commander Maro.
Inspector Martin Dugal, ending report.

Queen of the Night Sky | Art by Machoniola, DeviantArt