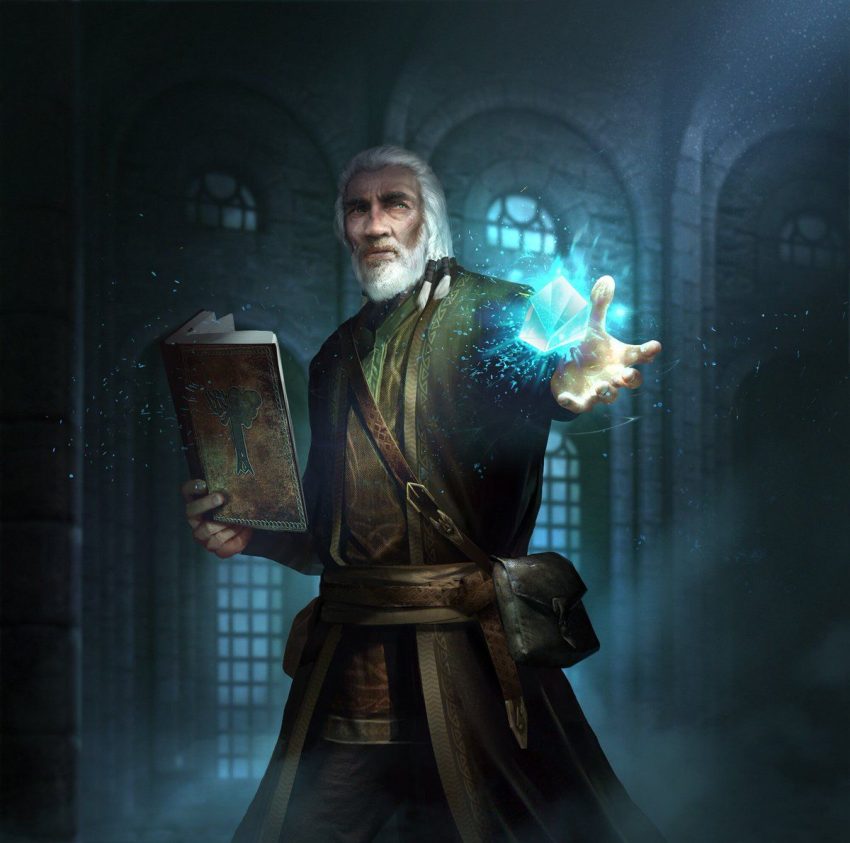 Where Illusion is the form of magic that alters the mind, Alteration is the form that manipulates physical matter, reshaping the world to the user’s desire. Despite being the seemingly most eclectic categorisation, almost all Alteration magic functions under the principle of manipulating the makeup of an object.

Defined by the College of Winterhold as the manipulation of physical, non-organic matter, this section will discuss the methods by which some of the most popular and commonly used Alterations spells function.

The Flesh Armours are one of the most famous members of the Alteration school, known partly for their relative complexity and their functionality. Spells such as Stoneflesh, and its more advanced siblings alter the manner by which the air surrounding the caster behaves, reshaping the nature of the substances within (such as the Carbonic Gasses) into that of a solid substance in the caster’s immediate area. When one utilises such a spell, the physical aspects of the gasses, minute fragments of matter that form the fundamental building blocks of existence, are forced into a new shape and arrangement – that of the metal or substance chosen to armour the person.

The Oakflesh spell is regarded as the simplest of these forms of magic for that reason – mages and alchemists have long known that the primary component of wood is a carbonic, and such the gasses of this form present in the atmosphere can be woven into the long, timber-like strands of the spell’s armour. Ebonyflesh, on the other hand, is the most complex of these spells, requiring the user to reshape the aspects into that which forms the strong and flexible material.

These spells, however, are extremely temporary. As described by Traven’s First Axiom of Magic (not named for the famous archmage Hannibal Traven, but rather an ancestor of his), Mundus is a world of limitations, with every aspect bound to its ‘proper’ form. As such, the transformation of one substance to one unlike its original form will be undone within a few hours at most. This has not, however, prevented some of the more unscrupulous mages of Tamriel from tricking the foolish into purchasing a set of ‘magical armour’, making off with the payment before the reshaping is undone.

It should be noted that Elemental Protections work similarly – reshaping the materials of one’s clothing in order to no longer conduct electricity, no longer burn, etc. As they function under the same method, the use of magicka for these processes is similarly temporary. The only exception to this condition is the Transmutation spell, although the reason for this is unknown. The most widely accepted theory, first proposed by current Master of Alteration at the College, Tolfdir is that the materials are similar enough originally that the change is minimal, requiring more effort on the universe’s part to undo than it took to perform.

When one considers spells such as Telekinesis, one might assume, and rightly so, that the caster is manipulating the natural laws that allow the world to function in the way it does. Despite the appearance of doing so, and Alteration magic almost always requiring a significant understanding of these laws and processes, this is simply not the case. Once again, these spells require the manipulation of an object’s physical properties in order to achieve the desired results – although the process becomes somewhat more complicated.

Let us take Telekinesis as an example. While it may appear that a mage using this spell is simply causing an object to no longer be affected by gravity, the actual method by which the spell functions is far more interesting – and actually possible. When a mage utilises Telekinesis, they manipulate the object they are handling to become almost completely weightless – by converting the interior mass into energy.

Galerion’s Fourth Law describes that physical matter and energy are interchangeable, something supported by experimentation on Chaotic Creatia taken from Oblivion. When levitating a key, for instance, a mage must first convert all but the thinnest outer layer of the key’s matter into energy, allowing the object to become almost entirely weightless, and thus more susceptible to movement from the wind. This energy is then contained around the key, where it is converted back into the internal material once the key has been moved to its new location.

Thus, the magicka expenditure in a spell such as Telekinesis is two-fold. Firstly, one must convert the matter within the object into energy (which itself requires energy to do), and keep that contained within a charged Magicka field, whilst simultaneously influencing the world around the object to produce the desired effect – in the case of telekinesis, creating an oppositely charged Magicka field around the desired location the object is to be moved to.

Outside of Telekinesis, the most significant use of this technique is in the purification of metals from their ores. If one converts all the gold within a sample into energy, the surrounding stone and other materials will simply fall away, and the gold can be reformed.

Despite its long and varied history, and much to the bemoaning of Battlemages, Alteration has relatively few combat applications – although the few it possesses are immensely useful on the field of battle. There are two primary methods by which this may be achieved – manipulating the terrain, and by paralysing a target.

The former method is often either an extension of the previously mentioned Telekinesis technique, where large boulders are moved and then resolidified at altitude, or a reshaping of the materials within the ground. One can alter the arrangement of the particles of stone and dirt within the soil in order to bury a target’s limbs, cause the ground to become uneven, even create solid walls or stone spikes in a charging opponent’s path.

Paralysis, on the other hand, is a far more interesting method of halting an attacker in their movement. While some forms of paralysis target the nervous system (and are thus classified as Illusion spells), the form taught at the College of Winterhold instead makes use of charged magicka fields, and the laws of attraction and repulsion. By surrounding a person in a charged magicka field, and then creating several more identically charged fields around them, you can prevent them from being able to move in any particular direction. The classically taught spell optimises this, by shrinking the fields in such a way that the fields can be created as a ‘shell’ around the intended target that will last for a short period of time without continual magicka input.

Whilst not directly a form of Alteration magic, the study of the storage of magical energy and the subsequent “auras” the leaking magicka produced is closely tied to Alteration Magic’s emphasis on charged magicka fields. In order for magicka to be stored for any meaningful length of time (namely more than a few seconds), specialised materials must be used that can allow energy to pass into the material, but not release it.

Ayleid Sorcerers utilised specialised forms of meteoric glass for this purpose, making use of their internally refractive and reflective properties, continuously bouncing off internal walls of differing densities until the crystal is punctured, allowing a path for the energy to escape through.

Telvanni Mage-Lords are known to use their mushroom towers as vast Magicka storage devices, feeding the energy into the fungi as a sort of food source, aiding the tower in its growth. This energy, rather than being consumed, acts more as a catalyst for growth, becoming circulating throughout the body of the fungus through a series of nerve-like tendrils, much like the Magicka absorbed by our own bodies does.

However, none of these containers are entirely perfect, and as such, some leakage of magicka is observed in every instance. But where the containers crafted by mages are capable of holding magicka without significant losses for a considerable amount of time, our bodies are constructed in such a way that magicka can flow in and out of our circulatory systems unimpeded. As such, the magicka “leakage” we experience manifests as an “aura” of constant constant magnitude – except when a spell is being cast, when a body’s reserve of magicka is drained. These Auras can be detected via specialised spells that measure the localised quantities of magicka within an immediate area . It is notable that the magnitude of the fields surrounding undead individuals is significantly lower than that of non-undead, as the undead rely on the magicka they absorb to animate their bodies, lacking the innate biological processes that power the muscles of living beings.